A HuffPo article from yesterday (Friday, May 31) says:

Kathleen Taylor, Neuroscientist, Says Religious Fundamentalism Could Be Treated As A Mental Illness

An Oxford University researcher and author specializing in neuroscience has suggested that one day religious fundamentalism may be treated as a curable mental illness.

Kathleen Taylor, who describes herself as a “science writer affiliated to the Department of Physiology, Anatomy and Genetics,” made the suggestion during a presentation on brain research at the Hay Literary Festival in Wales on Wednesday.

In response to a question about the future of neuroscience, Taylor said that “One of the surprises may be to see people with certain beliefs as people who can be treated,” The Times of London notes.

“Someone who has for example become radicalised to a cult ideology — we might stop seeing that as a personal choice that they have chosen as a result of pure free will and may start treating it as some kind of mental disturbance,” Taylor said. “In many ways it could be a very positive thing because there are no doubt beliefs in our society that do a heck of a lot of damage.”

Though in this story she’s quoted as saying she’s not speaking of “obvious candidates” such as radical Islam, another story on the subject is titled Science ‘may one day cure Islamic radicals’.

Muslim fundamentalism may one day be seen in the same way as mental illness is today and be “curable”, according to a leading neuroscientist.

But it’s an idea I’d like to see propagated. I’ve long said I think it’s a shame there’s no category of mental illness named “religious illness” (as far as I know, anyway). I mean, look at some of the more obvious examples in the U.S. — the Phelps clan, Pat Robertson, Ken Ham — some of those people are crazy as hell. I couldn’t say whether it’s that mentally ill people frequently model religious memes, or whether religion drives people bonkers. Either way, it should be addressed, don’t you think?

May 30, 2013
One Hundred and Five Thousand, Nine Hundred Eighty Nine. Dollars.
Next Post 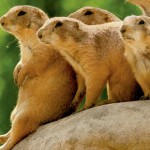 June 2, 2013 Prairie Dogs are Calling You Fat
Recent Comments
0 | Leave a Comment
Browse Our Archives
get the latest from
Nonreligious
Sign up for our newsletter
POPULAR AT PATHEOS Nonreligious
1

The Flocks Still Don't Like Evangelism:...
Roll to Disbelieve
Related posts from A Citizen of Earth