Yeah, About That “Atheism as Intellectual Luxury” Thing

So … THIS got written: Atheism is an intellectual luxury for the wealthy

It starts with the writer’s Reasoning Guy bona fides. An atheist at 16, Chris Arnade sneered at religion, even later becoming an actual scientist.

Three years later I did escape my town, eventually receiving a PhD in physics, and then working on Wall Street for 20 years. A life devoted to rational thought, a life devoted to numbers and clever arguments.

During that time I counted myself an atheist and nodded in agreement as a wave of atheistic fervor swept out of the scientific community and into the media, led by Richard Dawkins.

I saw some of myself in him: quick with arguments, uneasy with emotions, comfortable with logic, able to look at any ideology or any thought process and expose the inconsistencies. We all picked on the Bible, a tome cobbled together over hundreds of years that provides so many inconsistencies. It is the skinny 85lb (35.6kg) weakling for anyone looking to flex their scientific muscles.

And then this man of science and reason started photographing homeless people. Talking to them, he discovered they were all strong in their religious faith. Takeesha, Sonya, Eric, Sarah, Michael — decades on the streets as addicts and prostitutes, they know that God is with them, watching over them, keeping them together when nothing else will. According to Arnade, every crack house — in addition to its “needles, caps, lighters and crack pipes” — contains a Bible.

In these last three years, out from behind my computers, I have been reminded that life is not rational and that everyone makes mistakes. Or, in Biblical terms, we are all sinners.

We are all sinners. On the streets the addicts, with their daily battles and proximity to death, have come to understand this viscerally. Many successful people don’t. Their sense of entitlement and emotional distance has numbed their understanding of our fallibility.

I work peripherally with drug users and alcoholics, and I get to talk to a lot of them. Most of the ones I deal with are normal, everyday people who also happen to have this problem. Some are literal street people, hookers and hustlers and worse, others are family men and women with homes and careers. Some are even a bit upper crust, people flying high in life until they suffered auto or motorcycle accidents and got addicted to pain killers.

I’m always 100 percent careful to keep my opinions — of which I have few, because I know I have an 8-year-old’s knowledge of addiction, and I’m not qualified to draw conclusions with so little information — to myself.

But I’ve wondered more than once if this type of deep, deep faith has some direct connection to the addiction and hopelessness. If it’s not just another addiction, or at least an enabler of addiction. If multi-generational exposure to religious unreason, coupled with an equally senseless and abusive government approach to addiction, AND rehabilitation and treatment programs which perpetually emphasize the importance of religion, is what delivers families and individuals into these unimaginably harsh lives, cycling through years of drug use and rehab, drug use and rehab, on and on. I’ve wondered if people not taught to think, or taught NOT to think, are especially vulnerable. I strongly suspect they are.

But no, according to Arnade, this is all Richard Dawkins’ fault, that cold, inhuman, privileged sonofabitch.

I see someone doing what he claims to hate in others. Preaching from a selfish vantage point. 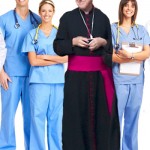 December 22, 2013
Beta Culture: Self Defense in the Medical Arena
Next Post 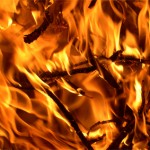 “First Moments in Heaven” — When...
Godzooks: The Faith in Facts Blog
Related posts from A Citizen of Earth