Atheism at the Bedside of the Dying

Atheism at the Bedside of the Dying June 7, 2014 Hank Fox 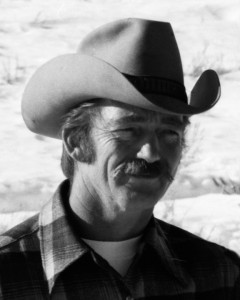 When I took my canine buddy Ranger the Valiant Warrior for that last trip to the vet, the doctor asked me to leave the room while he gave him the shot. I looked at him like he was crazy, told him flatly, “I’m not leaving.” I also asked him to give Ranger a shot of painkiller before the real killer. As Ranger died, I was there talking to him, stroking him, holding him, “You were the best, buddy! I’ll never forget you! I love you, handsome beast!”

When my Cowboy Dad was in the hospital dying, I was there holding his hand, applying a cool cloth to his forehead, talking to him, for four days. “I love you, Old Man. I always will. Thank you for all you did for me, all these years. You were the best thing that ever happened to me. The world is a better place for having you in it, and I’m a better man for having you as my mentor and role model.”

In each case, I was talking to someone who died immediately after.

A religious person might argue that this was a silly thing for an atheist to do, in that I believe the person “died dead” in the next few minutes. It would no longer matter what I said or didn’t say, would it?

But, first of all, if they only heard me for one minute, if they understood only some tiny fraction of what I was saying, it was still worth doing. Letting them know, in the final minutes of their lives, they were well and truly loved … I could never consider that wasted effort.

Second, it mattered to ME to make the attempt. This was the last moment I could say what I was feeling and have some hope of it being understood. It was the last moment, the last possibility of communication between the two of us. There being no sort of afterlife, this was even more important.

Third, the act is a reinforcement of a broader cultural practice, something I would like to see more of us doing. It’s a way of saying “This is the way we do it. This it the kind of people we are. We tell our loved ones we love them, in all the ways we can, and to their last moments of life, because we know there will be no other chance at it.”

May 26, 2014
Diving Into the Question of Free Will
Next Post 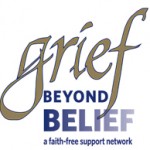