American Atheist: Toward a New Definition of Atheism

The following article appears in the September 2015 issue of American Atheist Magazine.

American Atheist is sold at Barnes & Noble, and a digital version is available via iTunes. Of course you can also SUBSCRIBE to it (hint, hint).

Toward a New Definition of Atheism

Sooner rather than later, every fledgling Atheist gets swept up in the definitional debate. Atheism is this, Atheism is that, agnosticism is the other thing, and one disturbingly insistent assertion pops up in every iteration: “You can’t prove a negative! It’s impossible!”

I always joke  that I CAN prove a negative — that gods don’t exist — but the proof only works with someone who’s already open-minded. In my book, “Red Neck, Blue Collar Atheist: Simple Thoughts About Reason, Gods & Faith”, I undertake to prove one particular negative: that Batman doesn’t exist. Given the definition of Batman — a guy who lives in Gotham City on Earth, who has a butler named Alfred and a protege named Dick Grayson, a man who is himself billionaire industrialist Bruce Wayne and who swings around the streets of the city night after night after criminals — he doesn’t and can’t exist. Since the very definition of Batman provides that he lives in Gotham City, a city which doesn’t exist on Earth (DON’T give me crap about that. Batman originated in 1939; all that “infinite Earths” stuff came up only in the 1980s.), Batman — the Batman, not just some “bat man” you might make up in your own head — does not and cannot possibly exist anywhere in the universe.

All the evidence points to Batman’s non-existence. In the case of the fictional character Batman, we know the name of the man who created him: Bob Kane. We know the names of the many actors — Adam West, Michael Keaton, Val Kilmer, George Clooney, Christian Bale, etc. — who have portrayed him in movies and animated features. If you asked any of those people if Batman is real, they might joke about it, but I doubt any of them would take the question seriously because they know they were portraying a man who is non-existent.

Plus, you know, fictional character.

So, in fact, you can prove a negative, under certain conditions. This type of proof is argumentatively ineffective against god because “god” is never defined in any concrete way. The concept of god probably even evolved toward a non-concrete definition so as to stave off questions about its provability.

Still, this business about the impossibility of proving a negative crops up in every discussion, over and over, with debaters slinging it out in perfect confidence at every opportunity. “If you don’t search the entire universe, you can’t prove that something doesn’t exist! It’s logically impossible! Therefore, you can’t be 100-percent Atheist!”

I often come across online postings of the Dawkins Scale, which asks the question, “Where do you stand?” I’m one of the few who answers that I’m a 100-percent, Level 7, “Strong Atheist.” Inevitably, the stated reservation of many others is that you can’t prove a negative because you can’t KNOW with 100-percent certainty that a thing doesn’t exist. There’s always that 0.000000000000001-percent possibility that the thing might exist out there somewhere. Therefore, it’s logically offensive to state that you’re a Level 7 Atheist.

But given the argued one-trillionth-of-a-percent possibility, you’re not talking about a God of the Gaps. This is a god diluted to homeopathic levels — a long, long way from the full-strength supposed Creator of the Universe. Just as homeopathy is ignorable, so is such an iffy god.

Yet, the persistence of the argument that you have to KNOW there’s no God or gods to call yourself an Atheist, and you can’t, so you shouldn’t — as well as the confidence of those stating it — is a source of perpetual annoyance. It is especially so, given the fact that the concept of gods was fairly obviously — to a non-religious person, anyway — made up by humans. You can sometimes observe the process in real time if you get into an argument about the nature of god with a religious person who usually has to make up fresh assertions on the spot.

There’s a way out of the problem, it seems to me, by side-stepping the seemingly reasonable argument and redefining “Atheism” to mean something slightly different. Something not just defensible, but inarguable and, fortunately, something it already means, but just below the level of notice.

Germane to this discussion, there’s this thing we humans started doing not too many hundreds of years ago. We call it “science.” And rather than something that needed to be logically “proved,” science was a philosophy, an outlook, a way of viewing the world around us.

Distinguishing itself from earlier ways of thinking — which included gods, devils, heaven and hell, supernatural powers, and personages — science isn’t a logical argument; it’s a thought-experiment. Up until that time, we’d had the definitive assertion of all these supernatural powers. Then we had this other idea, not so much the definite statement that those supernatural thingies didn’t exist, but the attempt to see what things might be like IF THEY DIDN’T.

Science is the thought-experiment that asks, “What if there are no supernatural forces at all? What if the world and the universe around us operates solely by real-world, natural forces?”

What would geology look like if there were no all-powerful god to set it all up just so? What would physics or astronomy be like if there were no supernatural will involved? What would weather look like without evil and benign spirits (or, according to some sources, gay marriage) affecting it? How does biology work in the absence of a capricious, unknowable creator? All too obviously, science became an especially fruitful way of seeing things. Modern civilization, and pretty much everything in it, is the result. Instead of taking up the argument regarding the non-existence of gods, science just goes about exploring, experimenting, examining, AS IF there were no supernatural forces at work.

Atheism, if we want to see it like this, is that same endeavor. Scaled down to personal-philosophy size, it is the thought-experiment of seeing the world, of conducting our lives in it, as if there were no such things as gods.

WHAT IF there is no heaven and hell, no holy telepath glaring down into our thoughts and actions to see which fate we deserve? How do we understand generosity, charity, decency, moral rightness?

WHAT IF the churchly billions are mistaken about all this god business? How do we know how to celebrate holidays or which holidays to celebrate? How do we educate our kids? How do we welcome newborns or mourn the departed?

WHAT IF there is no holy-book guide to all of life? How do we figure out what to do, how to live, how to treat each other, what sorts of things we’re allowed to eat or touch, whether we can perform work on Saturday or not?

Atheism can be precisely that. Not so much the assertion that God or gods don’t exist, but the ongoing thought-experiment of asking, “What if they don’t?”

In that case, we don’t have to waffle and nitpick about minuscule possibilities. We don’t have to argue about remotely-conceivable personages hiding out in a vast universe. We don’t have to prove or verify anything. We just have to say, “I’m choosing to try this thought-experiment. For the rest of my life, I will assume there are no supernatural super-beings anywhere in the universe and see what there is to gain from that.”

If you understand Atheism as a thought-experiment, you can confidently call yourself an enthusiastic, fully-engaged, 100-percent Atheist. Every one of us can be a 7 on the Dawkins Scale.

The powerfully positive outcome of the thought-experiment of science compared to the millennia-long, pre-science era when we tried that other mode of thought, religion and superstition — which is transparently also a thought-experiment — suggests there’s a great deal to gain, both as individuals and as a worldwide society, by simply choosing to be full Atheists and following through in every part of life.

October 18, 2015 Beta Culture: The Healthy Dog Registry
Recent Comments
0 | Leave a Comment
Browse Our Archives
get the latest from
Nonreligious
Sign up for our newsletter
POPULAR AT PATHEOS Nonreligious
1 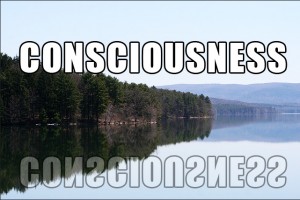 Nonreligious
Musings on the Nature of Mind
A Citizen of Earth 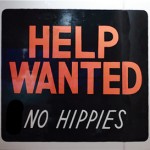 Nonreligious
Help (Really, Sort-Of, But Often Maybe Not Really)...
A Citizen of Earth 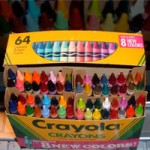