Response to “That’s Not My Goddess-Hekate” by Pagan Voices on the Grape Vine.

An Open Letter to “Pagan Voices”

You recently wrote and published an article entitled That’s Not My Goddess-Hekate on the Grape Vine.  I am guessing you were reacting to something you read, just like I am reacting to what you wrote.  It is not clear from your article though.

At the end of your article you suggested that readers should: “Call your mentor, your priest or priestess” if they were unhappy with the article.  Perhaps this is the reason that I have had more than a few frustrated emails and messages about your article.

Firstly, let me say that I feel and believe that your article was well intended and that it is clear from what you wrote that you have a deep love and passion for the Mysteries of Hekate.  It is not my intention to cause you hurt, nor to chastise you for your efforts in trying to get readers to think about the Goddess’s Mysteries and History in a more factual way.   I feel, like you, that it is very important.

In this letter to you, I am going to quote and then respond to some of the things you said.  I am doing so as a Priestess and Devotee of Hekate, and someone who cares deeply about Her mysteries.  Maybe we can work together and get you to edit some of the mistakes in your article?  I would be up for that.

Let’s address some of the more serious mistakes (which are actually few):

You wrote:
“You see, my Goddess is being inaccurately portrayed, lately…and She’s pissed about it. “

I agree with you.  Hekate, who is a Goddess worshipped by thousands of people around the world, is portrayed in an appalling way by some people, especially those who make attempts at reducing Her importance.

You wrote:
“Hekate was not originally a Greek Goddess.”

Where is your proof for this statement?  The oldest known depiction of Hekate, inscribed with Her name, was found in Athens. Athens has been the heart of Greece for millennia. It is however true that Her origins may have been in Anatolia, Caria, elsewhere in the Aegean, the Middle East or other bits of Asia Minor.  But it could also have been in Greece.  There are stories about the Goddess Artemis turning mortal women into Hekate, which I think is what your reference about the Princess being immortalised into Hekate is about; but the Goddess Hekate is much older than those stories. There are many myths about Her origin, none of them are absolute truths.  Mind you, I have in the past perhaps also believed the idea that she wasn’t originally Greek- and possibly even wrote it myself, but that is before I studied and looked deeper into Her history and found that we simply don’t really know for certain.

You wrote:
“Unlike today, ancient people were not so arrogant as to believe that they could “own” a god or spirit.”

I agree with you, however in the third line of your article, you refer to Hekate as “my Goddess”, indicating that you “own” the Goddess.  You wrote about the Goddess as if she is yours, but you don’t approve of others doing it?  Maybe you didn’t mean it like that, but that is what it sounds like.

You wrote:
“So when the Greeks met and fell in love with Her, they too began to honor Her.”

Again some of the earliest records of the worship of the Goddess Hekate is from Athens which is in Greece.  We have no record of the Greeks “meeting” Hekate, other than perhaps some friezes from a Hellenic temple in Caria.

You wrote:
“My Queen was not originally depicted with having three faces.”

Very true.  I can also not argue with you that the three-faces are later and that the idea of a Crone is a strictly 20th century invention, I wrote a blog (with carefully cited sources) about that some time ago.  You may have read it, but if not you might find it interesting:  Is she the Crone? Hekate’s Profanation.

You wrote:
“She also insisted that Her offerings be meals left for the poor to eat.”

This is not true.  There is no record that she insisted on anything like this that we know about, but there is a reference in an ancient Greek text, and in the later Sudas, which you quote, that the poor took the food left at the crossroad meals.  I really love it when modern devotees offer food to homeless charities or food banks as an act of devotion, it makes perfect sense.

You write about Goth Chic Hekate, and I have to agree with some of the things you wrote.  She certainly was never historically seen as just dark, scary nor gothic.  However, you also wrote:

“It wasn’t until the rather late developing tale of Persephone’s abduction, that Hekate developed this chthonic reputation”

You wrote:
“… it wasn’t too long before, She was ascribed the powers of a sorceress.”

Again I have no idea where this information is coming from.  Hekate is not a sorceress, I know some 20th and 21st century texts degrade Her to this role. 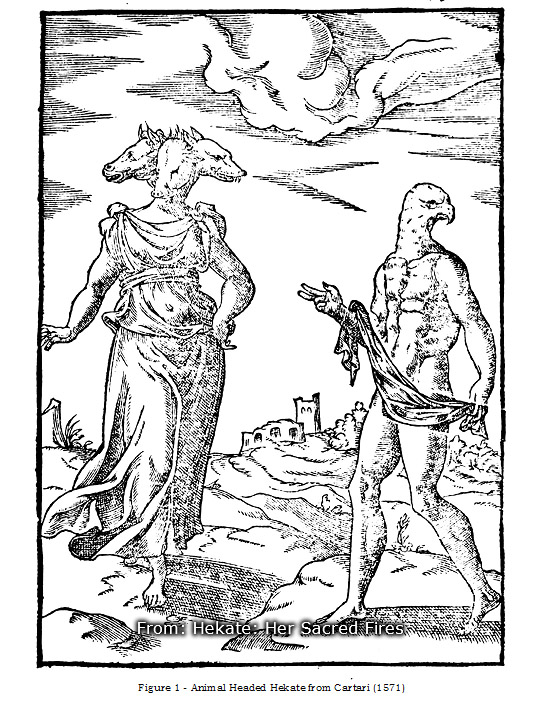 So as you can see, it is easy to make mistakes. Your article really only has a few small mistakes in it, but because it was you passionately sharing that you wanted to correct mistakes it has caused a reaction from people who are perhaps only noticing the mistakes – the latter perhaps because of the tone you took when you wrote it 🙂

It is always better to try and do your best to write about what you are passionate about, and to check the facts you find online or that you believe you know.  We all get things wrong!

I hope that this has been helpful to you.  You may also find the following resources helpful:

and the article: Is She the Crone?  Hekate’s Profanation

And the interviews : Georgi and Francine  Children of the Earth Interviews

Or my book Circle for Hekate, Vol.1 which looks specifically at Her history and the myths associated with Her.

ps. including this depiction of Hekate as Childs Nurse just for you (see below) as you so passionately mentioned it in your writing! 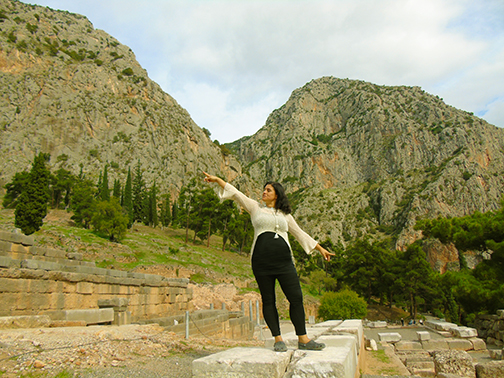 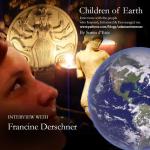 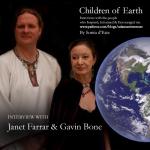 June 10, 2019 Janet Farrar & Gavin Bone - Children of Earth Interviews
Recent Comments
0 | Leave a Comment
"Just this past year a storm took down our splendid white pine. I had never ..."
Badgergrl Oak & Ash – The Season ..."
"Ophiuchus the 13th Constellation and snake-holder :http://stars.astro.illinois..."
StevoR The Shekinah – She is the ..."
"Belated thanks."
StevoR The Shekinah – She is the ..."
"I heard Owls or any bird of prey are also associated with Hecate"
Geriann Jones Identifying Symbols of Hekate
Browse Our Archives
Follow Us!