No denying it, the Goddess Hekate has become a pop-culture icon. Dozens of artists, writers and creators in the 20th and 21st century have been inspired to include Hekate in their stories and have made Her an object of their creations and art. And thousands, probably millions, have taken pleasure in seeing Her on-screen and forming images of the Goddess in their mind, giving Her space to manifest in these new “spaces”.  We can, of course, spend time and energy arguing the theology of the Goddess’ manifestations, and debate whether or not representations in modern pop-culture formats constitutes something spiritual, or whether it is just fashion. Nevertheless, unless Hekate herself manifests and communicates in an undeniably way the truth of the situation, all we have is our own opinions, and of course our personal experiences.  Even here on Patheos Pagan, I rather suspect there have been more blogs about Hekate than about any other deity – it must be frustrating for those readers less interest in Hekate (while the rest of us rejoice in the sheer volume and variety!)! 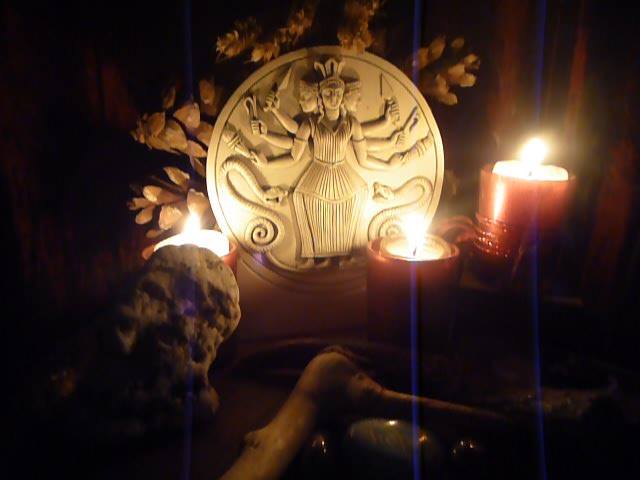 Before I continue, I would like to highlight that my friend and fellow Keybearer in the Covenant of Hekate Hazel used her academic skills to put together a valuable catalogue of such appearances in an article available (freely) on the Covenant of Hekate website  as “The Goddess Hecate in Popular Culture“. In this remarkable survey, Hazel collated information from literature, television, computer games and comic books in which the Goddess Hekate has made an appearance, even if the appearance was just a short cameo role. There are dozens of examples, and some may surprise you!

Whether you love or hate the inclusion and references to Hekate in popular culture, some of which are powerful and beautiful representations. In contrast, others are disrespectful, fantasies which are entirely out of touch with the reality of this primordial Goddess and her rich history. There is an irrefutable pattern. When in January 2020 Hekate became the Goddess worshipped above all others by the previously Satanic Sect in the Netflix series The Chilling Adventures of Sabrina, interest in the Goddess Hekate spiked in ways no-one would have predicted. Both the terms Hecate and Hekate (both being accepted spellings) were both searched for at least twice in Jan/ Feb 2020 as they were in the same period of 2019 on Google and other search engines.

“And we shall live to honor thy three faces, thy three forms. Dark mother, keeper of the key to the door between worlds, we summon thee.”  – from invocation to Hekate in The Chilling Adventures of Sabrina.

The Sabrina writer(s) did their research and the invocation, with perhaps the exception to the Maiden Mother Crone malarkey (Sabrina’s aunts invoke Hekate as the Maiden Mother and Crone, which although it is not historically accurate, is much better than branding Hekate in just the Crone role as unfortunately has happened in some circles where misinformation circulated in the past).  The invocation otherwise appears to be both informed and thoughtful, it includes enough of the qualities and symbolic language that it feels like a real invocation (feels like, or is? …).  In fact, the (excuse the pun!) evocation was chilling in that it was realistic, even if it was clearly fictional within the context of the series, and that it was streaming to millions of screens bringing a little of that Hekatean symbolism and energy to homes around the world.

Maybe you are reading this thinking “So what?” – “That’s just fiction”. Maybe you feel that Hekate is inspiring the writers and artists who are creating objects in Her name, and making Her (nearly) a household name and that in this way she is showing Herself in many ancient and modern manifestations to a new generation.  This is true for many of the ways in which Her name and image is used in pop-culture.

Perhaps you don’t like that She is taking on new forms and attributes along the way?  What is worth remembering is that throughout the last 3000 or so years that we have written history for Hekate, she has frequently been referred to as the Goddess of many names and many forms. Here are two examples from the 5th century CE, that is 1500 years ago when Christianity was becoming mainstream after being declared the state religion of the Roman Empire by Constantine during the previous century.

In Proclus’ hymn to Hekate and the Roman God Janus, we see:
“Hail, many-named Mother of the Gods,
whose children are fair,
Hail, mighty Hekate of the Threshold.”

In Nonnus’s Dionysiaca:
“If thou art Hekate of many names, if in the night thou doest shake thy mystic torch in brandcarying hand, come nightwanderer…”

As a Goddess of many forms and names, Hekate is both primordial and modern.  She has been able to adapt to the changing world, perhaps because She is the Soul of the World and so much more.  None of this means that we can ignore the symbols and forms She has been given for millennia though.  The objects and symbols, and the forms in which She has been depicted, have a thread connecting each of them, a context and a symbolic language through which the Goddess’ message is conveyed, and through which devotees, Priesthood and especially magicians and theurgist, have been able to communicate with Her.  It is not random, and it is not devoid of meaning.

So where do you stand?

Do you think that the many modern platforms the Goddess’ form and names are used are nothing more than the fantasies of the creators and that they are definitely not guided by the Goddess?

Or do you feel, that perhaps, the Goddess is inspiring and guiding those who are including Her in these liminal spaces and that these spaces represent modern places of devotion, temples even perhaps?

Free articles, including invocations and rituals, at www.hekatecovenant.com

The Goddess Hecate in Popular Culture, by Hazel.

Circle for Hekate, Volume I, d’Este.

About Sorita d'Este
Sorita d’Este has been experimenting with ways of walking on the liminal since she was a child, exploring along the way many pathways of experiencing magic, mysticism and religion. Her own personal practise integrates aspects of Hellenic (Greek), Egyptian and Hermetic practices with a lived Orphic inspired philosophy, and experience gained in Initiatory Craft, traditions preserved in Italian, French and British grimoires and other contemporary esoteric teachings of the East and West. She is the author of Hekate: Liminal Rites (with Rankine) and Circle for Hekate, as well as books such as Practical Elemental Magick, Visions of the Cailleach and Isles of the Many Gods. Visit www.sorita.co.uk for more information. Sorita also owns and operates the indie publisher Avalonia (www.avaloniabooks.com) You can read more about the author here.
Previous Post 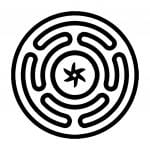 October 21, 2020 Cailleach - Winter Goddess
Recent Comments
0 | Leave a Comment
"I almost did not read this as I am not Wiccan and do not want ..."
JP Vanir Wicca, the Tree of Life and ..."
"This is a good article and book. Blessed be! :)"
Viktor_Aradia The Morrigan – Faerie Queen
"I'm sure Freemasonry also has a lot to learn from Wicca (Witchcraft) too. :)"
Viktor_Aradia Payam Nabarz – Children of Earth ..."
"Thank you! His work is very interesting, so do!"
Sorita d'Este Payam Nabarz – Children of Earth ..."
Browse Our Archives
Related posts from Adamantine Muse