This is the first Christmas in over twelve years where I’m not playing the piano. I’m not sure that I like it.

At first, the idea of having the holidays off sounded like a dream come true. Catholic churches have a busy holiday schedule, because, unlike most Protestant denominations, there’s a whole lot more going on in the month of December (and the rest of the year, too) than the usual roster of Sunday services and the special Christmas service, which, since Christmas does fall on a Sunday this year, did make it a little easier.

I stopped playing back in September, and it’s left a real empty place in my life. I’m not going to the local church at all, due to issues that are not going to be talked about in this blog. But because I’m usually really involved in my congregation (even when I don’t play), just going to a different church bores me. Oh, I enjoy it, but I don’t feel like I’m a part of it, except as an intellectual exercise.

This is one area where living out in rural America stinks. There’s no closer Catholic church than ten miles away, and I have a real financial issue with driving so far to attend services several times a week. So I’m pretty much doing next to nothing. I am NOT joining a different denomination. It’s not where I’m at. It’s not what I want.

December 26, 2011 Date a Guy Who Reads
Recent Comments
5 Comments | Leave a Comment
Browse Our Archives
get the latest from
Catholic
Sign up for our newsletter
POPULAR AT PATHEOS Catholic
1

Eucharist: 10 Early Church Quotes About...
The Pursuit of Holiness
Related posts from After the Ecstasy, the Laundry... 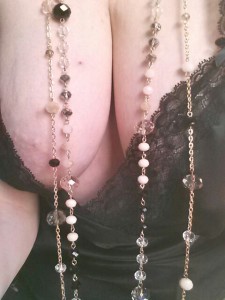 Recommended Catholic Books (Six Lists)
These were all formerly posted on blog, with some moved to Facebook...