﻿﻿Of Pagan Spirituality and Addiction

If you have the misfortune to be both Pagan and an addict, you may face the hurdle caused by the mistaken notion that Alcoholics Anonymous and other Twelve-Step programs are inherently Christian or at least monotheistic in nature. I hope here to lower that hurdle.

The seed for AA came from Carl Jung, who had been working with Roland, who could not stay sober. Finally Jung suggested to him, as a last resort, that sometimes people who had a conversion experience were able to stop drinking and that he could try hoping for one. Roland brought this information back to New York, to the Oxford Group, an evangelical movement also working on the problem of alcoholism. Ebby, a member of the group (played by Gary Sinese in the movie My Name is Bill W.), brought this news to Bill Wilson (played by James Woods), another hopeless drunk. During his last hospitalization, Bill had a spontaneous and spectacular conversion experience, after which he never drank again. Trying to persuade other people to have one did not work, of course. We humans cannot have such an experience merely because we would like to. This is another version of the law that one cannot work magic for show, but only in need.

The day came in 1935 when Bill, in Akron, Ohio, and determined to avoid temptation, found his way to talk with Dr. Robert Smith (played by James Garner), who also never had to drink again. They began seeking for others, and by 1939, when Bill began writing the Big Book, there were 100 members. Until then, the only guidebook they had had was the New Testament. The question came up whether one had to be a Christian in order to join AA and get sober. Most thought so, but then the member known as the “village atheist” (his story was in the first edition of the Big Book) stood up and said (I am paraphrasing), “Look, we are sober because we discovered this trick: if one drunk talks to another, then maybe neither one has to drink that day. Suppose Buddhists had discovered that trick and were now coming here, saying that you had to be a Buddhist in order to get sober. A true Christian would instead turn his face to the wall and die rather than give up his faith. So we cannot turn around and do that to Buddhists or anyone else.” The hundred members agreed unanimously that AA was not a Christian organization and resigned from the Oxford Group movement.

No one in AA is going to discriminate against you because you are a Pagan. Actually, they’re glad to find people who have any religion at all. But how does the Twelve Step process apply to Pagans?

At a recent meeting, my friend Alex commented that one must be teachable in order to get sober—and many things fell into place, with the usual feeling of “Why didn’t I ever see that before?” I’ve wondered for years why some people stop learning anything new as adults, sometimes right after high school. I’ve often thought they must be suffering from some sort of mental illness. Yes, of course: the end of learning, being unteachable, being in denial, and “shooting the messenger” are all aspects of the same pathology.

To get sober (or overcome any other type of addiction), you must realize and accept that everything you thought you knew about yourself was absolutely and lethally wrong. You must discard everything from the past to clear away the wreckage, create a new, level plain to build on, and rebuild from scratch, accepting elements from the past back into your life only after they have been carefully evaluated. That’s a lot of work. If you have an addictive personality and you are too lazy to do that work, then your addiction will continue to ruin your life and you will die a long, slow, miserable death. That’s a fact; deal with it. As Scott Peck pointed out, laziness is the fundamental human flaw.

A person who cannot admit that he or she has been wrong is in denial. Some people would rather die than admit they are wrong or need to change. If a person has a firm set of beliefs and is under pressure to change them, how does one evaluate that situation? Is that person sticking to his or her guns in the face of moral corruption and exploitation? Or is that person refusing to update his or her map of reality in light of new information? In either case the person is certain that his or her beliefs are true, will tend to consider whoever is putting the pressure on to be an enemy, and will be tempted to “shoot the messenger” in hopes that the message will then go away. As Scott Peck argued, much evil in human history has resulted from succumbing to that temptation. To evaluate such a situation, one must therefore impolitely ask whether the set of beliefs is rational. Does it accord with the facts of reality? Or is it nonsense? But that is exactly what the person in denial refuses to ask.

It has been an historic catastrophe that the fundamental insight of that tragic radical Rabbi has been mistranslated and misunderstood. He did not mean, “Feel sorry for what you’ve done, promise never to do it again, and if you can actually manage to not do it again, then maybe God will love you, not punish you, and let you into Heaven after you die, or after Judgment Day, or whenever.” It is a travesty and a crime for that toxic nonsense to still be forced upon children. What he meant, when the Greek is translated correctly, was “Change the way you think—and you will BE in the Kingdom of Heaven.” Changing the way you think is the key to getting sober; it can begin with changing the words you use. I do think that persons who still believe that “God punishes sins” have never understood what he preached. What we experience in AA is that a Higher Power somehow mysteriously does the impossible for us and heals our illnesses.

As for being in Heaven . . . As C.S. Lewis said, Heaven and Hell are not places, but are spiritual conditions. “Being in Heaven” means being consciously aware of the presence of the divine; you don’t have to go anywhere or be in a church to have that awareness. Likewise, “being in Hell” means being totally lacking in such awareness, as is the condition of the “hopeless drunk,” the person trapped in an addiction. Being in the presence of the divine is not a vague and boring bliss. It is a riotous ecstasy, like sex, but far more so. Anyone can a Holy Fool, at least for a little while, just by truly and unreservedly deciding to be one. And once you’ve been there, just knowing you can always go back is sometimes enough to sustain a permanent joy.

The key to permanent sobriety is, of course, turning one’s life over to the care of a Higher Power. You can do that, hopefully become ecstatically enlightened, and still not be a “Christian,” because the psychological facts that make such an experience possible are common human traits that no faith community has a monopoly on. I know of several cases where someone who had never “worked the program” decided to adapt this popular Twelve Step concept to a Pagan or New Age or other sort of subculture. “Oh, this business of ‘turning it over’ has to go; no one wants to do that!” And so of course their program was useless for any sort of addict. The fact is, almost no one will decide to turn his or her will and life over to the care of a Higher Power if there still seems to be any other option. The only reason anyone can do it is if the only other option is death. And then one discovers that it was what one should have done in the first place.

I first connected with Epona, my third wife, because we had the same sobriety date. After I had introduced her to the Craft, one day she was discussing the Steps with two beautiful young gay men in the Gardnerian coven we were circling with. The one who had once been a Mormon Elder and done his mission objected, “I couldn’t turn my life over to anyone!”

She responded, “What do you think you did at your initiation?’

His response was “Oh!” Epona later wrote her “Pagan/Polythestic Interpretation of the Twelve Steps.” You can find it at http://www.skeptictank.org/files/aj/pgn12stp.htm. It was published in the Covenant of the Goddess Newsletter. It is now normal to see a sign up at Pagan festivals announcing that the Friends of Bill will meet under a certain tree at a certain time.  Good thing. Festivals tend to be very slippery places.

Realize that you can’t turn your life over to an impersonal force, which by definition does not care about you. You need to turn it over to someone who cares. If you do not believe that the Gods are real, compassionate persons who can do the impossible for you, then, Lady Delia Morgan argues, you are not really a Witch. There are a great many other things you might be, but you are not a Witch. If you are not willing to change your mind and accept the possibility that the Gods are compassionate persons who exist independently of human beings, and you are an addict, then you are going to die. Bite the bullet.

By the way, My Name is Bill W. is a wonderful, historic movie. The entire cast and crew were sober alcoholics. None of them accepted any pay for their work on it, and all the profits were donated to charity. Many of them were regular members of the totally unadvertised AA group that meets inBeverly Hills. Sober alcoholics, like Witches and Latter-Day Saints, do not accept money for helping others.

More will be revealed.

December 8, 2012 Six Songs After Lalla Yogishwari
Recent Comments
0 | Leave a Comment
"I think this is lovely <3"
M.J. All the Prophets Say
"Reading this in 2021. Wondering if, after nearly a decade, how much of this still ..."
Lady Tam Li Hua What Is a Witch?
"Aidan, it's been two years. Are you still with us?"
Baruch Dreamstalker An Overview of My Life and ..."
"where's part four!?"
rainaelf A History of the Craft in ..."
Browse Our Archives
Related posts from Aidan Kelly: Including Paganism 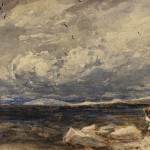