Taking The Time To Question 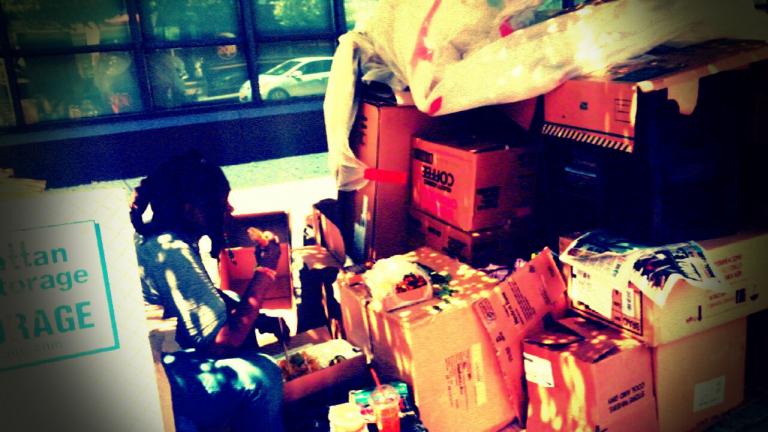 I walked down the block, smoothie in hand, trying to figure out what I wanted for lunch.

I passed it, not understanding that it belonged to her and she was the divine reason for my indecision.

The it was a home constructed of cardboard boxes and old milk crates; her name was Arafa.

I passed the structure and saw the backside of a sign, curiosity making me walk around to read.

After seeing a sign noting something about Do The Right Thing part 2, I started to leave.

But I couldn’t go. Not without taking a picture and I felt in my heart that I needed to speak to her. So I approached and asked if I could take a photo; she asked me why.

That made me think. Why DID I feel compelled to take a picture? What was the point of it?

After pausing for a moment, I replied. I said “I see you’ve made a home out of these boxes. I feel like you’re trying to make a statement about poverty and homelessness. I want to capture that.”

That admission opened up the floodgates of conversation. She told me about the young women she encountered who looked down at her and asked her what she did to cause her homelessness. Who turned on their heels in disgust when she reminded them of her humanity and challenged their notion that poverty is the fault of the impoverished and not of the governments there to protect them.

She played the role of prophet as she called out the Church for its inaction. I cried when she said the following – “They sit in service so they don’t actually have to serve”. Those words both saddened and encouraged me. I grieve because of the truth in it but found confirmation for the things that God’s been stirring in me and I said as much.

That’s when she invited me into her home.

I sat on an old, orange chair in the middle of a busy sidewalk in Harlem and for the next 30 minutes found myself speaking with a woman who was both stranger and sister.

The family of God is like that. We stand at every station of life bound by the love of Christ. It doesn’t matter if we are rich or poor, homeless or young professional – we are family and families are called to love one another.

So we spoke of the goodness of God and the vision He has seeded in our hearts. She shared with me her concerns about the loss of our collective humanity demonstrated by things like corporations being seen as people and passerby casting sneers in her direction as she wished all who walked near us a good day.

This is her ministry. Those cardboard boxes double as her pulpit and communion was her offering of the extra egg roll that came with the Chinese food she purchased for lunch. We closed our time of fellowship in prayer, praying over vision, dreams and God establishing the Kingdom through people like us.

People who are willing to be filled so they can bless others as they are poured out.

People committed to finding tangible ways to demonstrate the love of God to others.

People who are willing to simply take the time to question. 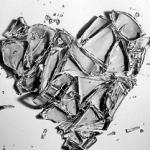 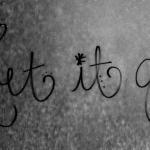 July 13, 2014 Letting Go Of Your Weights
Recent Comments
2 Comments | Leave a Comment
"Wow. Talk about not being self-involved! Thank you for telling us this story!"
Jennifer A. Nolan To Our Beloved King Chadwick Boseman ..."
"..."
Nixon is Lord To Our Beloved King Chadwick Boseman ..."
"no problem with that."
Brandon Roberts My Scar Hurts or Why I’m ..."
"The problem for christers is that admitting suffering is not a blessing, or 'beautiful' as ..."
David Cromie Suffering Is Not A Blessing
Browse Our Archives
get the latest from
Alicia T. Crosby
Sign up for our newsletter
POPULAR AT PATHEOS Progressive Christian
1