Happy Trails to Whom?

You are playing a supporting role in a Western drama. It’s the classic good guys versus bad guys storyline, with bank robberies, bandits, shootouts and Native uprisings. Gazing down the dusty main street, you see a crowd of folk gathering outside the town hall.

“What’s that about?” you ask Jed, the mercantile owner.

“Doc called a town gathering,” he says with a beckoning gesture. “Come along.”

So you follow Jed into the town hall, just as Doc takes the podium.

“All of us decent citizens need to band together,” he says. “We’ll shut down the brothel and stop Indian insurrections. Strengthen marriage and family values. Stand up for God and country.”

“So I ask you good folk to sign this pledge supporting family values and moral goodness,” says Doc, holding up a document. “We will call ourselves the Moral Posse.”

With enthusiasm, you and your fellow townsfolk sign the document. After that, all the upstanding citizens encourage each other to keep fighting for righteousness and truth under the banner of the Moral Posse.

Still — as the days pass — something doesn’t sit right with you.

Folk with different lifestyles and backgrounds are complaining, saying they feel left out. Native Americans say they don’t have equal opportunities. You can’t just discount people’s claims. That’s not Christian. Besides, the “good guys” have had a lot of unfair advantages for hundreds of years now.

To clear your mind, you throw a saddle on Paint, your appaloosa, and ride out of town. It’s high noon, and dust clings to the perspiration on your neck and arms. You trot through a piney knoll, descending into a pretty little valley with a sparkling stream. Off in the distance, cowboys drive cattle across a grassy hillside. The road settles into a cottonwood grove where it forks beside a river, with one branch leading downstream and the other passing through a ford to the distant bank.

You have arrived at the crossroads.

The path downstream is well-worn. A rough-hewn wooden sign reads, “This is the way. THE MORAL POSSE.” And yet from atop Paint’s back, you can tell that everything is not as it should be. Lurking within the weeds along this road are all the agonizing questions from the folk who “don’t count,” according to the Moral Posse.

You can almost hear those objections whispering over the wind in the sage: “I don’t matter as much as the Good Guys. I’m not the same religion. I’m not the same race. I make different lifestyle choices. I love my kids just like they do, so why do they get all the special favors? For all these years, why have they been so much healthier, happier and richer than my people?”

Again you consider your options at the crossroads.

Downstream is the obvious choice. It’s the status quo, you confess with a sober nod. As for all the objections, I’ll have to believe the Moral Posse is right about everything. Which means ignoring the facts around me …

Then you turn to face the path less traveled, the frightening one that sinks into the roiling water, rising again on the further muddy bank. From your vantage point, you are surprised to make an unexpected discovery.

“There’s another fork in the road,” you exclaim, “there on the far side.”

You can see that one of the paths on the other side of the river leads downriver.

“The Moral Posse told me this is the only downstream path,” you say in amazement, “but it’s not.”

You imagine what it would be like to venture off the “safe” road and try that other downstream path.

I’d take two steps into the stream and my friends would say, “Is everything alright?”

Keep walking and they’d shout, “Get back here! You’re making the wrong choice.”

Reach the other side and they’d give up on me altogether. “He’s damned,” they’d say. “Pity her. She’s an unbeliever now.”

From the weeds along the nearer downstream path, again you hear cries and complaints of gays and welfare moms and minorities and Muslims and Jews and immigrants and oppressed and “undeserving” poor.

You lift your hands to cover your ears, then hesitate. “I can’t ignore their cries. And yet the alternative is just too … too …”

Turning back toward the ford, you are startled to see a clean-shaven man with a black, flat-brimmed hat stepping down to the water’s edge.

“Parson Rob!” you say in amazement. “What are you doing here?”

Parson Rob cracks a grin and removes his hat. “Crossing over to the other side,” he says.

For the span of several heartbeats, you are speechless. “You?” You shake your head. “I don’t understand, Parson. You’re crossing over …”

He gives a nod.

“To be sure,” he says, still nodding with a look of determination on his face.

Filling your chest with air, you consider his words. “I assume you’re taking a little foray to study the deceptions on the other side. A sort-of research expedition off the straight and narrow path.”

“No,” he says, teeth beaming in the sun. “For several days, I’ve been contemplating these crossroads and today, I decided that my path downriver lies on the distant shore.”

Choking back a gasp, you shudder. “You. Parson Rob. Of all people to turn their back on the Moral Posse …”

He meets your fluster with wide eyes. “You’re surprised,” he says.

Your eyes scan the uncertain divergence of paths on the distant shore. “But it’s not safe over there. And, and …” You turn toward the well-worn road along the near side of the stream. “And what about the Moral Posse? They tell all good folk to follow the main path.”

“The Moral Posse,” Parson Rob repeats. He dons his hat, steps closer and strokes your mount’s spotted flank. “If only I’d known earlier. If only I’d trusted my intuition. Then I might not have led so many people astray.”

Mouth agape, you are stunned and confused. “What are you talking about?”

“At the start,” he says, “it seemed to be a noble crusade. The bait was the promise of defending marriages and families and life and freedom and God and country. What good Christian wouldn’t want that? So we took the bait.”

“I’m not sure how it happened, but at some point it became clear that we’d been fooled,” he says. “What the men in white called “love” only applied to their kind. It wasn’t for everybody. Naïve and unaware, we became tools in the hands of rich and powerful men, pawns for their politics, agents for corporate greed, purveyors of immoral wars, oppressors of the weak and poor, champions of power in the wrong hands. When I finally woke up, I couldn’t ignore the cries. My eyes were opened. How could I not have seen that this veneer of morality was plain old power and greed, stained with the blood of the innocents?”

“Bait and switch,” you say, wiping the sweat from your brow. You recall the stories of oppression you’d discounted in the past, suddenly seeming quite plausible. The rising heat makes your head throb and your ears ring. As you turn toward the downstream path, the ringing in your ears crystalizes into audible voices …

Cries of the suffering.

Moans of the oppressed.

Appeals of the “undeserving” poor.

Shouts of the rejected.

Tears of the trampled.

“God is love, and if you seek love,” says Parson Rob, “you will find love. You will know truth. You will experience life. You will discover what it means for the last to be first. You will have joy and completion with every member of Christ’s body, especially those who have been excluded. You will find the true way, if you seek it with all of your heart. Only then …”

He smiles and gives Paint a pat on the haunch.

“Only then will you find your place in this crazy and unhomogenized family of God.”

As you consider his words, Parson Rob turns and steps into the water. Barely above the whispering current, you hear him singing:

Let’s go down, come on down,

[1] “Down in the River to Pray,” unknown origin; likely written by African-American slaves, public domain. 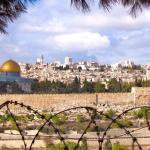 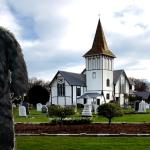 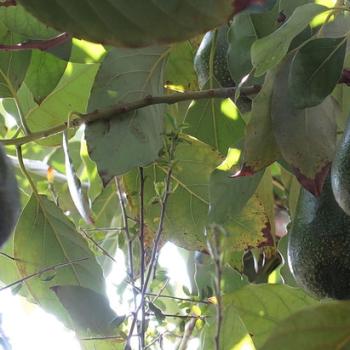 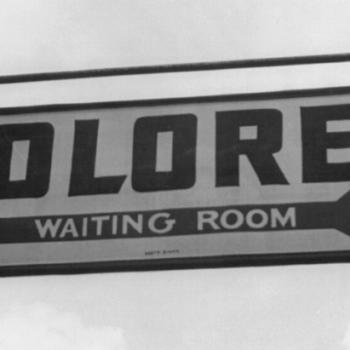 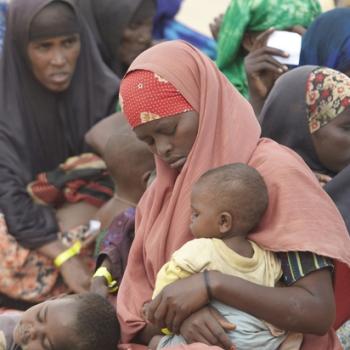 Progressive Christian
Pro-Life Matters (for everyone)
Allegories – Here and Now 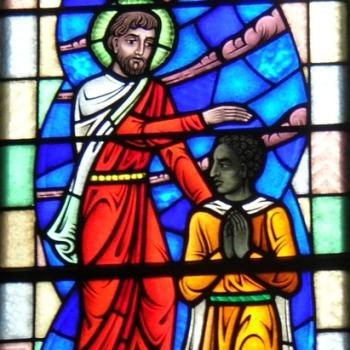