“I’m Not Jesus” by Corey Taylor and the metal band Apocalyptica  is a song that all Christians need to hear. Though written by an avowed atheist, it’s an extraordinary song that has much to teach us about our faith.

But first, a caveat: if you think that it’s simply not possible to learn something valuable about Christianity from songs (or, really, anything) by non-Christians, then this article is probably not for you. If you are potentially open to the possibility, I’d like to invite you to read the “About this column” piece in the menu bar, above. It will help give you some background about why I think it is possible.

Assuming that you’re on board with this series, then, let’s get started!

Like many metal songs, “I’m Not Jesus” rages against Christianity.  But this song is different. It doesn’t use the straw man arguments common to so much anti-religious music. Tragically, the Christianity that Taylor rages against is no flimsy foe.

It is a predator.

You see, this is a song about rape. It’s a song in which Taylor responds to his own attack – which occurred when he was 10 years old – by channeling his rage and pain into a song about sexual abuse by Christian leaders.

If you don’t know the song, I suggest watching the lyric video below. The official video is here.

Like a great hymn, this song’s ability to burrow deep into our souls makes it especially powerful. It’s more than a story. It’s a sermon – and one that we need to hear. So, here are three ways this song can help us become better Christians.

It encourages us to love our neighbor.

My initial response to this song is sadness. But that quickly changes to rage – rage against those who have betrayed their faith and the trust of those who depended on them. In a way that only heavy metal can, the song song allows us – for a blessedly brief moment –  into the emotional life of a rape victim. By promoting empathy, the song sets us on the road toward loving our neighbor.

But as the story of the Good Samaritan shows us, empathy is just the first step. This song might grab our attention with its intensity, but simply reacting emotionally is not enough. We need to act. So, what should we Christians do next?

First, we should ask ourselves some tough questions. How have we been complicit in creating a society and a church that allows these kinds of attacks to happen? How have our ideologies led to a world in which those in positions of authority are protected, while the “least of these” are left vulnerable, crying out for justice? How have our daily decisions – the words we use, the media we consumer – contributed to the ways we think about issues of sexual assault – if we do at all?

Second, we should think about how we can take steps in our own lives to protect children, women, and men from this type of horrific abuse. As we walk in the garden of faith with Jesus, are we ignoring the cries of the children that Jesus himself loved so dearly? How about those of the women victimized by powerful men in their office or their own home? When confronted with the reality of sexual violence – of any kind, how have we responded? Have we been Levites or Samaritans?

It leads us to compassion and humility.

“I’m not Jesus” is an example of a piece of music that doesn’t just affect us emotionally, but also teaches us something.

If we look carefully at the song, we can learn something powerful about how sin. It reminds us again that sin is not just evil by its nature. It also keeps others from experiencing the love of Jesus. As Taylor imagines the thousands of children victimized by priests, pastors, and Sunday school teachers across the world, he turns their words back upon them, revealing in stark terms the tragic fruit of their hypocrisy: he simply cannot follow Christ’s command:

I’m not Jesus, I will not forgive!

I’m not Jesus, you can’t run away!

Taylor, and all those victims, learned about Jesus from their rapists. They know him well. And the sin of those shepherds is what, tragically, becomes the stumbling block for faith and forgiveness:

I thought you were a good man

I thought you talked to God

Many of us Christians like to think that our salvation is up to us: based on an individual choice to believe or not believe. That myth gives us agency, and it’s not Biblical. We know that salvation is a gift of grace from God.

Of course, the result is that we are often judgmental of those non-believers.    But this song torpedoes this convenient, self-serving set of beliefs. In a way that only the churning rage of heavy metal can do, “I’m Not Jesus” brings to life the pain and unfiltered anger of someone who has been victimized and betrayed so horribly. Can we really blame Taylor for his hate, his anger, his unwillingness to forgive? Perhaps one reason why we were open to the Good News of Jesus is that avoided being raped by Christians?

In a lyric that brings tears to my eyes every time I hear it, Taylor testifies to a truth that is irrefutable in his eyes:

I’m not Jesus. Jesus wasn’t there.

The tragic truth of the song is that he’s right.

This song should lead us to even more love and understanding for those who have not yet been able to come to faith. For this very reason alone, it is a song that all Christians need to hear.

It reminds us about the power of Christ’s message of forgiveness.

There is another reason why we should listen to this song. Believe it or not, it’s because “I’m Not Jesus” has something to teach us about hope. Near the end of the song, Taylor sings:

When your whole world comes undone, let me be the one to say

(If God is looking down on me)

As a “revenge fantasy”, the song points us to another important truth for all Christians: that, without  forgiveness, the cycle of violence will continue. Taylor’s vengeance will ultimately lead to more pain and suffering.  This song powerfully demonstrates what it feels like to be trapped in a world of death and destruction, a world without hope.

This is a  song, not real life – and though Taylor was abused, to my knowledge he has not actually hunted down his attacker. But this song is evidence that his heart still burns with hate, anger, and rage. Now – please be clear: I am not saying that rapists should not face justice, or that Taylor should have the capacity to forgive his attacker. But I am saying that this song demonstrates the centrality of the act of forgiveness to our faith: not just to lead to the Pearly Gates, but to heal our relationships and allow us to better follow Christ.

As Jesus suffered on the cross, he could have easily called down legions of angels to save him. But it was through his weakness, his sacrifice, that we have been saved. Jesus showed us the only way to escape the death and destruction endemic to our world is by following in his footsteps. When we live a life marked by forgiveness, we manifest our belief that God is the One with ultimate power, not us.

Ultimately, this is the good news of Jesus. While we often fall short of forgiving others, we don’t lose hope in its possibility. Of course, at those points we need Jesus more than ever. And so does Taylor. When he sings “I’m not Jesus. Jesus wasn’t there”, he is more right than he knows. He can’t forgive because Jesus is not there.

And today, decades later, he still can’t believe. Why? Because he has looked at the world and has not seen Jesus.

Our ultimate response to this song as Christians should be evangelism: an empathetic, respectful evangelism which is motivated by our awareness of someone in need – and the humble recognition that we have a message that can help him.

Humility is the key here. We cannot see into the heart of our neighbor, and we do not possess the power or the right to judge him. We are not Jesus, either. All we can do is try to follow in his footsteps, striving with each step to manifest our belief that his messages of forgiveness, hope and peace are more powerful than hate, anger, and violence.

Let’s not judge him Corey Taylor for his unbelief, and let’s not judge him because his metal colleagues have historically hated our religion.  (Remember, the Good Samaritan helps out the man even though the Jewish people had been his people’s enemies for centuries.) So let’s open up our ears to this song — no matter who wrote it —  and then respond with Christ-like love, compassion, and action.

About Delvyn Case
Delvyn Case is a professional musician, scholar, educator, speaker, and writer who works on the intersections of music, faith, and theology. He is a composer of contemporary classical music whose works have been performed by over 80 orchestras around the world. His most recent research project explores the ways Jesus has appeared in secular pop music. You can read more about the author here.
Previous Post 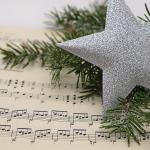 December 17, 2021
The Christmas Song That Makes Christians Squirm
Next Post 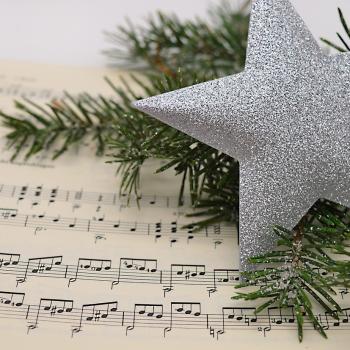 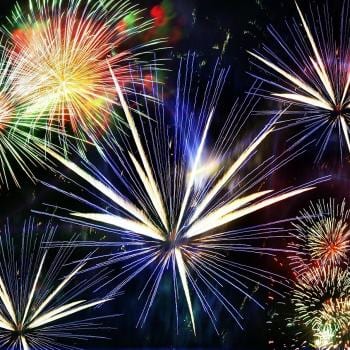 Does God Have Ideas?
Theologians—especially premodern ones—often use the language of divine ideas to talk about...
view all General Christian blogs
What Are Your Thoughts?leave a comment
Copyright 2008-2021, Patheos. All rights reserved.