Why I Plan to Vote for President Obama Again…as an American Muslim October 10, 2012 irfanrydhan 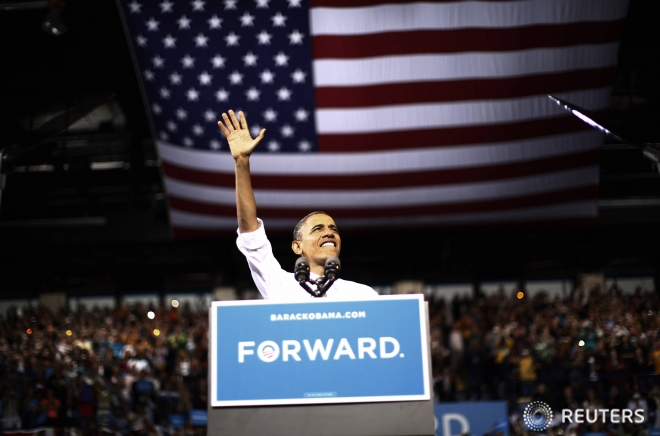 There have been a lot of discussions going on lately online among Americans, including American Muslims on whether to vote in this year’s presidential elections.  Many people, especially Muslims feel that President Obama has disappointed them, thus they will not vote to help re-elect him for a second term. Still others believe that it is no use for us to vote because either party will not help us American Muslims out and a few people also think that it is Haram (unlawful in Islam) to even vote in the first place.

To those Muslims who say that voting is Haram, I will just respond by saying that you are Stupid. Period.

As an American Muslim, I was happy to vote for Obama in 2008, because I wanted a change from the failed policies of G.W. Bush, like most everyone else.  I was also happy to hear that Obama, who had a Pakistani roommate, grew up in Indonesia and had Muslims in his family, although he himself is a Christian, was much more aware and knowledgeable about different cultures around the world – which was (and still is) needed for the leadership of America in this very small world we live in today.  I was also happy to hear that Obama would end the wars in Iraq and Afghanistan, close Guantanamo Bay prison in Cuba and would try to work for a two state solution between Israel and Palestine.

Of course Obama won the election against John McCain with a safe margin (although some states were very tight and every vote was needed to win in those battleground states – just like this year) and was elected to President of United States of America in November of 2008.  This was a historic election, since Obama is the first African-American to be elected as President.  This was one of the moments I was most proud to be an American, since no other western country has elected a minority race or ethnic group to the highest position of government before this.

Now 4 years later, many people, especially American Muslims are disappointed that President Obama was not able to keep all his promises.  To those people, I will give you some reasons why this happened and also why we should give President Obama a second term in order to continue a lot of the good work he has done to help our country get back on its feet and move in the right direction.

In conclusion, if you want to give up on Obama because you feel that he disappointed you, then don’t vote for Obama. But keep in mind that by not voting or voting for a Third Party Candidate for President instead is basically giving your vote to Romney. Mitt will not only take your free vote, but he will not do anything at all to help American Muslims out.  Romney’s foreign policy team is made up of Islamophobes, Pro-Military Extremists and War Hawks who are just waiting to attack Iran (by the way the government of Israel wants Romney to win as well because they felt Obama was too tough on them). But if you care about what is going to happen to this country that we have all either been born into or have come to for a better life, then we should not only vote, but also vote for the only candidate who can relate to us as a minority and has already listened to many of our concerns as American Muslims and has followed through on many of these items.  He ended water-boarding torture which was initiated by G.W. Bush and Company. He ended the War in Iraq.  He is about to bring back the troops home from Afghanistan.  He has helped to bring America back on its feet from an economic stimulus package which has helped save the US Auto Industry and bring continued job growth for the past 30 months.  He has helped America take a step in the right direction by creating the Affordable Care Act which will help cover 30 million Americans, mostly children, who would not have had health insurance before. That candidate is President Barack Obama. Now go out and vote for him on November 6th.

This article is also part of the “Election 2012 – American Muslims VOTE!” series, which is running on Altmuslim at Patheos, Altmuslimah, Illume, and Aziz Poonawalla’s news and politics blog on Patheos. Click on this special topics page to view all articles in this series and add your comments. Please also tweet your thoughts on this article, on the series, and on the 2012 elections at #MuslimVOTE. 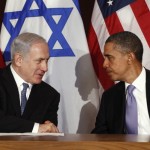 September 15, 2012
Before You Blame Obama for the Problems in the Middle East - Read this Book!
Next Post 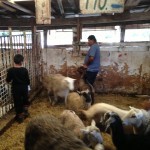 Muslim
3 Of The Most Pervasive Internet Surveillance Programs...
Al Mihrab