Translating the New Testament Changed How I Read Scripture

He said that Greek basically just used different words from English to describe the same things. Whereas Hebrew offered a window into a whole different mindset and way of seeing the world.

I don’t doubt that knowing Hebrew opens one’s mind in a good and fruitful way. Beyond saying that, I’ll spare you further comments on the Hebrew language, since I don’t actually know it. But I do know Greek. And I do disagree with the idea that reading the New Testament in Greek doesn’t really change much.

Things You Learn in Seminary

This post is the third in a series that could be called “things I learned in seminary that changed how I read scripture.” In the first post, I reflected on the New Testament writers’ approach to scripture. In the second, I wrote about historical theologians’ (well, mainly Augustine’s) approaches to scripture.

Here, I’d like to explore the impact learning Greek had on me.

For context: I took three quarters of Greek in seminary (just one quarter was required), and, since graduating, I’ve spent quite a bit of time continuing to study vocabulary and translate passages. All in all, I’ve translated Matthew, Luke, 1 Corinthians, Ephesians, Colossians, 1 John, and Revelation in their entirety. I’m currently working on the Gospel of John.

(Weird flex, bro? All this is just to say: I’m not exactly a Greek scholar, but I do have a fair amount of experience reading the New Testament in Greek. And my perspective has changed because of it.)

One of the first things my classmates and I noticed, when studying Greek, was that many words can be translated in multiple ways. Was that a “messenger,” or an “angel”? Did Jesus look up to the “sky,” or “heaven”? Does it matter—and if so, why?

So many of these kinds of questions can be asked about any given New Testament passage. And they’re often worth asking.

Reading different English translations of a passage can also help give a sense of which words can be translated in different ways, and what sorts of things they could mean. Blue Letter Bible is a great resource for this—very accessible, whether or not you’ve studied Greek. You can click on a word and find out where else it is used in scripture, and what range of meanings it might hold.

In our English translations, teams of translators have chosen the word they think is the best substitute for a particular Greek word. But it’s often not the only choice that could have been made.

You don’t have to know Greek to become aware of these areas of ambiguity. But reading more of the New Testament in Greek has certainly impressed these ambiguities on me more deeply.

Vibes Get Lost in Translation

There’s also a fair amount that gets lots in translation in terms of what one might call vibes. I often read a text in Greek and think, ohh, that has a whole different vibe from the English translations I’ve read.

Sometimes a particular word feels more forceful in Greek, and some of that force gets lost in English. There isn’t really a good equivalent word that covers it. Or, other times, it isn’t the word choice but rather the grammatical construction that feels unusually dramatic. English often doesn’t have a similar construction, and something gets lost in translation.

Sometimes words have a sort of visceral connotation, or a connection etymologically with another word that doesn’t come across in English.

The Greek word translated as disciple, for example, has to do with learning. In some Christian contexts, discipleship can mean something like doing all the things right. Or, being a good example to others. Or, participating in all the church activities and helping lead stuff.

We lose so much when we forget that in the New Testament this word, at its core, means to be a learner. What would our churches look like if we all went about our days excited to see what we could learn, rather than judging others based on some particular measure of discipleship?

Translation Opens Up Questions and Possibilities

Sometimes translators’ biases influence them to translate a word in a particular way. I’ve written elsewhere, for example, about a Greek word that can be translated as deacon, minister, or servant, and how gender sometimes plays into this.

Reading the New Testament in Greek is a constant reminder, for me, that all translation choices are interpretative choices. And there are often other ways scripture could be interpreted.

There is freedom in this ambiguity: the chance to take a breath and make room for more than one way—usually a way dominated by a few particular white dudes—of thinking about a text.

Translating from Greek has opened up new-to-me possibilities for scripture and its meaning. It raises questions I wouldn’t have thought of from reading the text in English. And these questions are often fruitful, or at least interesting.

In my view, questions about scripture are good. They mean we’re engaging, wrestling, puzzling. Open to change. Working things out in our lives with God and other people. This is how we take the Bible seriously.

I say all this not necessarily in the hope that you’ll go learn Greek. And I certainly hope you don’t feel inadequate to understand scripture if you don’t know Greek!

I do hope, though, to convey something of the complexity of scripture. Something of its ambiguity, of the possibilities for different meanings. Perhaps liberating meanings, meanings different from those that have been handed down to us.

I hope to inspire openness to different ways of reading and understanding scripture together. Translators have made interpretive decisions; they (hopefully) have some knowledge and expertise most of us don’t have, and we can listen to and learn from them. But we too have wisdom and life experience that points us toward God—and that may point us toward different interpretations.

We can listen to this inner wisdom—and to the wisdom of others in our communities, particularly those whose perspectives on scripture have been marginalized and undervalued. We can learn, together, to look for love and justice as we read.

May we feel the empowerment and freedom of knowing God’s Spirit is with us as we do so. 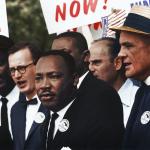 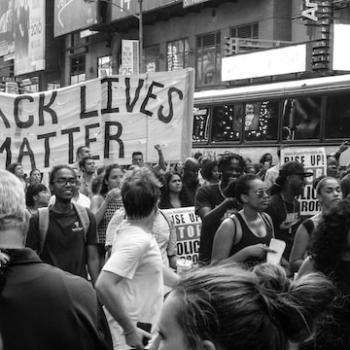 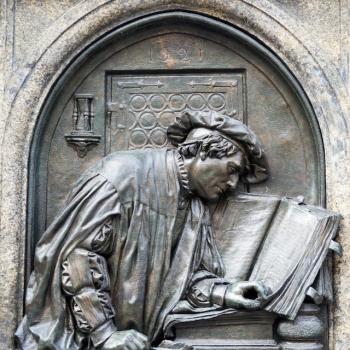 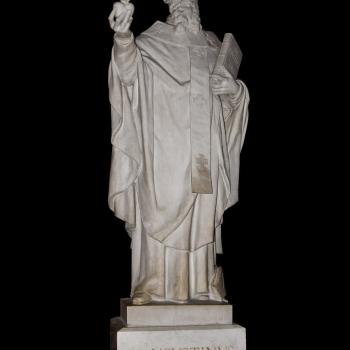 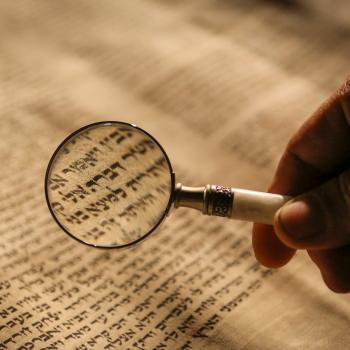