Among Thorns, Eucharist and Pizza
Catholic

I live in Texas. It’s as “red” as it can get. It is an extremely conservative state. There are many religious Bible-adhering God-fearing folks. Many are well intentioned people. They love their families, their property and their religious liberty. These are all considered blessings the Lord has bestowed on them. They are very protective of these blessings and they are willing to defend them at any cost. Literally.

In one of our recent HOA group chats somebody reported that our neighborhood has been experiencing many burglaries and break-ins recently. Another neighbor contributed to the conversation by stating that he had a gun and was ready to “shoot someone’s head off” if he caught anyone trespassing his property. Then another neighbor wrote something similar. And then another one. Some of these ready-to-shoot-on-the-spot neighborhood “vigilantes” are pastors, others are ministers, most are Church-going people and consider themselves conservative Christians. I’m not sure how many of them are catholic but I don’t doubt that most Catholics in these circles share the same attitude since I have encountered many who have said similar things.

This crowd is the same crowd on the frontlines of the abortion and pro-life battle. They show up at the abortion clinics to try to convince women not to abort. Some are more charitable than others but at least they try. Many express genuine care for the unborn. They pray for them. They push for pro-life legislation with their local and national representatives. They donate to pregnancy crisis centers. Some of these pro-lifers do a lot of good work for pregnant women, the unborn and already-born children. I have no doubt about that since I myself have been very active with many of these initiatives and have had some wonderful conversations with many of these people.

But the inconsistency is remarkable!

What I really don’t understand is the inconsistency of life ethics many pro-lifers proclaim to uphold. I don’t understand their obsession with guns and their apparent desire to shoot and kill anyone who dares step on their lawn. I mean I completely understand we have a right to self-defense. You bet that I would do anything to defend my family and friends! But I don’t find it necessary to constantly share memes on Facebook about my constitutional right to own guns. I’m not at all into the conspiracy that Democrats are really Communists who want to take our guns. Not all self-proclaimed conservative gun-owners think this way, but a large number of them do. Let me be clear, these people aren’t bad or evil but the stark inconsistency on life issues is evidently noted and needs to be addressed and challenged.

I don’t think outlawing all guns is the solution. NRA supporters and many gun owners say that outlawing guns won’t stop the bad guys. They say a good guy with a gun can stop a bad guy with a gun. There are cases where this has been true. But what I perceive from comments such as “I won’t hesitate to shoot and kill anyone who breaks in my home” is an attitude of violence, vengeance, and ultimately, disregard for life. I understand that people have a right to bear arms and protect themselves. However, I can’t comprehend why many of them are so vocal and mean about it: they post endless memes and comments defending their right to own guns, they have Second Amendment rallies and protests, they shame victims of gun violence (some call shooting survivors “crisis actors”), they host conferences where they can talk about conspiracies about how the socialists and the commies are persecuting them. There are many possible solutions such as stricter background checks, not making guns available to people suffering from depression or mental illness, banning certain type of weapons, etc. What I really believe is that this obsession with guns and other forms of violence, even when it is righteous or justified, has its roots deep inside the human soul. It’s called sin and we’re all affected by it. I know I am in many ways.

As a Catholic, I am not surprised at all with the complete consistent pro-life ethics the Vicar of Christ continues to display. He has spoken against abortion, euthanasia, and among other issues, gun violence.

It is no wonder why many conservative Catholics don’t like Pope Francis. Well, the guns issue is just one of many reasons why they don’t like him that much. Back in 2015 during a visit to the Italian city of Turin, he said: “If you trust only men, you have lost.” He continued, “It makes me think of people, managers, businessmen who call themselves Christian and they manufacture weapons. That leads to a bit of distrust, doesn’t it?” Many outraged Christian gun-owners were quick to respond in defense of their right to bear arms. A reader in AmmoLand.com wrote, “I do trust GOD! It is people that do not follow the word of GOD that I distrust. I have carried a pistol for 35+ years. … I will continue to keep my weapon close, but my Bible is always kept closer” (1). Bible: check. Gun: check. We’re all set! Anyway, the Holy Father has truly challenged many American Catholics on many issues. This is one of them.

Many die-hard pro-lifers are willing to compromise and even turn on other pro-life issues in exchange of the promise made by politicians to overturn Roe v Wade or at lease pass pro-life legislation. Most of these people also support the death penalty. The majority of them also have no problem tearing immigrant families apart, rejecting asylum seekers and refugees, and taking minors from their parents at the border because, well, that’s the “law of the land” and those bad parents should’ve known better than risking their children’s lives by crossing the border illegal. They’re the ones to blame. If only they stayed in their home countries and solved their government’s issues instead of running away like cowards. I mean do they know they’re committing mortal sin by entering our country illegally? Believe it or not, these are some of the comments I’ve heard form some of these pro-lifers.

And speaking of the “righteous vengeance” and “divine justice” on those who deserve it, a.k.a. capital punishment, Pope Francis has also made some enemies by changing the Catechism to reflect the teaching based on modern times: the death penalty is now inadmissible and we should work to abolish it all around the world. (2) I have to be honest, when I read about truly tragic and evil cases such as a husband killing his wife and children because he wanted a divorce, the first thing that comes to mind is: “What an evil evil man! He deserves Hell and more!” But then I allow myself to be challenged by the Church’s “matured” teaching on divine vengeance and capital punishment. It’s not an easy thing to do for me. I’m still trying to understand and follow the Church’s teachings. 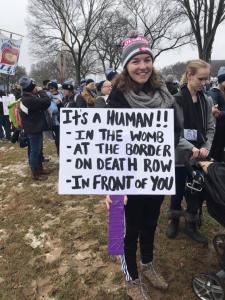 I am pro-life. I am opposed to abortion under any circumstance. I am also very uncomfortable with laws that could potentially lower the number of abortions because they are promoted by politicians who continue to spread the false notion that “every woman has the right to choose” since it’s her body we’re talking about. I believe without a doubt that the baby aka fetus inside her body is no longer her body but a completely different human person. I wholeheartedly believe that life begins at conception. I am also sympathetic toward women who feel pressured into aborting their child. Many of them feel like they have no other choice. Every time I have ministered to a pregnant young woman, I have tried to convince them to choose life. Some I was able to convince, others went through with their abortion. Regardless of their choice though, I make sure that they know that my family will continue to offer them help, comfort, prayers and our unconditional love. After all, this is what I was taught and how I was trained during my theological and pastoral formation years.

But I also learned, by reading and studying Sacred Scriptures and Church documents, that life is a precious gift and that it needs to be defended and supported from conception until natural death and every stage in between. We cannot settle for less. It’s all or all. I am grateful for new pro-life movements such as The New Pro-Life Movement, New Wave Feminists,  Secular Pro-Life, Whole Life: Pro-Life Democrats, among others. They challenge and invite pro-lifers to look into other important life issues. I hope and pray for more of these new pro-life movements that aren’t intrinsically affiliated to a political party and that aren’t willing to sacrifice other important non-negotiable life issues. As a pro-lifer myself, I passionately believe that we need to defend the unborn, but let’s not stop there: let’s also defend and support the mother, the poor, the minority, the bullied, the immigrant, the refugee, the religious persecuted around the globe, the death-row inmate, and everyone else suffering from injustice and inequality in our country and in our world. 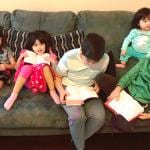 March 6, 2019 No more excuses: we must spend time with our children!
Recent Comments
2 Comments | Leave a Comment
"Children God’s gifts... precious than anything in life, for a Mother who keeps God in ..."
Lisha Tomy No reward or achievement is equivalent ..."
"“No one has greater love than this, to lay down one’s life for one’s friends” ..."
Chris Griffin No reward or achievement is equivalent ..."
"Martyrdom is a call of the Holy Spirit. There is no preparing or teaching your ..."
Ame Would we encourage our children to ..."
"One more thing on prayer. It humbles you and help you change. Praying for someone ..."
Tom O. Inviting Harmony into Your Marriage
Browse Our Archives
Related posts from Among Thorns, Eucharist and Pizza 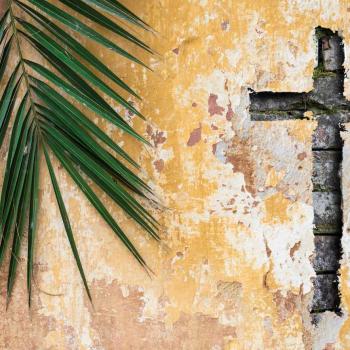 Catholic
Holy Week in the Domestic Church
Among Thorns, Eucharist and Pizza 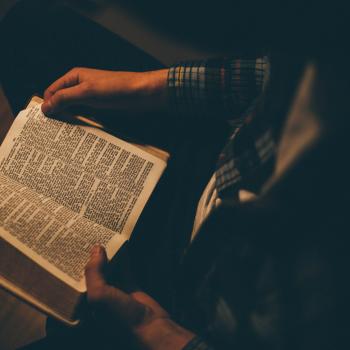 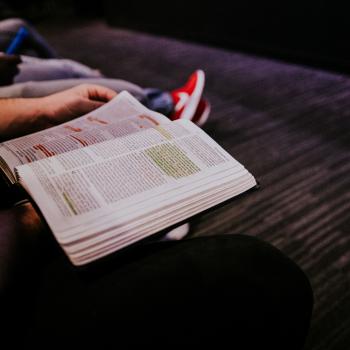