A few weeks ago, I attended the Renewal Across Americas conference at Regent University. I have been bogged down by grading so this is the first time I have had to write about the many things I learned about life at Regent–The House that Pat Robertson Built.

I have learned much about my chosen profession from watching and talking to many colleagues about their experiences. If I can generalize, the academic life of many in my cohort–is one where roots are rarely planted in one institution for too long.

Which is why I had lunch with my first mentor, Dr. Clayton Drees before the conference began.  Clay convinced me over 20 years ago to consider graduate school and even give this academic game a try. The last thing I remember talking to him about over 20 years ago was his new job as an assistant professor at a small liberal arts college in Virginia, he told me that if it worked out for him, he was happy staying there for the long haul.  He’s been at the same institution for 22 years and is now the Old Guard in the history department.

Clay was an adjunct for years before he landed in Virginia, doing the same freeway flying that many of us have done throughout LA–where back in the 1990s, there was never a shortage of jobs for folks like us to teach history–U.S surveys, World Civ, and any kind of specialization that we chose. Clay taught a series of classes at Cal State Los Angeles–I took nearly all of them–Heresy in the Medieval World, African Slave Trade, Tudor England, The Reformation–until I ran out of electives.  Aside from his command of the material and his enthusiasm for the subjects, I admired him because Clay was nearly completely blind from a severe case of malaria that damaged his eyesight while he was in the Peace Corps in Sierra Leone.  He used a large magnifying glass that he kept in his pocket to read and sign documents. He wrote in large block letters with thick black markers–the kind that I still use today.  I am now finding it harder to read small print myself and for the first time, I am aware of how I have to zoom documents to about 150 so as not to strain my eyes. Clay adapted to his near blindness, he adapted to life in small town Virginia, he stayed in the first tenure-track job he landed–and seems completely content with his career trajectory. I can’t say that about most of my academic friends.

I knew next to nothing about heresy when I took Clay’s class, learning that most, if not all heresy was politically motivated rather than theologically necessary. Before I heard about power dynamics in grad school–I heard that most events of religious drama set up as battles between good (orthodoxy) and evil (heterodoxy) were political set-ups that usually had something to do with securing power and money.  As someone who spent most of the early 90s, rummaging through various religious traditions that explored the “big issues” like the perpetual problems of suffering, the fact that orthodoxy did not hold all the answers was comforting to me.  People who crowned themselves with the title, “protector of the faith,” often did so to maintain an advantage over their weaker opponents.

Which is why as I spent most of the late 90s and early 2000’s ensconced in one Pentecostal tradition or another–as a participant and observer, I never bought the idea that there was one way to be a Christian.  Pentecostalism and evangelicalism had not cornered the market on orthodoxy–they just put more people on the “rack” for their theological insubordination.   As I looked closer, these late-night discussions and Sunday sermons were aimed at the culture wars against liberalism, secularism, mainline Protestantism and liberal Catholicism, feminism, and all sorts of other shibboleths. They were also nearly all about maintaining a particular tradition’s way of doing things–which inevitably meant–power and money.  Women leading worship while pregnant? Can’t be done, too much of a risk to “men’s piety?”  Voting Democrat? Real Christians don’t do that, read the Bible and you’ll see why.  Well there are real Christians in other traditions, but they have to believe the way we do for us determine whether they are “saved” or not.  Well I don’t think you can be a Catholic and still worship here, you should pray about it and see if God’s calling you to a more “biblically-based” church.

I have heard variations on all these and literally thousands of other “either/or” binaries since I started this work 17 years ago–I didn’t buy into any of it, it never caused me to go into a theological tailspin about what I believed because I did not think that these arguments to become more “orthodox” were particularly compelling.  Orthodoxy for many of my evangelical and Pentecostal fellow travelers means lots of things–competing, contradictory, incoherent, unfinished thoughts and arguments from a movement whose glue–piety–requires constant re-application, lest we all fall victim to the ultimate heresy—plunging necklines… 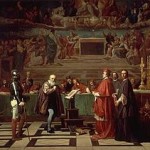 The last line is of course a simplistic reduction of centuries of wars against heresy–like the expanding universe, the earth revolving around the sun, the refusal to fight in wars, women in ministry, and of course the biggest heresy–the disunion and perpetual divisive nature of Christianity–broken into at least 22,000 different denominations and warring factions–all fighting their own battles against the heresy of the day. Only this disunion, division and dislike of other Christians is not viewed as heresy–it is viewed as essential to the maintenance of the only witness that really counts–the maintaining of conformity at all costs.

What Clay Drees taught me, aside from learning to be comfortable in one’s academic skin–was that heresy is the gift that keeps on giving–securing for the powerful, more power, and securing for those on the wrong side of the argument–perpetual marginalization. Or as one of my colleagues once eloquently told me, as he was forced to leave his academic position because of the “taint” of heterodox ideas in his theology–”the ultimate power is the power to exclude.”

Next time, I’ll tell you more about my revealing trip to Regent University– where subversion comes in many discrete forms. 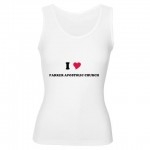 March 19, 2014 Hunting Heresy at Regent University--Part II (Dress Codes)
Recent Comments
0 | Leave a Comment
"The Church did not orchestrate the Massacre of St Bartholomew, but the pope ordered a ..."
John Clare The Curious Life and Death (?) ..."
"Your writings are mostly speculation.2 Corinthians 6:14 (KJV) 14 Be ye not unequally yoked together ..."
Joaquin Elias The (Un) Equally Yoked Marriage/Divorce of ..."
"http://www.c-span.org/video..."
EDDIE RAMIREZ What I Learned From Appearing on ..."
"Please do better research. The CHURCH did NOT orchestrate the St. Bartholomew's Day Massacre, not ..."
Philosophizer4Truth The Curious Life and Death (?) ..."
Browse Our Archives
get the latest from
Progressive Christian
Sign up for our newsletter
POPULAR AT PATHEOS Progressive Christian
1

An Explanation of Modern Christianity
Faith on the Fringe
Related posts from Re-Generaci?n