The Joker and the Supermen: Secular Story-Telling in a Spiritual World

The Joker and the Supermen: Secular Story-Telling in a Spiritual World August 12, 2018 M. L. Clark

It happens with uncanny frequency here in Colombia: when I talk to a male person, mid-20s to late-30s, eventually any conversation on societal expectations wends its way to The Dark Knight–and in particular, to the character of The Joker. Hesitantly, a good seven people I know here, Catholic and atheist alike, have confessed that they admire The Joker’s philosophy–resonate with it, deeply, even though they know this makes them atypical, and even though they’re a little ashamed to be inspired by a fictional character.

Now, it’s entirely possible that I am the mitigating factor in all these chats, but it’s hard to keep a straight face after the third or fourth person tells you they are exceptional for their affinity to a perspective that fuelled a highly acclaimed Hollywood film. It’s not even the number of people I’ve talked to that discounts such exceptionalism; it’s also, in this land of widespread Catholic iconography, the equally widespread, copyright-indifferent application of major franchise icons in storefronts and street art. At some point, a deeper question emerges: When representations of a given story are everywhere, what social factors foster the belief that you’re exceptional for having bought into it?

When I hear people recite some version of The Joker’s “madness … is like gravity. All it takes is a little push!” or “these civilized people? They’ll eat each other. See, I’m not a monster, I’m just ahead of the curve,” I hear fear: fear of the self and of the world. I hear people who recognize that they do not trust the social contract writ large, but haven’t any clear sense of an alternative. Who recognize, perhaps, an ugliness inside themselves and are trying to make sense of it, while moving through a world where surface civility is undermined by profound communal histories of chaos and violence.

I also hear a familiar refrain–the refrain of anyone who speaks of having deepened their faith as an adult, once they realized that they “needed” a god, “needed” the idea of something stronger and wiser and more constant than anything the world provides. And since I do not believe atheists are a different sub-species of homo sapiens, I recognize that few of us are ever absent this same yearning for order. Who among us has not tried to construct causality chains for the reasons we acted inappropriately, the reasons we did not achieve a certain calibre of success, the reasons disasters befell people around us? Our ability to make connections is one of our species’ great advantages–but the ability to see connections in everything, one of our most complicated.

This is the reason, too, that superhero and related epic fantasies appeal so widely: they play into the desire to be called to something greater than the randomness that exists outside our sense of a cohesive, non-random self. When I look up at the stars I find immense calm in the smallness of humanity’s every social pressure–but for others, it’s terrifying to be confronted by cosmic insignificance: the quiet roar of all our genocides and first birthdays, our slave trades and idle evenings in the good, late-summer air.

So of course many hearts will stir at the hope of a grander narrative, secular or otherwise. This very restlessness, this yearning for something more, even appears to some as an affirmation that there must be something more–for if there weren’t, why would we yearn for it (besides, you know, the evolutionary drive that keeps any living being, from a dog in heat to a tree taking root to a dividing single-celled organism, in pursuit of more)? No wonder, then, that this rhetoric lies at the crux of most every superhero origin story.

And yes, certainly, there are overlaps here between secular traditions and the spiritual. The narrative arc for Zack Snyder’s Superman, for instance, cleaves significantly to Christian symbolism–the Trinity of Superman, his father, and his father’s “ghost”, all engaged in combat with Greco-Roman (Platonic) philosophy (Man of Steel); the sacrifice and resurrection to save humanity (Batman v Superman); the ongoing battle for the soul of mankind against demonic forces on Earth (Justice League).

But in DC’s universe there are also The Joker and Batman, who in 21st-century iterations have suggested what lies beyond the cusp of current secular narratives. 400 years ago, Cervantes’ Don Quixote shattered the idea of perfect objectivity by illustrating how perspective shapes reality; today, the immensely well-known DC characters embody the struggle of operating both within and at odds with any social promise that something significant awaits us at the end of all striving for personal and societal improvement.

Now, I should note that Buddhism, as a spiritual tradition, already offers a no-brainer answer to this pointedly Abrahamic struggle, these relentless attempts to subordinate the Self to some great I Am in a culture where the existence of the Self, and the idea of free will for the Self, is so central to our social narratives. In place of all this struggle, Buddhism suggests that the Self is an illusion, and that by recognizing it as such, we can better experience our fleeting moments of sentience in the cosmos.

But we in the Western world–in Europe, in North America, and apparently even here in South America–are nonetheless dominated, in secular and religious story-telling alike, by the framing narrative of the Self’s singularity and singular importance. Thus our media engages us with various stories of how best to wrestle with our inner demons, what “calls” in the outer world to answer, what perils to heed, and how best to create consequences for personal choice in a cosmos with so many chaotic elements. How exhausting. How utterly without pause or reprieve simply to exist.

Christianity, of course, offers an answer to the problem it narrates for civilization. Such is the mark of any good religion. But what secular answer can hope to meet a question that wasn’t posed for the benefit of the non-religious in the first place? What kinds of stories can we hope to tell, and to elevate, in a cultural paradigm framed by the aforementioned spiritual battles: to name our inner supermen, to heed the “call” to some grander destiny, to confront myriad enemies of the Self standing in our way?

Batman is certainly a worthy competitor in this arena, for he adds a third dimension to Camus’ absurdism by not only walking the line between self-annihilation and descent into doctrine, but also the line of his own anger over the state of nature and improbability of justice by any means other than his own. Is such a slow-burning anger not a form of existential grief? Can we not see in his lifelong mourning the consequences of a childhood shock we all underwent to some degree: that first moment when the randomness of the cosmos hit us with the full, figurative force of a back-alley robbery gone orphan-makingly wrong?

I have known “Batmans” the world over–but I can even better understand the pull of The Joker in this narrative paradigm, because The Joker thrills in the game, lives for the game, of reminding everyone else that the game has no set rules at all.

Thus, when men around me in Colombia admit to their “exceptional” affinity for The Joker, I never once imagine that these people are going to go “full” Joker themselves. Rather, their affinity for this character serves as an act of resistance to a narrative impasse that emerges when one recognizes that all notions of social order are mere human impositions, and that extolling these human impositions of order can easily give way to self-delusion, fraud, and above all else, further suffering.

The trouble is that even The Joker is, by nature of being a character, trapped within a human contrivance–so how can we escape them? How can we in the Western secular sphere build characters at once as grand and as small as the random world we inhabit?

The answer perhaps lies in the distinct nature of Batman’s origin story in the superhero universe, because his initial notions of safety emerged from winning the social lottery at birth. He was born into an unequal world–a world in which his parents were wealthy and someone else knew a different-enough form of existence that robbing the rich was simply a matter of course–and this was the illusion of safety shattered by his parents’ deaths. Likewise, many children are sheltered when young in convictions of a coherent and perhaps even overseen cosmos–which can certainly provide some comfort if their circumstances are dire to begin with, but which can also create profound disillusionment, and estrangement, when they first realize the world is less cut-and-dry.

Would this transformative shock even be necessary, though, if the stories we told were more inclusive of randomness from the get-go? If children were raised from the outset to see the world as filled with the unexpected and the uneven?

As with star-gazing, I can already imagine how bleak an undertaking some might find this, but we’ve gone through periods of such story-telling before: whole cultural histories of trickster gods and pantheons of supernatural pettiness. We therefore know that an acknowledgement of randomness does not intrinsically require a revelry in violence.

What it does require, though, is the abandonment of overconfidence in the existence of a default cosmic order. When this illusion dissipates, so too will characters like The Joker as a matter of course. And in their place, who knows? Perhaps the Bruce Waynes of a more enlightened world will become social workers instead of vigilante justice-seekers in the wake of their lost innocence. And perhaps with a better narrative role for randomness–messy, ceaseless randomness–will come more space for wonder, too: wonder that we are here, in such a precarious and indifferent cosmos, to tell stories of it at all. 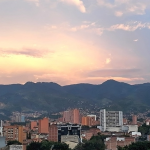 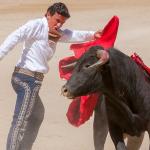 'Provocative' critic of Islam stabbed at...
The Freethinker
Related posts from Another White Atheist in Colombia

Video: The Euthyphro Problem for Divine Command Theory
This video is based on a presentation that I gave to the...
view all Nonreligious blogs
Copyright 2008-2021, Patheos. All rights reserved.