The Rhetoric of Purity Has Always Been Killing Us

The Rhetoric of Purity Has Always Been Killing Us October 29, 2018 M. L. Clark 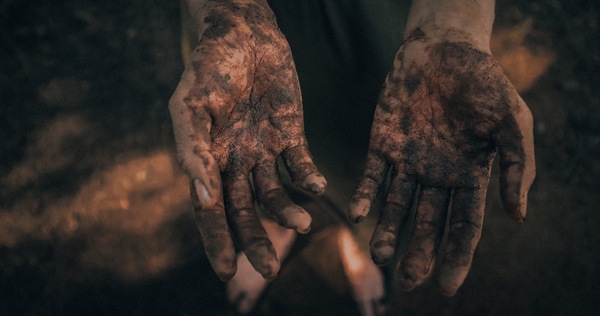 Let’s begin with a story, because I can’t bear to start with this past week’s news.

I was four or five years old–in kindergarten, and playing after school at a friend’s house. She wanted to play with another friend who lived along that row of bungalows, and in the bewildering magic of early-’90s Toronto, we met with no opposition when wandering from her driveway. Her friend’s backyard had a wooden fence, though, so we didn’t see who was inside all at once. And as it turned out, there was a new child in this other play group, a child I had never met before.

Once there, though, I was mortified. That poor boy! And after everything we had talked about in school and seen on TV! All those songs about our big global family! Ebony and ivory living together in harmony! I wanted to go back and explain to him that I hadn’t screamed because of the blackness of his skin. No, no! Not at all!

I’d only screamed because he was missing a hand.

…It would take years before it dawned on me that this explanation would hardly have made him feel any better.

Now, there are some who think that if one simply doesn’t educate a child in prejudice, a child will intrinsically turn out loving everyone. These parents sadly often find themselves horrified when their children do, in fact, articulate hatred later in life.

“We didn’t raise you that way! We didn’t teach you to act like this!”

But moving past knee-jerk revulsion–for someone who maybe doesn’t smell the same, or look the same, or take up space in the same way–is an ongoing education. Because we’re animals. A group-oriented species, in fact! And so we have solid biological reasons to trend small-c conservative: to follow the pack, to cleave to what is familiar, and to distrust difference. What could happen, after all, if we didn’t fear the unknown plant, the uncertain terrain, or the person who doesn’t smell like the rest of our tribe?

Thankfully, though, the natural fallacy applies in full force. Having evolutionary reason for this instinct does not excuse us from pursuing higher ideas of community. However, it does illustrate that such an objective requires work: not just once, but routinely in our lives. Even, and maybe especially, when we have fallen into a false sense of security, believing that unconscious negative biases are other people’s problems, not our own.

And then one day we realize that the news is a showcase of social-contamination rhetoric. “Suddenly” on our screens we’re seeing violently realized fears of border-crossing migrants, border-crossing gender identities, border-crossing sexualities, and the age-old notion of Jewish persons as nomadic infiltrators in other soils.

And at that juncture, we wonder to ourselves: “How? How could that happen here?”

As if it had ever really stopped.

Major religious texts attest to a long-standing human fixation on the maintenance of social and individual purity.

Now, some want to believe that religion causes this fixation, such that eliminating religion will eliminate the fixation. But I defer instead to the science advanced by the likes of Dr. Robert Sapolsky, neurobiologist and primatologist. For Sapolsky, ritualistic religious belief–with its focus on cleanliness, and how to eat, and where to defecate, and how to copulate–accords well with a set of compulsive behavioural traits that yield enough adaptive outcomes for our species that the associated genes are passed on even when maladaptive forms of the same traits can lead, say, to schizophrenia.

Simply put, behavioural biology suggests that religious ritual is an outward manifestation of some more-adaptive-than-not behavioural traits in our species.

But evolution is a devilishly blind operator, isn’t it? And so it doesn’t anticipate the amplifying effect of multiple authorities on this initially adaptive trait. Our species is so persistently deferent to authority, as I’ve discussed elsewhere, that in time the immediate authority of one leader, joined with the written record of past leaders, just reads as an overwhelming chorus of authorities on what is right and wrong.

(Unless you’re from a tribe that places a low value on history, like the Pirahãs in Brazil, who do not trust in accounts from anyone who was not present at an event. Lucky them!)

What happens then? Then you have a body of entrenched, ritualistic divisions between clean and unclean, pure and contaminated, that permeate the culture and become naturalized as capital-T Truth. And these, in turn, enforce the small-c conservative and compulsive traits that naturally arise in most human beings.

The Hard Reality about “Ending” -Phobias

So, sure, treating religious texts as inviolate authorities is bad humanist practice. Absolutely, their prescriptive nature enhances the worst of our proclivities. But because those proclivities have a biological component, it is dangerous to assume

This fourth point is painful, but warrants further elaboration. In The Prisons We Choose To Live Inside (1986), Doris Lessing offers commentary that could easily be read in response to this past week’s news, for:

This is a time when it is frightening to be alive, when it is hard to think of human beings as rational creatures. Everywhere we look we see brutality, stupidity, until it seems that there is nothing else to be seen but that–a descent into barbarism, everywhere, which we are unable to check. (11)

I reread this text often, precisely to remind myself of a related problem: the problem of false urgency. Are things really worse? Or have we always been on the cusp of falling prey to intolerance, and doing grievous, irreparable harm to each other in consequence?

And if the latter…

The problem with the rhetoric of “ending” racism or “ending” intolerance is its false promise of an end–which just sets up advocates for a better future to despair when they invariably “fail” to reach that lofty goal. We cannot end intolerance, for so long as there are new humans there will be new opportunities for prejudice.

What, then, can we do? Lessing counters her bleak proclamation with the following:

Against these enormously powerful primitive instincts, we have this: the ability to observe ourselves from other viewpoints. Some of these viewpoints are very old–much londer perhaps than we realize. There is nothing new in the demand that reason should govern human affairs. For instance, in the course of another study, I came upon an Indian book, a good two thousand years old, a manual for the sensible governing of a state. Its prescriptions are every bit as cool, sensible, rational as anything we could come up with now; nor does it demand any less in the way of justice, even as we understand justice. But the reason I am mentioning this book at all–it is called the Arthásàstra, by the way, and was written by one Kautilya …–is that this book that seems so unimaginably old talks of itself as the last in a long line of similar books.

I think when people look back at our time, they will be amazed at one thing more than any other. It is this–that we do know more about ourselves now than people did in the past. But that very little of it has been put into effect. … There is this great mass of new information from universities, research institutions and from gifted amateurs, but our ways of governing ourselves haven’t changed. (11-13)

Yes, we might have these dangerously compulsive behaviours because they’ve been more genetically advantageous to date. But what if we built a world that didn’t favour them?

Could we engineer a better us?

Pipe bombs against presidential critics. An anti-black massacre. An anti-semitic massacre. The rise of a new state tyrant in Brazil. The abiding tyrannies in the Philippines, Turkey, Russia, Saudi Arabia, and North Korea. The humanitarian crises and atrocities in Rohingya, Yemen, Syria, Northest Nigeria, and the DRC. The multitude of other international crises that haven’t registered while I’ve been watching news about Colombian social leaders kidnapped and killed…

This isn’t a descent into animality that we’re witnessing. We are animals. Maybe not as bad as parasitic wasps–but also, maybe worse, because we at least can recognize the suffering that goes hand-in-hand with our comfort.

The narrative we need to break from, then, is this idea that we have ever been free from the rhetoric of purity and contamination, or its profound implications for how we dehumanize one another the world over.

This is the fight.

This has always been the fight.

So when we resist knee-jerk fears of social contamination, no, we’re not guaranteed a future free from intolerance.

But if we are lucky–if we are ever so lucky–we can diminish its manifestation in the present. Maybe, too, we can reduce the adaptive returns for genetic traits that prime us in the first place for intolerance.

And because it is possible to achieve such hopeful ends, irrespective of our underlying biology, it is also imperative–at least, for the humanists among us.

For we humans may have been born into our sentience, but it is only in the rigorous exercise of self-awareness that we can ever hope to earn our humanity. 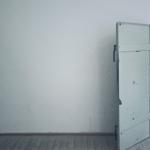 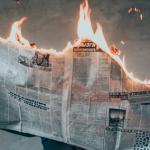 November 2, 2018 The Commentary Game: Speaking Truth in a World of Spin
Recent Comments
11 Comments | Leave a Comment
"Hi Anne,Thank you so much for engaging with this post. (Your response was caught in ..."
M L Clark Social Impact Visas: A Radically Humanist ..."
"Hi Franklin! I found your comment trapped in the Disqus spam filter that Patheos uses, ..."
M L Clark “The Incoherent Left”: Embracing the “Mess” ..."
"That's very carefully argued, and I think it also has to be addressed in the ..."
Anne Fenwick Social Impact Visas: A Radically Humanist ..."
"Whew! When it comes to climate-change/environmental activism, that's a different story: We have to break ..."
M L Clark Toxic Cultures: Reckoning as Humanists with ..."
Browse Our Archives
get the latest from
Another White Atheist in Colombia
Sign up for our newsletter
POPULAR AT PATHEOS Nonreligious
1 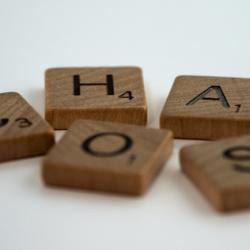 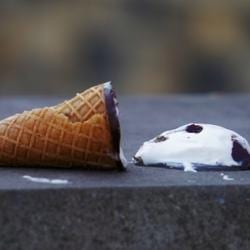