Fake News and the Frenzied Mob: How Violence Follows Fixation 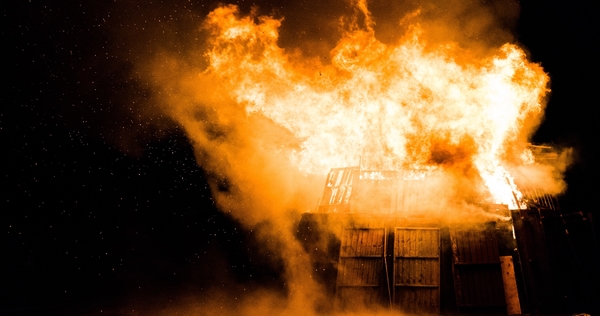 Let’s begin with a story. Not mine this time–a breathtaking piece by Marcos Martinez, as part of a BBC series on fake news around the world. In “Burned to death because of a rumour on WhatsApp”, Martinez describes Acatlán, Mexico: a town surrounded by maize and marigold fields, and filled with humble, impoverished citizens… who one day rallied around fake news about child abductors, and burned two men alive.

As Martinez painfully distills the brutality:

[O]n 29 August, Maria received a string of Facebook messages which seemed at first like a bad dream. A close friend in Acatlán was telling her that her son Ricardo had been arrested and was suspected of child abductions. It was a mistake, she thought. Ricardo would never be involved with such a thing. But the messages kept coming. Then came a link to a livestream on Facebook, and when she clicked on it she saw a mob, then she saw her son and his brother in law being beaten by the mob.

In vain, she posted a comment on the livestream. “Please don’t hurt them, don’t kill them, they’re not child kidnappers,” she recalled writing. But her message had no effect and she watched in horror as the men were doused in petrol, and the same technology that allowed a man in Acatlán to summon a mob to kill her son allowed her to watch him die.

And after? How did townfolk speak of the events that had unfolded, once they realized their error?

With the exception of Maura Cordero, the shop owners on Reforma Street said they were out of town when the violence happened, or that they shut their shops and fled, or that they never opened in the first place that day, which was not a holiday.

“No one wants to talk about it,” said Fuentes, the taxi driver. “And the people who were directly involved are already gone.”

According to state authorities, five people have now been charged with instigating the crime and four more with carrying out the murder. Martinez, who broadcast the livestream, Castelan, who called for petrol, and the man identified as Manuel, who rang the bells, were among the five. But the remaining two alleged instigators, and the four suspects charged with the murder were on the run, police said.

We hear similar stories throughout history. In the wake of the Holocaust in Germany, many average citizens claimed ignorance, even though research illustrates the opposite, and mob violence continued after the war, often under the same false rumour of child kidnappers drawing near.  In the wake of Rwanda, perpetrators of rape, torture, and murder speak of a mass insanity that swept through them, while more recent research seems to suggest an all-consuming sense of duty was at fault. That same delirium emerges in accounts of North American lynchings–the big-grinned euphoria of having tortured men with blows and protracted hangings before sometimes also burning their bodies alive.

I have mentioned elsewhere that it is dangerous to assume our problems are technological–that WhatsApp and Facebook and Twitter shoulder the lion’s share of the blame for our fake news. Rather, these seem simply to be the most recent tools with which we manifest an age-old human problem: groupthink at its worst.

The Devil Made Me Do It

Is it any wonder, then, that so many people want to believe in Satanic forces, when this sort of madness lies within our species’ reach? We who think ourselves more or less decent people? We who would find it unfathomable to do something so brutal, but have not really been put to the same social test as “decent” citizens come before?

The myth of the coherent self, so treasured in the West, historically leaves us susceptible to stories about being possessed when we go against what we think of as our better natures. When we break a vow to a loved one. When we cannot turn from our addictions on our own. Or when we, oh, say, join a mob in burning men alive.

Meanwhile, we soak up information–rapt consumers of news in all its forms, trapped in its emotional feedback loops. And how can we not? We have a duty to stay apprised of the world’s goings-on, don’t we?

What do we miss by not exercising more self-awareness–not just of the news that we read, but also of our own eagerness to check in with it at all?

As another brutal battle comes hopefully to a close in Gaza, I am reminded of the bleak social media maps produced after another Israel-Palestine confrontation in 2014. Within the year, Gilad Lotan had created network graphs that illustrated the profound media isolation that existed within the news event’s discourse communities. As he put it,

None of the information shared is false per se, yet users make deliberate choices about what they choose to amplify. This is a representation of their values, and the values of their connections. Messages passed along in one side of the graph will never reach the other.

This is a different narrative from that of “fake news”. This is a reminder that all news has an element of selectivity that makes “the full picture” difficult at times to grasp.

And more importantly, that reading the news is invariably an emotional exercise, and a tribal exercise. What we read either stokes our fury along pre-existing ideological lines, or comforts in its affirmation of those ideological lines to begin with. Like everything else in our life–the rumble in our empty stomach, the tightness or heat at the sight of a beautiful human form–there is a hunger sated by our news-gathering practices.

And if we are not cautious, that hunger can consume more than we will ever have the opportunity to restore.

Can we… pick a new species? A new planet? Are these viable options instead?

We’ve been enamoured for some 50 years by Marshall McLuhan’s claim that “the medium is the message”: that it is impossible to separate the substance of a message from the form in which that message is produced. Even outside academia, this has allowed for some deft compartmentalizing of culpability: TV is rotting our brains. The Internet is infantilizing us. Social media is making us susceptible to fake news.

Did you know that in Anti-Education, Nietzsche attributed cultural deterioration to the reading of newspapers?

Or that Plato’s depiction of Socrates has him disdaining written text entirely, as an inferior form of discourse, for–

When it has once been written down, every discourse roams about everywhere, reaching indiscriminately those with understanding no less than those who have no business with it, and it doesn’t know to whom it should speak and to whom it should not. And when it is faulted and attacked unfairly, it always needs its father’s support; alone, it can neither defend itself nor come to its own support.

We have attributed fault to the medium for as long, it seems, as there has been variation in our media. What happens if we turn the interrogation inward?

A Tedious and Ongoing Behavioural Shift

I do have a solution to our susceptibility to fake news and the frenzy that follows. However, it’s not glamorous and it’s not easy and I’m not very good at enacting it myself.

We need to be suspicious of our own interest in media consumption. Any media consumption. Would it really be so difficult to pay greater attention to our daily reading habits, and ask ourselves, why these forums, why not others? Why these articles, why not others? Or to try to put a stop to our reading practices, just to learn how we react? If we turn off Twitter for a day, say, how restless we become in its absence? Can you turn off pop-up notifications on your social media? Good. Do that, too. How does it feel? Do you feel as though somehow you’re missing out?

Because it’s not demons, as we on the secular spectrum well know. We are not possessed by otherworldly forces.

It’s worse than that: we are possessive, compulsive creatures by nature.

And yet another danger lies in disengaging entirely. Are we really going to claim that we can’t be bothered by world news simply because media consumption is an addiction, and we’re trying to cut down? Of course we have responsibilities therein.

But if we’re trying to live as better humanists, we should already know what those responsibilities are. We shouldn’t need the latest “hit” of global news 24/7 to inspire us to take action.

So ask yourselves instead:

Friends, I wish there were an easier fix to being human.

I wish I did not know all the terrible things that human beings can do while still thinking themselves quite decent.

But it benefits no one to deflect the blame entirely onto our latest communications tech–though I am, of course, gladdened to see technological changes being made to try to curtail the worst of human impulse.

Rather, an ongoing education in suspicion–of ourselves, our habits and our blind spots–is the only tool that can maybe stay the frenzy of media-triggered violence. Not everywhere, of course. There will come global news of another incident soon enough (and for all that I’ve warned against compulsive reading, I’ll probably read about it, too).

But… maybe… if we hold our own appetites more often to account, and focus on other, more proactive forms of humanist practice… we might get lucky. We might not find that violent frenzy also in ourselves, when it shows up in our decent neighbours, too. 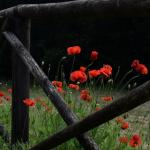 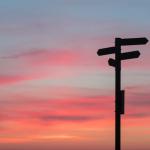 November 16, 2018 A Reciprocity of Kindness, not Violence, in Stories Old and New
Recent Comments
7 Comments | Leave a Comment
"Glad you are ok, ML. I was a bit concerned tbh that you got caught ..."
Major Major On to Better Worlds: An End, ..."
"Nit: "notably in 1970, ’57, and ’82"Presumably you meant '75 not '57, right?"
Antonio D'souza Humanist Policy Series: The Indigenous Futures ..."
"What does CRT stand for in this context? [Kindly forgive my ignorance for I have ..."
Antonio D'souza Toxic Cultures: Reckoning as Humanists with ..."
"Keep up the good work ML. I look forward to reading more of your ideas."
Major Major Humanist Policy Series: The Indigenous Futures ..."
Browse Our Archives
get the latest from
Nonreligious
Sign up for our newsletter
POPULAR AT PATHEOS Nonreligious
1

Hell in the 4th Century: Things...
Roll to Disbelieve
Related posts from Another White Atheist in Colombia