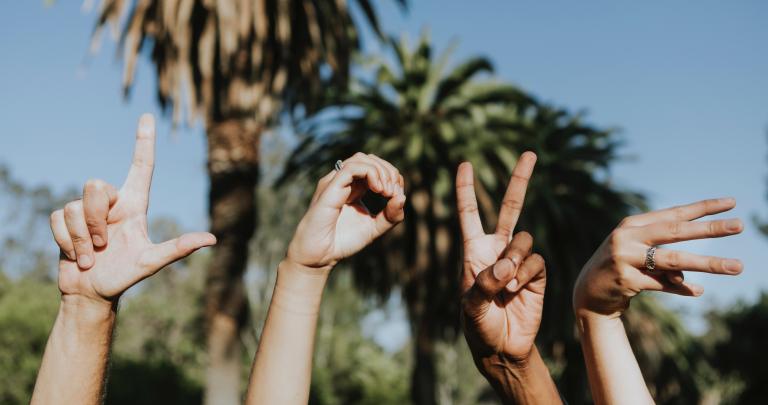 Let’s begin with a question: How often do secular folk fixate on the differences between scripture and real-world religious behaviour? Sometimes it feels as though a solid third of atheist rhetoric in my channels focusses on how Christians–politicians and lay-citizens alike–have failed to uphold [X] isolated verse in the Bible.

Shaming others is an old-as-dirt human behaviour–and it must be fairly satisfying, or we wouldn’t do it as often. But I have a great deal of suspicion for that which satisfies. Much as I don’t like reading texts that are essentially “preaching to the choir”, I find there’s a great deal of complacency in pointing fingers at others and their moral failings.

And so it worries me that so much atheist discourse involves indulging in the satisfaction of thinking we “know” a book better than religious folk, enough that we can shame them with our knowledge.

What are we overlooking when we do? What difficult work are we avoiding when we pass so much of our precious sentient time criticizing others?

Our Duty as Humanists to Build a Better Canon

Last week marked 70 years of the Universal Declaration of Human Rights (UDHR). As NPR notes, it wasn’t an easy road to acceptance, in large part because the document ran afoul of cultural differences. Many felt that it was too western-centric, a new form of colonialist imposition… and of course, there were religious contentions with some of its most critical articles. Eight countries abstained from the final vote: the Soviet Union and five bloc states, South Africa, and Saudi Arabia. (Two more, Honduras and Yemen, did not show up to vote.) Amusingly, though, this “western-centric” document also ran afoul of U.S. conservatives, who did not like the reach of economic rights the document endowed, and feared they would lead to… (you hear that, Russia?) socialism.

Just can’t please everyone, can you?

Since reading news of this milestone, though, I’ve been reflecting on whether we have any better text on secular humanist principles. And if we don’t, well… then we have a bit of a problem. Because while we’re pointing fingers at religious folks for their failure to live up to the best bits of their documents… we’re hardly living up to our own.

Now, certainly, I don’t agree with everything in the UDHR. I don’t think many of us would, and that’s fine! One of the great benefits of secularism, after all, is never having to regard anything as immutably sacred. (If ever sacred at all.)

So when I see Article 11.2, for instance, I recognize the reasoning behind it while still wanting better. We have the “pardon” in place as a social practice to ease punishment that we felt was unjust at the time. Is there really no way, without risking mob justice, to add the ability to intensify punishment for truly socially destructive acts? Must we always go through an injustice of a decision, like the conclusion to the “wolf pack” situation in Spain, and simply promise to change the law for future victims… maybe, eventually?

I also have concerns about Article 19, which has hardly kept up with social media as a tool of misinformation when talking of the “freedom to hold opinions without interference and to seek, receive and impart information and ideas through any media and regardless of frontiers.” I know Articles 28-30 emphatically states that all preceding articles are not to be employed against the spirit of the UDHR, but too much behavioural psychology illustrates how poorly we humans handle inundation by Bad Ideas. So how much can we risk? How should we balance protective censor with protections against state oppression? Good question. Huge question! And no perfect answers spring to mind, so I am left only with my unease and no solutions.

…But Still, We Fall Ever So Short of Its Goals

When I read the UDHR, though, I find myself less troubled by the parts I don’t fully agree with, and more by the parts I do. Because… good heavens, who can read this document and not come up with a handful of examples in recent history of each article being violated? The UDHR should break the heart of any good humanist who takes the time to read it–because it’s still only an aspirational text 70 years after its approval.

But why? Why isn’t it sufficient for a text to make grand declarations and the world to change in keeping with that wealth of codified optimism?

We in the secular world certainly expect it from religious folks–and usually as a brutal kind of mockery, to remind them that if a just god really existed, then a just world would be far more attainable.

…But my dudes, mi gente, we know there is no god save in the minds of fellow believers, each image of an almighty framed by community and text in line with personal beliefs.

So what in blazes is our deal, in mocking other aspirational people for not achieving the highest promises of their sacred texts… when we all have a long way to go?

Humanism is Humanism, Whatever Your Spiritual Beliefs

My #2 pet peeve, when it comes to the practice of humanism, is when religious persons assume that humanism is simply a secular concern.

Usually these religious persons are escatological nihilists of an Abrahamic flavour. They’re the kind of people who delight in posting memes about how YOU are the villain in your own life story, and Jesus is the hero. The kind of people who tell four-year-olds they’re going to hell because these children need to know right now, right at this most vulnerable and credulous moment so as to inspire in them a “loving adoration” for their creator. These people need to believe that No True Christian could possibly see in humankind anything but the worst kind of unredeemable garbage, because the worse the garbage, the more miraculous a god’s forgiveness… if humankind accepts its intrinsically wretched state. If not, to hell (literally!) with you and your prideful ways!

But my #1 pet peeve is when we secular folk do the same. And oh, we do. We do so every time we lump in nihilistic spiritualists with people using whatever story they’ve been given since childhood–whatever story forms their cultural communities, their families, their support groups–to try to build a better world. Every time we fixate on what is often regarded as on par with a belief in Santa Claus, or the value for working- and middle-classes of trickle-down economics. Every time we share memes about the “idiots” who draw strength and patience and wisdom from their faith.

Two Problems with This Behaviour

Meanwhile, we need a big tent if we’re going to develop better texts, and from those texts a better world. But are we even contributing to this big tent ourselves, if we’re so busy doing what is easy, lazy, and cruel? Where is our body of humanistic good works in all this tribalist venting at an out-group?

Simply put, when we join religious nihilists in neglecting religious humanists… we lose allies and ourselves as key players in compassionate humanism.

What we need is more Thomas Jeffersons… at least, the part of Jefferson that tried to build a better scripture than was originally on offer. To take a less slave-sanction-y example from the contemporary field: we need more Anne Lamotts, Rachel Held Evans’s, Rob Bells… people who openly, and with good humour, reject the bad, own up to what is awful, and otherwise re-shape their religions’ stories to suit humanity’s present needs.

And no, we don’t need these storytellers because creating the right story, the perfect text, is any guarantee of real-world application. (As the UDHR amply demonstrates, talking a big talk is an old-as-dirt human behaviour, too.)

Rather, we need a big tent because the very act of refining our culture’s stories–all of them, religious and secular–is a colossal undertaking. We need more people in the trenches of this work, dedicated on a daily level to thinking about how the world is, how we want it to be, and what needs to change in order to achieve those better ends.

…Because It’s Not Just Text, Is It?

No, it’s not just text… And this is the #1 mistake that ever so many persons with rigid legal views perpetuate: the belief that any text could ever be inviolate. Of course they bloody well aren’t. Each is simply paper and ink, or pixels on a screen, or lines scored with reed on wet clay, or chiseled with metal on stone. Before we had writing, we still had stories. We spoke them, sang them, probably did dances and made elaborate physical gestures to accompany them. We embodied our stories. And that’s where real authority lies–with the power and potential of each and every human being.

Evolution couldn’t prepare us, though, for the moment when the body of a given written text would become conflated in our simple primate minds with the bodies of human beings, each carrying a collection of experiences and authority-claims within them. Each collection profoundly human. Each collection unique in all the cosmos. And that’s not an easy conflation to erase.

Nevertheless, what the UDHR strove to articulate was that if anything should be inviolate in society, it is not our texts, not our bodies of law and scripture unto themselves, but ourselves: we wondrous, strange, and briefly questing human beings.

And so, 70 years on, the UDHR embodies a great deal of potential never achieved.

But so too do the humanists who read it today, along with a myriad of other cultural stories, and choose only to point fingers at the disconnect in others between aspirational text and individual praxis. We all have so many more interesting stories to embody. And we need them–all of them, all the mess and the muck of distinct human experiences–to develop a world where others are freer to do the same. 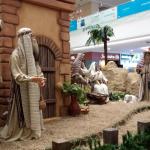 December 14, 2018
Who Is Our Family? Secular Community & Colombian Nativity
Next Post 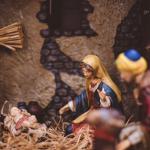 December 23, 2018 Relative Privation, Colombian Christmas, and... the USSR? Someone's Been Hitting the 'Nog Too Hard!
Recent Comments
24 Comments | Leave a Comment
Browse Our Archives
get the latest from
Another White Atheist in Colombia
Sign up for our newsletter
POPULAR AT PATHEOS Nonreligious
1

John Ortberg: The Scandal That Just...
Roll to Disbelieve
Related posts from Another White Atheist in Colombia 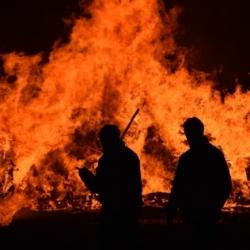 Nonreligious
"I Have No Sympathy for Their Fear": Emotions...
Another White Atheist in Colombia 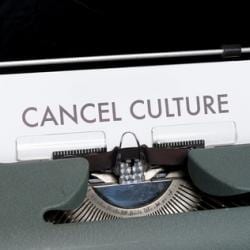 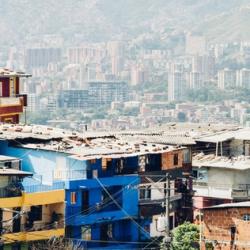 Nonreligious
Worrying Well: The Critical Application of Humanism to...
Another White Atheist in Colombia
TRENDING AT PATHEOS Nonreligious