Newton, Aquinas, and the Need for Fearless Secular Histories 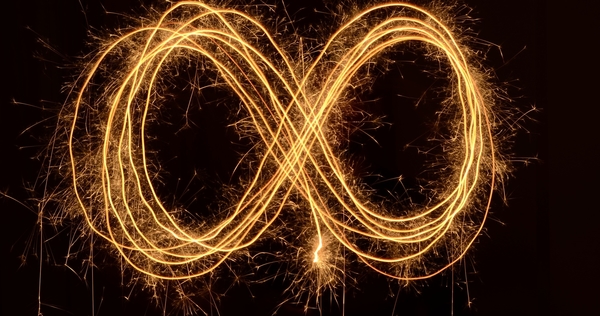 Let’s begin with a story. This one involves Sir Isaac Newton, that rather solitary figure who worked for his keep when he first entered Cambridge, but eventually secured for himself a 31-year career as Master of the Royal Mint, wherein he brought down the King of Counterfeiters, William Chaloner.

Oh, right, and… he did something else. Something about… mathematics? Physics? Optics? Dagnabbit, it’ll come to me.

I’m being glib, of course, about Newton’s Philosophiae naturalis principia mathematica (1687) and Opticks (1704), among other significant mathematical contributions–but only to make a point about historical selectivity. The way Newton is presented in a great deal of contemporary discourse, he’s rather stripped from his cultural context–which means that he’s often presented to lay-persons and novice students of science-history a) outside his unorthodox Christianity (usually by more secular-minded educators) or b) outside his 20-year dedication to alchemy (usually by religious persons).

Neither bit of cultural biography should be forgotten, though–especially for lay-persons and novice students of science and history. They are both essential to understanding the messy means by which human knowledge is improved.

Because Newton did something philosophically groundbreaking with his Principia. He presented a model of the universe that many saw at once would not need a creator once set in motion. His calculus in that text–though often tacit and indirectly outlined–also continued to quantify and apply the existence of infinite series (building off the work of John Wallis, Nicholas Mercator, and others). And… these two things that don’t quite accord with Aquinas’s Five Proofs for the existence of a god.

Now, today we have obvious counters from science, not least of which being the fact that we’ve zero reason to believe there has ever been true nothingness (even the vacuum of space is filled with virtual particles that phase in and out of realness all the time), and as such, we generally recognize that infinite series are part and parcel of our cosmos, with all the implications this brings to bear on philosophies that rely upon the opposite.

But can we blame Aquinas for faulty reasoning? He was writing in an era, after all, that didn’t understand infinity the same way. As such, his propositions treat the quantum-level universe the same way one might the contents of a breadbox (with a loaf of bread being eaten slice by causal slice, but clearly first placed there by something above and beyond the breadbox).

For centuries, it was indeed quite reasonable to imagine a breadbox cosmos, and make philosophical arguments accordingly.

Okay, back to business

…Not surprisingly, then, so too did Newton. Granted, he dissented from many Christian doctrines (sometimes in keeping with the major Trinitarian disputes of the era, at other times going a bit wilder in his Biblical interpretations), but he also strongly believed in an active god upholding the universe at every juncture.

And this makes Newton’s actual scientific achievements even more extraordinary, because his new physics and calculus posed a tricky challenge for the spiritual side of his life. Indeed, as Newton’s work became better known, rigorous debate emerged between Newton and other theological minds of the time on the greater consequences of his theory of gravity and work with calculus. In correspondence with Richard Bentley, for instance, Newton wrote of the multiverse theory–a supposition that becomes quite natural once one allows for the existence of infinities in mathematics:

ffor it may be said that there might be other systemes of worlds before the present ones & others before those & so on to all past eternity & by consequence that gravity might be coeternal to matter & have the same effect {from} all eternity as at present: unless you have somewhere proved that old systems cannot gradually wast & pass into new ones or that this system had not it’s originall from the exhaling matte{r} of former decaying systems but from a chaos of matter eavenly dispersed throughout all space. ffor something of this kind I think you say was the subject of your sixt sermon: & the growth of new systems out of old ones without the mediation of a divine power seems to me apparently absurd.

In other words, Newton conceded that there may well be an infinity of universes, but chose as his sticking point the idea that one system could ever become another without divine intervention.

And of gravity’s impact on notions of order, Newton went on to say that

Tis unconceivable that inanimate brute matter should (without the mediation of something else which is not material) operate upon & affect other matter without mutual contact; as it must if gravitation in the sense of Epicurus be essential & inherent in it. And this is one reason why I desired you would not ascribe {innate} gravity to me. That gravity should be innate inherent & {essential} to matter so that one body may act upon another at a distance through a vacuum without the mediation of any thing else by & through which their action or force {may} be conveyed from one to another is to me so great an absurdity that I beleive no man who has in philosophical matters any competent faculty of thinking can ever fall into it. Gravity must be caused by an agent {acting} <7v> consta{ntl}y according to certain laws, but whether this agent be material or immaterial is a question I have left to the consideration of my readers.

In short: Newton chafed at being associated with a principle of gravity that could function without a divine thumb forever at the controls. But then again, why not support the idea of such a hands-on creator? In so doing, Newton was simply aligning himself with a well-entrenched school of theologians insisting that natural order needed to be maintained at all times by a conscious force. That a god was necessary at every instant of creation for everything else to function.

Nevertheless, what Newton-the-theist resisted is exactly what Principia illustrated to be natural truth: that ours is a mechanical cosmos that needs no further fiddling once set into motion. Physics takes care of the rest from there.

So where does that leave a reasonable mind, trying its best to balance two competing propositions? For Newton, the answer was… to alchemy. For two decades he strove to illustrate that transmutation was still possible in this mechanical cosmos, and that the “thumbprint” of a creator could thus be revealed by breaking down said physical laws.

It didn’t work, of course, and Newton cut off his alchemical studies mid-sentence–though not until well after fraying a few close correspondences via paranoid comments made after late nights by the fire (and fumes!).

But it’s bizarre to see folks today struggle with this alchemical period, or try to read his scientific impact as proof somehow of an intellect driven solely by reason. What a simplistic and ahistorical gloss ours become, when we lose the motivating factors for Newton’s various arguments and studies. How deeply such an approach estranges us from the deeper lessons of those who were both right and wrong before us.

The more fearless version is as follows: Newton’s religious passion was part of what drove him to the theoretical study of his god’s creation, confident that his findings would bear out his beliefs. But when the published findings offered, instead, a mixed spiritual impact, he maintained his convictions via pursuit of other studies, hoping to find a fuller story in either alchemy or Biblical text. And failed in the former. And continued, with the latter, to write intense scriptural analyses, including a prophecy for the second coming (2060!). And applied himself to other positions that called for his compulsive aptitudes.

Newton lived, that is, a messy life, but a life nonetheless driven in a trajectory shaped by his assumptions. Now that’s a key lesson for any proper education in scientific literacy.

We in the secular world often excise histories of spiritual belief from disciplines over which we like to claim a special dominion. Science especially.

But we do ourselves a horrible disservice when we try to teach the import of a specific discovery outside its discursive context, spiritual or otherwise.

Newton should be taught as an heretical Christian, who leapt into studies of the natural world with strong convictions that shaped the path of his research, sometimes to productive ends and sometimes… not. Yes, he was a rigorous thinker… but that by no means precluded him from being governed by presuppositions–as Aquinas also was; as we all are. What’s truly dangerous is not the bias, but an education that gives anyone the impression that they can be 100% otherwise. Training that allows people to presuppose themselves as blank slates of critical thought, acting to advance human knowledge without any personal investments in the outcomes of their research.

What would a secular education in scientific history look like if we instead used these towering figures from the past to help budding thinkers today confront more fearlessly their own assumptions about the world?

“Confront” doesn’t mean forcing people to change their assumptions, either. It simply means teaching ourselves and the students in our care to recognize these starting premises as assumptions, and to realize that even those closest to them–people living in similar contexts–will often be starting from different ideological foundations.

In an “ideal” world (which already goes to show you how far my notion of a “supreme” form differs from Aquinas’!) we would neither sensationalize nor whitewash the mess and the flaws of being human.

In an “ideal” world, that mess would be central to our understanding of the same.

And so we’d celebrate human intellectual discourse as an achievement made possible not just despite but also through individual limitations… of which we each have many.

(But hey–we share that much in common with Newton and Aquinas, at least!) 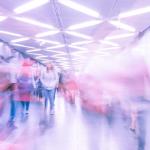 May 5, 2019
What Work Will Be Your Legacy? A Final Lesson from Rachel Held Evans
Next Post 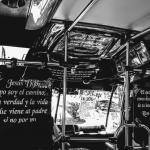 May 12, 2019 Suicide, Secularism, and the Storytelling Impulse
Recent Comments
8 Comments | Leave a Comment
"Also here: https://thephilosophicalsal....“I, of course, consider this stance of radical nihilism not only totally at ..."
KevinClarkSanchez Secular Gods-of-the-Gaps: Žižek, Joker, & Tribes ..."
"I don't think merely being "pleasant & agreeable" (the definition of "nice" in the dictionary ..."
Antonio D'souza Golden-Rule Redux: A Better Approach to ..."
"I think it's obvious from context to anybody not trolling."
Antonio D'souza Passover Is an Awful Story — ..."
"I've never thought you ask too much of others but rather that you publicly hold ..."
Antonio D'souza Aspirational Humanism and Contradictory Real-World Practice
Browse Our Archives
Follow Us!

Eric Trump Calls Covid a Hoax,...
Dispatches From the Culture Wars
Related posts from Another White Atheist in Colombia 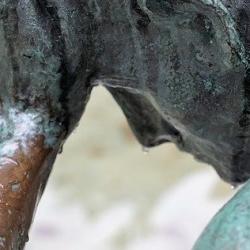 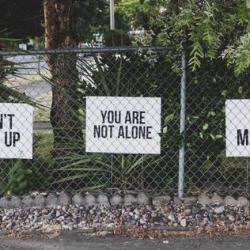 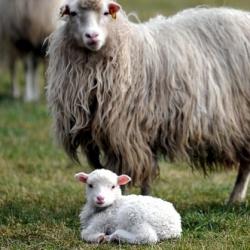 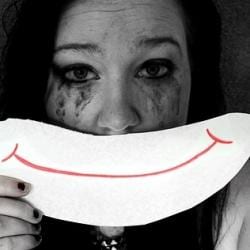