What’s the Point of Being a Good Humanist in a Mucked-Up World? 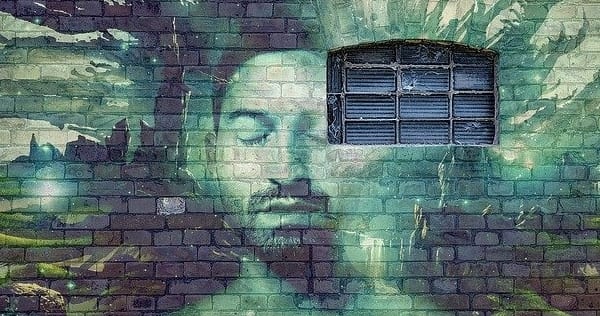 Let’s begin with a story. It’s the one where everything’s going wrong: zoonosis has triggered a massive viral outbreak, and associated spike in racism; Brexit has gone into effect, emboldening further racists; democratic checks-and-balances are being denied in plain view in the U.S. political system; citizen monitoring and related forms of state control are on the rise in genocide-perpetuating China; the consequences of climate change are being felt the world over in extreme natural events and increasing refugeeism; populist presidents are still thriving through the implementation of brutal initiatives in a wide range of countries; indigenous activists are still dying in their on-the-ground attempts to help protect natural resources; our food systems are making us unhealthier; and if obesity or opioids don’t kill us our loneliness epidemic will.

When I talk about humanism–that is, when I talk about the need for spiritual and secular people to put aside cosmological differences to focus on a shared interest in empowering human beings with empathy and science–I’m making a pretty darned big leap in presuming that we have any agency at all.

Because some days it really doesn’t seem like we do, does it?

We cut out single-use plastics… and then read articles telling us that our substitutes might be making matters worse.

We strive to eat less-than-perfect-looking groceries, then discover that such trend cycles can create different forms of waste, when the food industry already has perfectly good uses for ugly vegetables.

We recycle our hearts out, then find out things about the recycling industry that make us doubt if it’s good enough.

We reduce our meat intake, but then take a vacation worse than many people’s entire annual CO2 footprint, meat and all.

And are enough of us going to stop reproducing? Ever?

Is it reasonable, is it desirable, is it attainable, to be a good humanist in such a staunchly mucked-up world?

To be clear, after all: There are alternatives to humanism, both spiritual secular. If there weren’t, to say one is humanist would be meaningless, on par with saying “I am human.” (Which I’m certain most of you are.)

There’s existential nihilism, of course: the idea that life has no intrinsic meaning and nothing we create has meaning, either. For a spiritual nihilist, this looks like “if you are not in favour with our god, your life is meaningless and probably forfeit.” For an existential nihilist, this looks like “there’s no intrinsic meaning in the cosmos and no point to contriving a sense of meaning during my time alive. Do as you will until you die.”

Then there’s worldly detachment, Buddhist-flavoured or otherwise, in which one seeks a state of reduced investment in what the world is and isn’t, aspiring simply to be without striving for any greater insight or value in the time you’ve spent alive.

And then there’s my personal favourite, absurdism. As in Albert Camus’s famous summation of the precept, “il faut imaginer sisyphe heureux” (One must imagine Sisyphus happy), absurdism tells us to live with full awareness that life is meaningless without either killing ourselves or falling in with dishonest philosophy, instead being content with the struggle to hold the line between these options. Why? Because there and there alone, in our choice to be content with an existence we do not control, do we have any agency in the cosmos at all.

So, sure, we could be absurdists instead. (I often long to be one after certain news cycles.)

But… there is a critical difference between absurdism and humanism, and it lies in that notion of aspiring to contentment.

For an absurdist, that’s it. Life’s a grand cosmic joke: revel in it!

For a humanist, though, we might ask for a broader range of responses.

It’s no surprise that every generation from Sumer on (and probably quite a few before the written word as well) has stories of mass disaster wiping out most of the world, and prophecies of a more complete end-times soon to come. Promises, promises, am I right? In our species’ sheer exhaustion with itself through the ages, we’ve routinely sought to regain control over our circumstances by fixating, through our stories, on the hope that all our greatest missteps will soon be at an end.

(And then, in more tragic cases, we’ve sometimes achieved that control by hastening that end along through war or other forms of mass suicide.)

Harder, far harder, is to invest in the struggle itself. This isn’t the same as being hopeful (though you’re welcome to feel hopeful, too, if you’d like). This isn’t about finding new and better platitudes to replace the old, and clinging to any sense that if we just try a little bit harder, a little bit longer, everything will work out in the end.

Secular humanists: We know it won’t. The end is oblivion. That’s as much as anything ever “works out” in the cosmos.

So, no, this isn’t about optimism, per se. This is more about… recognizing when you are tired, and fed up, and cynical, and hurt, and wounded, and angry–all conditions in which it seems reasonable just to stop bothering–and then to make a concerted effort to keep bothering anyway.

Not because of some promised better world, spiritual or secular.

And not because we truly believe that racism, sexism, xenophobia, and other forms of social persecution will be “solved” in our lifetimes.

But because there is a gravity to saying, “Everything’s mucked-up and I’m sticking with it anyway.” Say it to yourself. Try it (or more forceful variants) out. There’s a conviction to it, isn’t there? A grounding assertion of inner will.

It’s our ultimate test, my friends. Can we get over ourselves, get over our egos, get over our hurting pasts and our grinding presents, get over all the people who ever wronged us and all the things we can never fix, long enough to be able to say, “Existence does not have to be happy or hopeful to be a space where meaning is made”?

After all, if there were a great big red button we could press to terminate everything simultaneously, okay, fine–then we’d be in a situation where it would be worth haggling over how much suffering is too much.

But we don’t, so we aren’t. Instead we have a world where we’re all linked to one another, and our collective suffering rises and falls with one another. Much as we might want to live with perfect detachment, then, and much as we might want to affect absurdist humour through it all, the day-to-day reality of our interactions with other people and their struggles is always going to pull us back in to the agony of meaning-creation in human society. (I mean, unless you’re already living in a remote cabin somewhere, disconnected from the entire ecosystem of human struggle? In which case, why the heck are you reading this?)

And it is agony, because meaning-creation is not easy, and it’s not always successful. We despair, we lose, we fail. Routinely. Daily, even. But even if we’re not high enough in the chain to make sweeping and sustainable changes to how much other people suffer, we can strive to alleviate proximate complaints: sometimes through aid; sometimes through presence; but most of all, by learning to look at our circumstances and remind ourselves that there is as much value in this form of existence as there is in any other, rich or poor, sea-slug and moutain-lion alike:

Namely, as much as we choose to invest in its growth.

So invest well, fellow humanists–in new knowledge, new experiences, new approaches to self- and communal improvement based on the best new intel–all while expecting no greater reward than this:

That you invested in your existence for as long, and as meaningfully, as you could.

January 19, 2020
"Words Can Never Hurt Us"? Our Selectivity with When Words Matter
Next Post 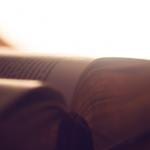 February 9, 2020 What Bilingualism Teaches Us About the Limits of Anti-Theism
Recent Comments
5 Comments | Leave a Comment
"Glad you are ok, ML. I was a bit concerned tbh that you got caught ..."
Major Major On to Better Worlds: An End, ..."
"Nit: "notably in 1970, ’57, and ’82"Presumably you meant '75 not '57, right?"
Antonio D'souza Humanist Policy Series: The Indigenous Futures ..."
"What does CRT stand for in this context? [Kindly forgive my ignorance for I have ..."
Antonio D'souza Toxic Cultures: Reckoning as Humanists with ..."
"Keep up the good work ML. I look forward to reading more of your ideas."
Major Major Humanist Policy Series: The Indigenous Futures ..."
Browse Our Archives
get the latest from
Nonreligious
Sign up for our newsletter
POPULAR AT PATHEOS Nonreligious
1

'Lamb of God' dead. We're fast...
The Freethinker
Related posts from Another White Atheist in Colombia