When Silence Awaits Us Instead 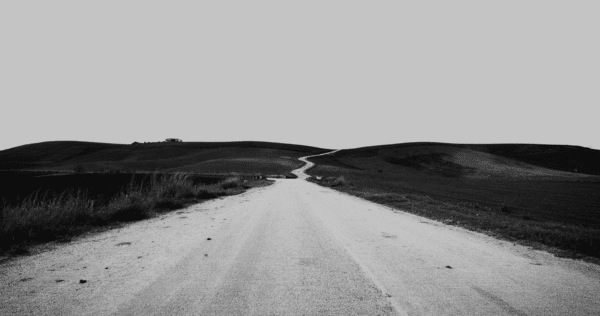 Let’s begin with a story. These last few months I’ve been interrogating a lot of my most deeply held beliefs, by which I mean beliefs that are so much a part of me I often forget they are beliefs: perceptions of the world as operating one way, that is, when I could be perceiving it in another. I explored a few of them in a recent essay, “Beyond the Biological: Why Humanists Must Be Leery of Inner Drive.” There, I discussed how something can often seem intrinsically gendered when the behaviour might instead be situationally learned. I spoke, too, about how important it was to recognize the difference, to have any chance of changing the behaviour itself.

Recently, I’ve seen the benefits of many of those difficult interrogations. I seem to have found the ability, at long last, to walk away from behaviours and interaction sets that are only causing me and others harm. I’m even moving apartments next weekend, if all goes well, to try to clear the physical landscape of my life alongside the mental realm.

(And I promise, I don’t mean to be so vague about those “difficult interrogations”; it’s just that my negative interaction sets span friends, family, and other loved ones. But that’s to be expected, isn’t it? How we behave with one person–what we accept and accommodate for with one person–of course sets a pattern of behaviour for other interactions, too.)

What does “walking away” from negativity look like, though?

For evangelical spiritualists, it can often take loudly triumphant forms. The whole notion of being “born again” is an incredibly tempting proposition for the human ego, because it provides a clear, celebratory marker for personal change. A cheering squad. A safe landing, leaping from one community straight into the bosom of another.

Conversely, often in relationships the greatest marker of personal growth is… silence.

Our increased capacity for it, that is.

The silence that comes when we’re finally willing to accept that the people who’ve hurt us won’t change, and won’t ever even understand how much they’ve hurt us.

The silence that comes when we cease to reach out further to people who intentionally misunderstand. When we cease to try to connect with and be understood by them. To have our version of events accepted as at least a form of legitimate truth.

When people talk about atheism being a bleak proposition, whether or not they are conscious of it, this lack of celebration for perseverance is surely a part of the cosmological horror they envision on our “side” of the debate. The idea that there’s no great finish line. No being welcomed into a grander fold.

No universe smiling upon you for having risen above all your failings to date.

Nothing, nothing at all in the greater cosmos to offset the traumas you’ve endured.

So why even bother, if there’s no splash of fireworks at the end of it all?

Silence in an Unfeeling Cosmos

In another recent essay, “What’s the Point of Being a Good Humanist in a Mucked-Up World?” I discussed why humanism is a vital philosophy for our hurting world. Today I’m not going as far as humanism. Today I’m just sitting with base-line atheism: the absence of a belief in any god or divine spirit of the cosmos; the absence, too (tangentially but not intrinsically), of a belief in any conscious afterlife.

Because, here’s the thing: A lot of the time atheists don’t confront the cosmological horror of that silence. We’re still human beings, after all, with the same proclivities, egos, and dreams as anyone else. Where an evangelical theist might glory in feeling “the spirit” move through them, we atheists also thrill at moments that make us feel alive… and many of us still seek out such loud, affirming moments precisely by cleaving to theistic/atheistic debate, long after walking away from the faith itself.

It’s hard to resist, no? It’s addictive stuff, that euphoria of saying “I once was blind, but now I see!”… whatever “blindness” might be for us in that (highly ableist) construction. We want to “arrive” somewhere, and for our arrival there to be meaningful, somehow.

And yet… atheists even more than theists should know better, shouldn’t we? We know the cosmos doesn’t give a crap about what we’ve lived through, what we’ve surmounted, or even what kind of person we are at the end of it all.

If one among us, hypothetically, were to have dedicated their entire public life to the advancement of science and atheism, adamantly espousing the importance of critical thought on every debate stage and in every published text… yet remain unable, right to the bitter, Twitter-y end, to interrogate their racist, chauvinistic, eugenicist, and colonialist attitudes, too… well, so be it. Is so much as a up-quark on Jupiter going to shudder at this person’s moral hypocrisy?

And so atheists more than anyone “should” know that all our striving to improve is for ourselves–our own egos, our own consciences, our own hopes of improved hierarchical positioning within society–and maybe also, incidentally, for those around us.

However, the sheer act of living within such loud, affirmation-driven societies frequently distracts us from the full consequences of an atheistic worldview. Being biological entities, we’re of course susceptible to the biochemical thrill of social affirmation–and that often makes us forget what is essential to our cosmology.

So, What, We Should All Be Silent?

There’s nothing wrong, either, with being human. Posting our triumphs on social media–or even better, sharing them with loved ones offline, in the “real” world–is part of the splendid experience of being living witnesses to the cosmos, while we are.

The problem only arises when this need for affirmation, for some declarative marker of strength and perseverance through social performance, keeps us from making the tougher improvements in our lives. When we would rather hear our existence acknowledged in the most negative of ways, through ongoing strife with people who do not bring out the best in us, than to walk the road of life in silence, without acknowledgement at all… we’re choosing a fiction not unlike (to us) spiritual belief.

And, hey, maybe we need those fictions for a while. I’m a published writer of speculative stories; who am I to say that fictions can’t be a path to finding value in our lives?

But we atheists should at least own up to what we’re doing, when we choose to continue hurting ourselves and others because of the thrill of the story, the misleading promise that this story is inherently going somewhere. That there will be a greater reward, a greater lesson, a greater enlightenment at the end of all the hurt we cause ourselves and others.

I’m not great at this myself. I’m a storyteller, after all. I talk. I chatter. I fill the void by whistling in the dark. And also, as a humanist, I firmly believe that there are stories we should be constructing, collectively, from empirical data and an ever-expanding practice of empathy, so as to improve sociopolitical outcomes for all sentient life.

But that very drive sometimes clouds me from seeing when storytelling is not, in fact, the road to better social policies and human experience writ large.

I struggle, that is, to quickly and decisively recognize when storytelling is instead only an attempt to rationalize the continuance of harm. To convince myself that the pain I’m feeling is going somewhere, or that the harm being created in a given interaction set will amount to something… if only I keep telling the story a little longer.

Silence, as any atheist knows, is what awaits us all in the end.

Sometimes, though, it’s also necessary in the middle.

Have we the courage to live out that part of our cosmology, too?

February 16, 2020
Why "Diversity" Isn't Enough in Humanist Storytelling
Next Post 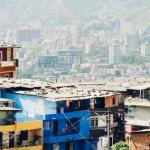 March 1, 2020 Listening: A Vital, If Undervalued Tool for Humanists
Recent Comments
14 Comments | Leave a Comment
Browse Our Archives
get the latest from
Nonreligious
Sign up for our newsletter
POPULAR AT PATHEOS Nonreligious
1

'Satanic' school head, pictured with a...
The Freethinker
Related posts from Another White Atheist in Colombia