Humanism and the Real Problem of Suffering 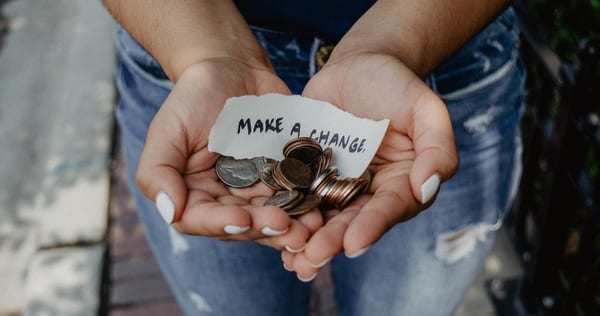 Let’s begin with a story. Regular readers know that I get pretty grumpy when addressing the Christian Bible’s awful morality, so I try to limit how often I focus on this text and the figure of Christ represented within it. I’m strongly of the opinion that fixating on religion’s textual flaws is not a useful way of building a more robustly secular state — and in general, I find the whole theist/atheist divide to be a distraction. The more urgent task for humanists is the quest for fellow-travellers: people, that is, whose cosmologies might differ, but who share an interest in the application of comprehensive empirical knowledge to public policies and actions that maximize human agency and welfare.

Today, though, I need to call attention to one of the many awful things that Christ is given to say in the New Testament. Why? Because although most of my Christian friends grew up in liberal churches (where Christ’s lousier comments and actions are mitigated by the storytelling of church leaders), it is extremely important to remember that conservative Christians have quite a bit of textual justification for their political positions.

I’ve written before about the Christian Bible’s moral narrative being all about individual charity within a status quo of master/slave relationships that Christ reifies rather than challenging, as opposed to advocating for state reforms that would reduce the power of “masters” over others’ outcomes in the first place.

But there’s also a fairly ugly approach to suffering naturalized in Christ’s narrative, which poses huge problems when we’re trying to dream up better worlds. Christians who don’t attend too closely to the text, and focus instead on the “spirit” of Christ established by their church communities, probably won’t support this Christly view of suffering — and that’s fantastic, from a humanist perspective! — but it’s still important to remember that the view not only exists, but is also shaping public policy.

As humanists, we have to refuse such outlooks a place at the table.

Martha, Judas, Perfume, and the Inevitability of Suffering

1 Then Jesus six days before the passover came to Bethany, where Lazarus was, which had been dead, whom he raised from the dead.

2 There they made him a supper; and Martha served: but Lazarus was one of them that sat at the table with him.

3 Then took Mary a pound of ointment of spikenard, very costly, and anointed the feet of Jesus, and wiped his feet with her hair: and the house was filled with the odour of the ointment.

4 Then saith one of his disciples, Judas Iscariot, Simon’s son, which should betray him,

5 Why was not this ointment sold for three hundred pence, and given to the poor?

6 This he said, not that he cared for the poor; but because he was a thief, and had the bag, and bare what was put therein.

7 Then said Jesus, Let her alone: against the day of my burying hath she kept this.

8 For the poor always ye have with you; but me ye have not always.

Now, you almost have to feel bad for the anonymous writer of John — because if you note the narrator’s intervention of line six, it’s clear that the writer recognized the source material as pretty darned lousy, and was trying to mitigate the awfulness of “eh, poverty’s always going to exist — let the lady pamper me while I’m still around.”

But Anon’s explanation actually makes things worse, because it suggests that Christ was going around with his disciples all this time, accepting donations from whomever they visited, knowing full well that Judas was stealing from whatever the group gathered.

So many of the things that Christ is given to say and do in the Bible would be regarded as unacceptable conduct among us today — and allowing your financial department to steal from your non-profit organization, while still accepting donations from others who trust that you’ll use their offerings to do good? Oof. That is definitely high on the list.

Suffice it to say: Many, many, many Christians are far better than their Christ.

Minor props to Anon, then, for at least recognizing that the source material was Not Good, and trying to come up with an explanation for why this supposed champion for the poor chose comfort over service by glibly invoking poverty as a social constant.

But wow, does the writer of John ever deepen the moral deficit of the whole spiritual assembly (Christ and his disciples) in the process.

Now, I’m not going to get into how easily this section supports all manner of corrupt corporate/institutional practices among many Christian/Catholic groups today. My point here lies strictly with the assertion that poverty will always be with us. As I’ve mentioned in other essays, this is perfectly in keeping with Christ’s focus on individual acts of charity as opposed to calling for state reform (under the assurance, of course, that the poor will be rewarded after death); and yes, of course, individual charity isn’t awful.

However, advocating for a world in which it is the norm also means advocating for the continuation of an unjust social baseline — and to many conservative Christians, that makes perfect sense. After all, in a world without poverty, without unjust imprisonment, without suffering, how would a Christian exemplify his faith via his conduct towards his fellow man? Poverty is simply an opportunity, to some in the Christian world, bestowed by their creator on the poor and the rich alike: that the poor might practise gratitude and humility; and that the rich might practise charity and grace.

Again, of course, plenty of Christian communities would also strongly disagree with such logic — which is why they tend to gloss over Biblical stories like the above, choosing instead to amplify those aspects of the New Testament that best serve today’s hard-won social contract. This is a social contract, after all, that unlike the world of 1st-century A.D., rests on internationally established standards for war crimes and genocide; actively fights on a systemic level to improve human rights; adapts with rapidly changing technologies to establish higher standards of care multiple times each generation; and does all this, furthermore, even as quite a few in our societies work against collective best-interest, by seeking economic mastery over their fellow human beings instead.

Christian humanists who work hard to get Christ and the Bible up to speed with contemporary secular mores therefore raise the bar for all humanists — because, in retooling the stories of their birth to match the moral arc of today’s society, they’re also giving others in their communities the narrative space to cultivate better virtues, too.

For atheists, it’s easy to spend a whole lifetime sneering at religious people and trying to get them to abandon their cultural heritage altogether. Meanwhile, though, how many of us are similarly retooling awful secular stories? How many of us working, say, against the knee-jerk nationalism and Western supremacy into which we, too, were born? We have our own stories to mediate and transform — and it’s often sheer laziness and deflection from that (much) harder work which leads many of us to fritter our lives away taking pot-shots at persons of faith instead.

Your cosmology matters less than what you do with it. Full stop.

Early in the pandemic, a common news-media refrain held that people were grieving the loss of old norms — and to some extent, I would agree that many people underwent such emotional journeys.

However, I would also argue that quite a few people were also processing their shock at how quickly supposedly intractable aspects of the socioeconomic landscape could change after all. How quickly the U.S. government, for instance, could find trillions to bail out corporations, when its mantra for years has been that universal healthcare (something thriving in plenty of other countries across the world) was “too expensive.” How quickly the bail-outs came for floundering corporations, furthermore, while the rhetoric of conservative thinkers still bore down on suffering individuals for not having more in savings to weather a months-long economy-wide disruption. And how it was, in fact, possible to change other, arduous aspects of working life that for decades had been treated as immutable.

Now, though, as businesses and economies reopen around the world, we’re seeing a return to that rhetoric of inevitability: The inevitability of “some sacrifices” in the form of expendable lives. The inevitability of total death counts, too, that months prior would have been perfectly preventable. And the inevitability that many people will never see a full recovery from the loss of homes, livelihoods, health, and general wealth… even as many major corporations and billionaires were able, as always, to expand their net worth on the back of everyone else’s suffering.

We have to resist such glib indifference to suffering. We have to refuse others’ attempts to repeat this modern version of “For the poor always ye have with you” until we all just accept this as an immutable status quo again. It is not.

We set the parameters of possibility for our world, through what we allow the political realm to permit in the way of either socioeconomic emancipation or predation.

And right now, as in the first century A.D., the political realm strongly favours the protection and enhancement of existing wealth — at significant cost to the ability of the majority to achieve any stability of their own.

The religious nihilist leans on the idea that the poor will find their reward in death, while the indifferent shrug, and the claim of suffering’s inevitability, is the provenance and rallying cry of nihilists in general.

But the humanist — religious and secular alike — will instead seek that “heaven” or worldly justice in the here-and-now.

And we probably will not achieve it.

We may indeed never know a life where poverty and suffering are not with us.

The difference is that, with whatever time we have, in whatever manner is available to us, we will not fail to try — and we will not give glib excuse for our failures, either. 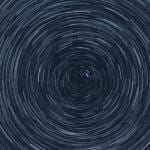 August 31, 2020
Talking in Circles: Who Moves Your Humanism Forward?
Next Post

September 20, 2020 Scientific Citizenship: An Essential Political Stance for Humanism
Recent Comments
0 | Leave a Comment
Browse Our Archives
get the latest from
Another White Atheist in Colombia
Sign up for our newsletter
POPULAR AT PATHEOS Nonreligious
1 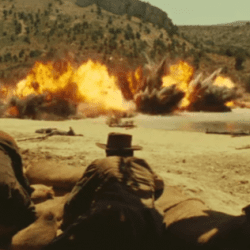 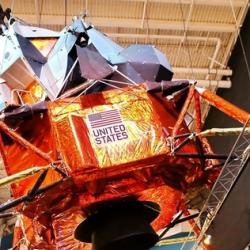 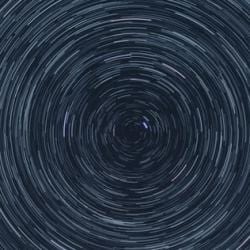 Nonreligious
Talking in Circles: Who Moves Your Humanism Forward?
Another White Atheist in Colombia 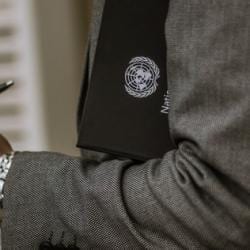 Nonreligious
Against (Patriotic) Chauvinism: The Final Frontier for Global...
Another White Atheist in Colombia
TRENDING AT PATHEOS Nonreligious