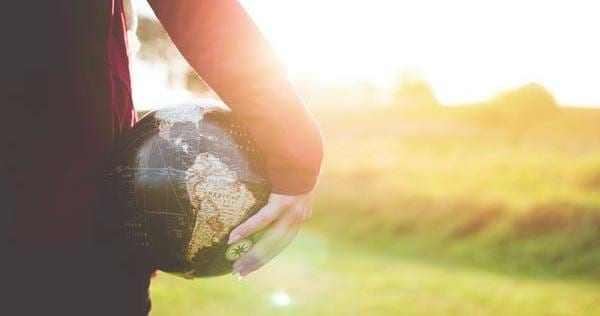 Let’s begin with an update. This is my last day, again, as a properly documented person in Colombia. This time the chaos is system-wide; everyone with tourist permits in need of renewal has found, in the last few weeks, an online system utterly bereft of dates for renewal appointments. Last March, early in the pandemic, the Colombian government explicitly extended tourist permits. This time, though, there’s been no clear announcement. We’re just… in limbo for a while.

Stress about legal precarity has a lot to do with my last essay here, in which I proposed a class of visa, the “social impact visa“, which I strongly feel could leverage aspects of our current visa systems (like private/personal sponsorship, and qualitative evidence packages) to create a more just pathway for immigration around the world. The social impact visa would also alleviate some pressures that I’ve experienced firsthand, when exploited by a local company during visa-renewal, as well as the pressures (and trafficking risks) that accompany the marriage visa.

The “funny” thing is that, when I mentioned to a friend here that my personal frustration with immigration’s predations and precarities had fuelled the creation of this proposal, he promptly told me this was easily the “whitest” thing I’d ever done. And I have to agree with that assessment — because his own experiences as a refugee never found him in a position where he could ever be as openly critical about a given immigration system. He had no platform, and couldn’t, because as a political refugee he’d been resigned to a life of keeping a low profile.

A staggering number of people who have seen firsthand the injustices of migration similarly lack the networking, the platforms, the language, or the general safety to participate in the work of better-world-building through public policy development.

And that says a heck of a lot about the existing power imbalances in our supposedly democratic systems.

So, yes, my friend is right. Writing a proposal for a new visa-class is the action of someone who moves within the shelter of presumed social power (i.e. white, Western norms) even when trapped in precarious legal positions in other countries.

But it’s also the correct thing to do: to use whatever power and platform one has to improve the state of the world for others.

Over the next few months, my legal precarity here will only intensify, as I near the April 14 date when I can again apply for a proper visa. I’m not happy about any of it — the uncertainty; the arbitrary nature of government rulings of visa cases; the sheer waste of money, time, and energy that goes into trying to stabilize my status — but I’m also acutely aware that my precarity is still the precarity of someone with options.

I’ll be the first to admit, then, that what I hope to write here, over the next few months, is a series of policy proposals in part meant to offset the helplessness I feel in my day-to-day life: My anger at the senselessness of it all. My exhaustion from having to spend so much time reacting to legal-status problems, instead of proactively making the contacts needed to advance my goals to support education and the arts in Medellín. And my even deeper fury that I’m by no means alone in any of this: that the vast number of human beings with grand dreams and potential are consigned not just to similar struggles but also to far, far worse.

But if these policy proposals arise from frustration, so be it.

(It is the poor rationalist who denies the existence of an emotional component to their thoughts.)

My hope is that, irrespective of their origins, these proposals will still provide useful, cogent, and comprehensive starting-points for a wide range of better-world-building discourse among fellow humanists here.

For the next few weeks, I’m going to work through a series of nine policy proposals to join that of the aforementioned social impact visa. All of these ideas will adhere to a set of overarching standards (policy proposal #1) that I’m calling the Social Wellness Package, and they will hopefully reinforce one another in their scope and outcomes. Indeed, this Social Wellness Package is best imagined as a destination — an ambitious destination! — that all new policy would be expected to help society approach, through adherence to its stated success metrics.

And, obviously, the key word in all of this is “proposals” — as in, the opening volleys for richer conversation. I may be thoroughly versed in a few fields, after all, but I’d be a damned fool to think myself the absolute expert in every policy sphere and its real-world outcomes.

What I would ask of you, then, as fellow humanists following this column, is to help me in the coming weeks to advance, refine, correct, and reverse course on whatever idea you think has not been developed as comprehensively as it needs to be.

Bring in your informed dissent. Share your info silos. Present your counterarguments.

Because humanism can only be advanced when we commit with as much humility as possible to the ongoing process of empirical discovery.

Only when we avail ourselves to the limits of our collective knowledge, and seek openly to fill in its gaps, can we build the best possible policies for maximizing and optimizing human agency.

Today, then, this might be the “whitest” thing I’ve ever done: to pour my legal-status frustration into trying to shape a series of conversations around public policy. But if these efforts advance the discourse even a little, maybe we can contribute — together — to a future with less of a power-imbalance, and far more direct democracy, for all.

Please join me, then, in these next few weeks, as we consider the following:

Fellow humanists: I look forward to advancing a more proactive conversation around all of these ideas with you in the coming months.

Please also feel free, in these coming weeks, to share ideas for better policy all your own.

All warmth (and swift vaccine delivery) to you and yours. 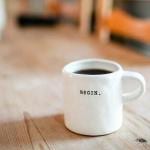 January 31, 2021 Humanist Policy Series: The "Destination" for Our Social Wellness Package
Recent Comments
0 | Leave a Comment
"Glad you are ok, ML. I was a bit concerned tbh that you got caught ..."
Major Major On to Better Worlds: An End, ..."
"Nit: "notably in 1970, ’57, and ’82"Presumably you meant '75 not '57, right?"
Antonio D'souza Humanist Policy Series: The Indigenous Futures ..."
"What does CRT stand for in this context? [Kindly forgive my ignorance for I have ..."
Antonio D'souza Toxic Cultures: Reckoning as Humanists with ..."
"Keep up the good work ML. I look forward to reading more of your ideas."
Major Major Humanist Policy Series: The Indigenous Futures ..."
Browse Our Archives
get the latest from
Nonreligious
Sign up for our newsletter
POPULAR AT PATHEOS Nonreligious
1

QAnon Lies, and People Die
Roll to Disbelieve
Related posts from Another White Atheist in Colombia