Jerusalem: Who Needs Enemies When You Have Friends Like Trump

Jerusalem: Who Needs Enemies When You Have Friends Like Trump December 7, 2017 Ejaz Naqvi, MD 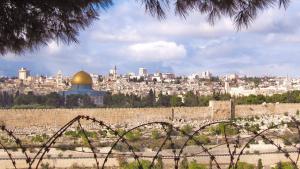 I stay away from the “politics” in my posts and focus more on faith and how our faith traditions can help bring us closer together.

President Trump’s announcement yesterday to recognize Jerusalem, as the capital of Israel was a blow to the faith and secular peacemakers’ efforts to bring peace among our communities. This is a huge setback for peace process in the Middle East, and the world. We all know the unrest in the Middle East has repercussions for rest of the world.

Hans Küng, a Swiss catholic priest and a theologian has long emphasized the interconnection between religion, peace and the need for interfaith dialogue. Back in June this year, I had made references to The Declaration Toward a Global Ethic on my post on Interfaith Dialogue which in part stated:

Jerusalem was designated “international city” by the United Nations in 1947. After the creation of Israel, the city was divided into the western half under the Israeli rule and the eastern half under Jordan. After the 1967 war, Israel captured the eastern half. In July of 1980, Israel declared Jerusalem the united capital of Israel. The United Nations Security Council passed a resolution to condemn Israel’s annexation of East Jerusalem and declared it a violation of international law.

President Trump also announced the plans to move the embassy from Tel Aviv to Jerusalem. To be clear there are exactly zero embassies in Jerusalem. Sure there are consulates, including those ones from United States, France and Greece. Other countries such as U.K and Turkey have their consulates in East Jerusalem.

Reaction to the Decision

The reaction has been swift. Most Muslim countries and organizations have expressed anger, sadness and concerns.International leaders are condemning Trump’s ill-conceived decision. Sure he is keeping his election campaign promises but at what cost? Senator Bernie Sanders criticized Trump for undermining Israeli-Palestinian peace and damaging the U.S.’s ability to broker it. Jewish advocacy group the J Street called it an unhelpful step with no tangible benefits, only serious risks.

Widespread protests are expected throughout the world. American and friendly Arab countries fear that there will be another Ben Ghazi-type attack (or attacks) on U.S. embassies across the world, putting our diplomats and their families at risk.

Rabbi Michael Lerner of the Network for Spiritual Progressives and the editor of Tikkun magazine reacted with a swift condemnation.

As Jews approach the celebration of Chanukah, our own national liberation struggle against the occupation of Judea by an oppressive imperial power that culminated in 165 BCE with the purification and rededication of the ancient Temple in Jerusalem, many of us in Israel and the U.S. will rededicate ourselves to seeking for the Palestinian people the same rights and dignity of national self-determination that we rightly fought for in creating the State of Israel in 1948.[1]

To be clear, Jerusalem is held in high esteem by Jews, Christians and Muslims. The holy sites are visited by Jewish, Christian and Muslim pilgrims from around the world every year.

The sacred religious venues for all three Abrahamic faiths, are the Western Wall, the Church of the Holy Sepulcher, and the Masjid e Aqsa, a site form where Prophet Muhammad (PBUH) ascended to heaven.  It is very sad Jerusalem that could/should be a uniting factor for the three Abrahamic faiths, has become a major cause of conflict. President Trump has just poured a million gallon of fuel to the fire. To expect it will help the world peace is being out of touch with reality.

Pros and Cons for the United States and the World Peace

I am not sure how much the United States has to gain from this recognition, except a pat in the back from some Israelis and certainly the American evangelicals, many of whom believe that the return of the Jews to Israel, and Jerusalem in particular, is a prerequisite for the Second Coming of Jesus.

A majority of white evangelicals believe God gave the land of Israel to the Jewish people, compared with 40% of American Jews who believe the same.[2]

But we have much to lose. To start off, we have effectively lost our position as a peace broker in the Palestinian-Israeli conflict. It would be foolish to think the Palestinians will continue to see the United States as a “neutral” peacemaker. It has given ammo to the fundamentalists. The hope for peaceful resolution to the conflict has dimmed considerably. Our position as a lead peace broker in the Middle East is jolted.As mentioned earlier, the safety of Americans abroad is compromised greatly. Even if they stay safe(and we pray they do), this decision is contrary to what the United States has strived for years to achieve- a leadership position to maintain human rights and justice in the world. It effectively declares the annexation of the Palestinian half of the city in 1967 legal.

At a local/regional level, the decision has tied the hands of the faith and secular peacemakers. There is no other subject that evoke more emotions than the Palestinian-Israel conflict and the fate of the holy land. Our work is cut out for us. We have an uphill battle and a lot of work and damage control to do.

Share it on your social media by clicking on the icons in the upper left hand. 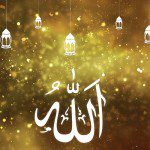 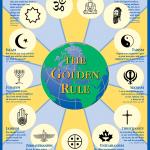 December 9, 2017 Why The Golden Rule Is So Golden in Current Times
Recent Comments
0 | Leave a Comment
Browse Our Archives
get the latest updates from
Ask A (Born Again) Muslim
and the Patheos
Muslim
Channel
POPULAR AT PATHEOS Muslim
1

Muslim
Eid Mubarak But Let’s Not Forget About the...
Ask A (Born Again) Muslim
TRENDING AT PATHEOS Muslim