Do the Quran and Bible Really Teach The Universe Was Created in 6 Days?

Do the Quran and Bible Really Teach The Universe Was Created in 6 Days? February 14, 2018 Ejaz Naqvi, MD

But are these “days”, days or stages and periods? 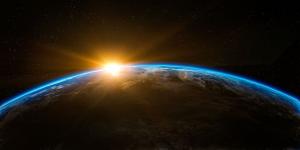 The word for “days” used in Arabic in the Qur’an is Ayyam, a plural for Yaum. In general, the word Yaum is translated as “a day”. However, the plural Ayyam is also meant for “periods of time”, and therefore is meant to indicate stages rather than a time period between sunrise and sunset (or sunrise to sunrise) on earth.

One might wonder what was the measure of a day before the earth was created? It could not have been the days as measured by the rotation of the (then-nonexistent) earth upon its axis. However, the Qur’an clearly speaks of measurements of days other than the earthly days as explained below.

In 1905, Albert Einstein came up with theory of general relativity and determined that the laws of physics are the same for all non-accelerating observers, and that the speed of light in a vacuum was independent of the motion of all observers.

10 years later, in his theory of special relativity, determined that the laws of physics are the same for all non-accelerating observers, and he showed that the speed of light within a vacuum is the same no matter the speed at which an observer travels. As a result, he found that space and time were interwoven into a single continuum known as space-time. Events that occur at the same time for one observer could occur at different times for another. (From https://www.space.com/17661-theory-general-relativity.html)

The Qur’an introduced the concept of a measure of a time, different from the earthly measures- some 1400 years ago.

He regulates the affair from the heaven to the earth; then shall it ascend to Him in a Day the measure of which is a thousand years of what you count. 32:5

To Him ascend the angels and the Spirit in a Day the measure of which is fifty thousand years. 70:4

Yet they ask thee to hasten on the Punishment! But Allah will not fail in His Promise. Verily a Day in the sight of thy Lord is like a thousand years of your reckoning. 22:47

It wasn’t until more recent times, that we began to realize that a day on earth is not the same as a day elsewhere in the universe, and that time is relative in space.

Biblical definition of a day

The Biblical scholars similarly point out that ‘a day’ during the creation is like a period, or a stage, not the earthly 24 hours. A day’s example is like a thousand years in this passage from the Psalm. Even the “thousand years” is used as a metaphor and not as a mathematical conversion.

Lord, through all the generations, you have been our home!
Before the mountains were born, before you gave birth to the earth and the world, from beginning to end, you are God. You turn people back to dust, saying, “Return to dust, you mortals!”
For you, a thousand years are as a passing day, as brief as a few night hours.          Psalm 90:1-4

The Universe as Smoke (Nebula) 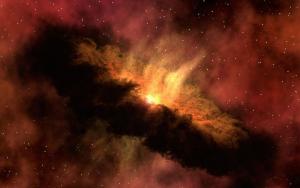 It is widely believed that at one point in time, the whole universe was nothing but a cloud of smoke, consisting of highly opaque and hot gases, and the galaxies took shape much later. New stars and galaxies are still being formed from this smoke. Some of the amazing pictures sent by the Hubble telescope of stars being formed out of a cloud of smoke and dust (nebula) give us a visual clue to the origins of the universe.

When mentioning the creation of the universe, the Qur’an refers to this primitive stage of creation as smoke (Dukhan in Arabic).

Then He directed Himself to the heaven and it was a smoke, so He said to it and to the earth: Come forward (into being), willingly or unwillingly. They both said: We come willingly. 41:11

So, from this creation, He formed the seven heavens in two periods and to each heaven He ordained its laws…. 41:12

According to the verse noted above (“Then He directed Himself to the heaven and it was a smoke, so He said to it and to the earth: _…”), the earth and the smoky universe were ordered to come into being at the same time—an apparent contradiction to the currently held scientific view. The verse goes on to say, “so from this creation” which can be taken to indicate the matters that eventually formed the earth and the heavens existed at the time of the divine orders, “He said to it and to the earth”

Who or what was God addressing to as “earth” if earth had not fully been formed at the time?

Even though the Bible does not speak of this ‘smoke’ at the start of creation, it does point to its original shapeless form.

In the beginning God created the heavens and the earth. Genesis 1:1

The earth was formless and empty…. Genesis 1:2

Portions of this post were adapted from section ‘Quran and Science’ in my book, The Quran: With or Against the Bible?

For introduction to my series on “Religion and Science”, check the previous three posts out.

4 Myths about Religion and Science being Mutually Exclusive:

Do You Have to Pick Between Religion or Science?

Is believing in Science Not Based on Faith (in Science)? 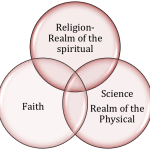 February 11, 2018
Is believing in Science Not Based on Faith (in Science)?
Next Post 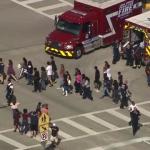 February 15, 2018 Parkland Shooting- Another Plea For Gun Control Laws
Recent Comments
0 | Leave a Comment
Browse Our Archives
get the latest updates from
Ask A (Born Again) Muslim
and the Patheos
Muslim
Channel
POPULAR AT PATHEOS Muslim
1 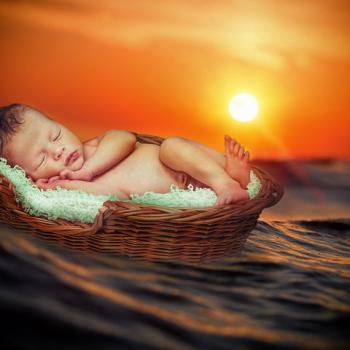 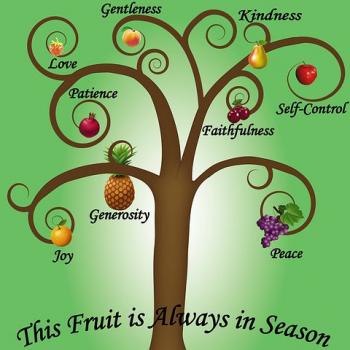 Muslim
3 Reasons Why We Were Created- From Quran...
Ask A (Born Again) Muslim 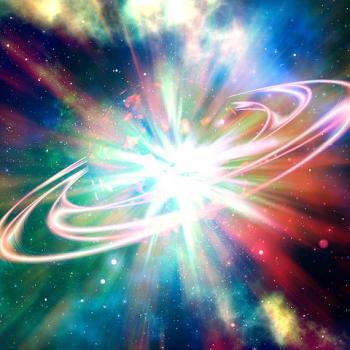