Believing in Muhammad’s Prophecy is Essential for Muslims 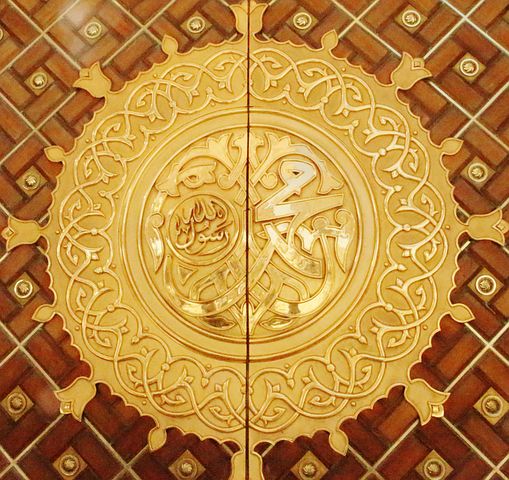 An essential part of being a “Muslim” is to believe in One True God and believing in the Prophecy of Prophet Muhammad. This forms the foundation of the Shahada, or the testimony that states “I bear witness that there is no god but God (One True God, or Allah in Arabic), and Muhammad is His Prophet”. An interesting fact is that the Shahada in its complete form does not appear in the Qur’an. However there are numerous passages throughout the Qur’an, commanding the believers to believe in Allah and acknowledge that Muhammad PBUH (peace be upon him) is the Prophet of God, though not in the same place. The following verse, however, comes pretty close to declaring the Shahada.

(O Muhammad,) say: “O mankind! I am the Rasool [apostle/messenger] of Allah toward all of you, to whom belongs the kingdom of the heavens and the earth. There is no deity but Him. He brings to life and causes to die. Therefore, believe in Allah (One True God) and His messenger, the unlettered Prophet (Muhammad) who believes in Allah (One True God) and His Word. Follow him so that you may be rightly guided. The Qur’an 7:158

Belief in One True God and ALL messengers

As I have pointed out several times in my blog that the Qur’an views Islam as one religion from Adam to Muhammad and asks its followers to recognize and respect all Prophets- from Adam to Noah, to Abraham, Ishmael, Isaac, Jacob, Joseph, Moses, David and Jesus- peace be upon them all. In fact Muslims often add Alehis Salaam after the prophets’ names to indicate their reverence and respect.

However, the belief is not complete if one does not believe and follow Prophet Muhammad. And not just the belief, but obeying the Prophet is part and parcel of this belief system.

Say (O’ prophet Muhammad): If you love God, then follow me, God will love you and forgive you your faults, and God is Forgiving, Merciful. The Qur’an 3:31

Note that it does not simply say, “ if you love Allah, Allah will love you”. It inserts Itta’t (obedience) of Prophet Muhammad.

Obey Allah and the messenger

In fact the phrase ‘Obey God and obey the messenger’ appears numerous times in the Qur’an. In other words, believing in Prophet Muhammad is good, but obeying him is part of the deal.

O you who believe! obey Allah and His Messenger and do not turn back from Him while you hear. The Qur’an 8:20

Whoever obeys the Messenger, he indeed obeys Allah, and whoever turns back, so We have not sent you as a keeper over them. The Qur’an 4:80

Say: Obey God and the Messenger; but if they turn back, then surely Allah does not love the unbelievers. The Qur’an 3:32

But no! by your Lord! they do not believe until they make you a judge of that which has become a matter of disagreement among them, and then do not find any resistance in their hearts as to what you have decided and submit with entire submission. The Qur’an 4:65

Addressing and referring to Muhammad and dispelling the claim of his opponents, the Qur’an proclaims his noble character in many places.

Nay, verily for you [meaning Muhammad] is a reward unfailing: And you (stand) on an exalted standard of character. 68:3–4

One of his nicknames, even before he started preaching the Oneness of God to the polytheists of Mecca, were As-Sadiq (the truthful) and Al Ameen (the trustworthy). When he was forced to immigrate to Medina, fearing for his life, he was still in possession of many of the valuables of the Meccans, as was their custom. Rather than keeping them to himself, he asked Ali, who stayed behind in Mecca for a little while, to return them to their rightful owners—the same polytheists who were after his life.

Now has come unto you a Messenger from amongst yourselves: it grieves him that you should perish: ardently anxious is he over you: to the believers is he most kind and merciful. 9:128

Muhammad, mercy for mankind: He showed mercy to everyone regardless of their creed. This is based on his life stories, full of examples when he showed a tender heart, and mercy to people, including those who tortured him, his family, and companions. An often-told story about him goes as follows:

Muhammad went to Taif, a town near Mecca, to preach to the locals. The trip was rather discouraging, in that no one took heed, and in fact they mocked and ridiculed him. He was physically tortured, and one old woman threw garbage over him every day when he passed near her house. One day, when he passed through the same street, no one threw garbage on him from that house. He inquired and found out the old woman had fallen ill. He then spent time consoling her, tended to her illness, and cleaned her house, as it had gotten dirty during her illness.

People also threw rocks at him and put thorny bushes in his path so much that his shoes would be filled with blood. Battered and disappointed, he returned to Mecca, and on his way back, it is narrated, Archangel Gabriel met him and offered to turn the whole town upside down as punishment. Prophet Muhammad instead showed his benevolent nature and forgave his tormentors and offered a prayer for them.

Upon his triumphant return to Mecca, the same Meccans who tortured him and his supporters now feared for their lives. But it was a bloodless coup. He asked the Meccan pagans who were awaiting his decision about them, “How do you expect me to treat you?” They responded unanimously: “You are a noble one, the son of a noble one.” He then told them, “You may go free! No reproach this day shall be on you; may God forgive you.”

Muhammad, a blessing and mercy for all the worlds: The Qur’an goes on to proclaim him as mercy, or blessing, not just for “Muslims,” or mankind, but all of the worlds (the plural). This is the verse where Muhammad is called the “Rehmatul Alaimeen,” meaning “mercy to all the worlds.”

And We have not sent you [O Muhammad] but as a mercy to the worlds. The Qur’an 21:107 (Yousuf Ali translates this verse as “a mercy to all the creatures.”

But Muhammad is Not divine

Despite his noble character, Muhammad is not believed to be divine. The Qur’an, like other Abrahamic Scriptures, is very strict about not associating any partners with God, and warns those who might be tempted to think otherwise (or who might have lost their belief after Muhammad’s death) in the following verse:

And Muhammad is no more than a messenger; the messengers have already passed away before him; if then he dies or is killed, will you turn back upon your heels? And whoever turns back upon his heels, he will by no means do harm to Allah in the least and Allah will reward the grateful. The Qur’an 3:144

God and Angels send their salutations to Prophet Muhammad

In an ultimate sign of respect, the Qur’an declares that God and all the angels send their blessings on Prophet Muhammad and in turn asks the believers to do the same- a verse that is often recited at the end of the congregational prayers.

Surely Allah and His angels send blessings on the Prophet: O you who believe! Send your blessings on him, and salute him with all respect (salutation). The Qur’an 33:56

November 14, 2021 Annunciation to Mary, Zechariah and Abraham in Qur'an and Bible: Part 1
Recent Comments
0 | Leave a Comment
"sadly too many Americans never ask the real question "who is the god of America?" ..."
Wesley  IN GOD WE TRUST
"Coming zoon joker gaming"
moz1  Nativity in Islam and Baby Jesus ..."
""
Legendgerry  Ramadan: It’s the Most Wonderful Time ..."
""
Alexander Hemming  How do Muslims Observe Ashura Worldwide?
Browse Our Archives
Related posts from Ask A (Born Again) Muslim