A new study reports that 25% of all patients diagnosed as suffering with depression are actually just sad.

[Jerome] Wakefield and Allan Horwitz, a researcher at Rutgers University who studies the sociology of mental disorders, said their study, which was published in this month’s issue of the Archives of General Psychiatry, pointed out that sadness has increasingly come to be seen as pathological in the United States. They have written a book called “The Loss of Sadness: How Psychiatry Transformed Normal Sorrow Into Depressive Disorder.”

Pharmaceutical companies, the psychiatric profession and patient advocacy groups have all contributed to the phenomenon, Horwitz added. Companies stand to make more money from the one-size-fits-all approach, researchers find the cookie-cutter model of disease makes it easier to do studies, and psychiatry has come to think of itself as “the arbiter of normality,” he said.

Patient groups, Horwitz added, think that the stigma attached to mental illnesses would be reduced if they were shown to be more common.

“The way in which people interpret their emotions is changing,” Horwitz said. “People are starting to think that any sort of negative emotion is unnatural, that they can take medication and feel better. What that can also do is . . . make it less likely for people to make real changes in their lives that might be better than medications.”

As someone whose Saturn/Neptune conjunction straddles my Sun and with Pluto conjunct my Moon, I am no stranger to depression. Many clients that I have seen who suffer from clinical depression have either tight Saturn or Pluto aspects or their chart is heavy in the fire element that is unable to find expression. Emotions are given to us for a reason – to induce us to evolve and make changes in our lives, as reported in this article, that will help us to mature as human beings.

This is not to say that periodic use of medication isn’t helpful for people going through difficult times. But simply medicating ourselves because we’re sad isn’t going to help us get to the heart of the issue that is creating the sadness. Saturn cycles create depression and isolation, but the time spent alone in sadness that Saturn requires helps us to become stronger internally and better equipped to handle other difficult times. Pluto cycles can create depression at the loss of control we feel as our lives are turned upside down, but if we medicate ourselves we may miss the exhilaration of the regeneration that we are sure to experience on the other end.

Aldous Huxley’s book Brave New World was widely read in the 1960s by those of us who were turning on and dropping out. In Brave New World, the Controllers dispense a drug called Soma to be given to all citizens so that they could remain euphoric at all times. There is no depth of feeling, no creativity, no individuality, and all citizens work so that they can create things that they can then consume. Our modern culture is becoming frighteningly similar to Aldous Huxley’s conceptualization of the future from 1932.

The Brave New World is one that is highly controlled and consistent, but which lacks any real meaning. If we continue to allow ourselves to be medicated for every emotion that arises we are in danger of losing the richness of our humanity.

April 3, 2007 It's little ole me on the Matrix Software site!!
Browse Our Archives
get the latest from
New Visions
Sign up for our newsletter
POPULAR AT PATHEOS New Visions
1

What Does It Mean to Be...
Companions on the Journey
Related posts from Astrological Musings 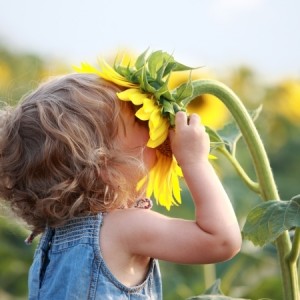 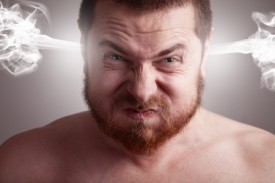 Inside Why
Violins are falling from the sky. As they tumble, the wind releases...
view all New Visions blogs
Copyright 2008-2021, Patheos. All rights reserved.