Thoughts on the upcoming Uranus/Pluto square

The big “Cardinal Drama” of planetary configurations this summer included the beginning of the challenging square of Uranus to Pluto – a cycle that will build over the next few years and culminate in 2013.   Uranus and Pluto combine in explosive ways that challenge and overturn (Uranus) the existing power structures and destroy (Pluto) any way of life that is no longer working.  Uranus is the planet of modernism – Pluto is in Capricorn, the sign of conservative values and social mores.  Uranus tiptoed into Aries, the sign of the warrior, this summer and has now retreated into Pisces where it will stay until next spring.

Uranus in Aries represents the war (Aries) for individuality (Uranus).  Under this influence we are seeing a breakdown (square to Pluto) of  pride of nation or a sense of belonging to a government.  This is partly due to a massive increase in migration that took place while Pluto was in Sagittarius (the sign of travel and movement through diverse cultures), resulting in an increasingly diverse population in virtually every country of the world.  Battles for national identity (Pluto in Capricorn) are taking place in Europe, where children African and Asian immigrants are struggling to take their places in countries that have become home, but where they are not really accepted.

This increasing diversity is likely to give rise to a continuing struggle between various groups of humans that don’t understand each other and live by different values.  We are seeing this more and more in the United States, a country whose diversity gave it the description “the melting pot.”  But this is also becoming more and more evident all over the world.  European countries, with an increasing number of Muslim immigrants, are banning Muslim clothing.  White middle-class Americans, led by the self-described “whitest guy you’ll ever meet,” Glenn Beck, are claiming they will “take their country back” from the minorities and non-Christians (who now number about 25% of the population, down from about 13% before Pluto’s journey through Sagittarius).

All of this mixing and non-melting in the pot is likely to give rise to increasing fervor and rage next year when Uranus and Pluto start to move closer to their square formation (the aspect won’t reach exactitude until September 2012, which I’m sure is a coincidence.  Uranus seeks social justice and liberation, and the liberation movements in coming years are likely to necessitate some major transformation in the way we all view our cultures.

September 1, 2010 Lynn's Skywatch for September is posted
Browse Our Archives
Follow Us!

New Visions
The rise of militant atheism under Saturn in...
Astrological Musings 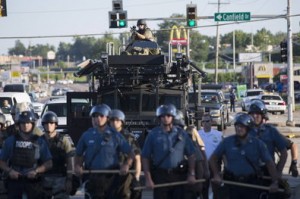 Soul Renovations
I looked over at my unruly garden and sighed. Every autumn I...
view all New Visions blogs
Copyright 2008-2020, Patheos. All rights reserved.