Note: in this post I use the adjectives “apocalyptic” and “eschatological” (or their noun forms apocalypse and eschaton) to refer to the “end of the world”—that is, the Christian expectation of the Second Coming of Christ and the extraordinary events which were expected to accompany this.¹

Late September has arrived, and as such we’re now fully into the time when, in short, the world is supposed to end—at least according to what appears to be the most notorious Christian prediction of the end of the world since that of Harold Camping in 2011. (No thanks to steady media coverage.)

Much of the impetus for this originally comes from one prominent megachurch pastor John Hagee, and has come to be known as the Blood Moon Prophecy, proclaiming “that an ongoing tetrad (a series of four consecutive lunar eclipses . . . with six full moons in between, and no intervening partial lunar eclipses) which began with the April 2014 lunar eclipse is a sign of the end times as described in the Bible.” Today, September 23, has been a much-discussed date in conjunction with this, though the last lunar eclipse is to take place on Monday, the 28th.

Now, the number of Christians who actually buy into Hagee’s predictions here is very small. In fact, among the large majority of Christians, predictions like these are a ready-made source of ridicule for them. True Christians realize that “no one knows the day or hour [of the apocalypse]” and that the return of Christ will happen “like a thief in the night,” and that claims otherwise are foolishness.

Of course, others know that things aren’t quite so simple. In a long discourse that Jesus himself purportedly gave, as recorded in 13th chapter of the Gospel of Mark, Jesus says

When you hear of wars and rumors of wars, do not be alarmed; this must take place, but the end is still to come. For nation will rise against nation, and kingdom against kingdom; there will be earthquakes in various places; there will be famines. This is but the beginning of the birth pangs. . . . For in those days there will be suffering, such as has not been from the beginning of the creation that God created until now, no, and never will be. . . . But in those days, after that suffering, the sun will be darkened, and the moon will not give its light, and the stars will be falling from heaven, and the powers in the heavens will be shaken. Then they will see ‘the Son of Man coming in clouds’ with great power and glory. Then he will send out the angels, and gather his elect from the four winds, from the ends of the earth to the ends of heaven. (13:7-27, abridged)

Now, it’s true that this is in fact the same discourse in which we find “no one knows the day or hour” and the description of this happening much like a “thief in the night.” Yet, clearly, elements here suggest that there will be some extraordinary events in the world that could be understood as signs of even more extraordinary events to come—the Second Coming of Christ and the angels, and the eschatological “gathering of his elect.”

But the most problematic verse comes shortly after these verses, in Mark 13:30: “Truly I tell you, this generation will not pass away until all these things have taken place.”

C. S. Lewis famously admitted that this is “certainly the most embarrassing verse in the Bible.” But Christian apologists trot out various explanations to try to soften the blow here. Some argue that this prediction only pertained to some of the events that had been described in the verses before these, which are understood to have been referring to the destruction of Jerusalem in 70 CE. Others (erroneously) suggest that the word “generation” here—in Greek, genea—does not mean a temporal generation as we know it, but rather refers to the Jewish people as a whole (think of the word “genealogy”); and since the Jewish people are still around, this “generation” has not in fact “passed away.”

An even more radical opinion even tries to suggest that every line in the eschatological discourse referred to the destruction of Jerusalem, or was otherwise already fulfilled in some way.

Much the same is done for words of Jesus which appear earlier in the Gospel of Mark:

“Those who are ashamed of me and of my words in this adulterous and sinful generation, of them the Son of Man will also be ashamed when he comes in the glory of his Father with the holy angels.” And he said to them, “Truly I tell you, there are some standing here who will not taste death until they see that the kingdom of God has come with power.”

Apologists suggest that this prediction was fulfilled in the very next verses, which describes Jesus’ transfiguration on a mountain, or that the “kingdom” did indeed come “with power,” and is to be identified with some aspect of life on earth or with the Christian Church as a whole. There are numerous problems with this; but a particularly difficult one is that the 2nd century Christian historian/theologian Hegesippus records that the “grandsons of Jude, [Jesus’] physical brother” were once brought before the emperor Domitian, and upon being asked about the “kingdom” of Jesus, said that this “would appear at/upon the end of the age, when [Jesus] should come in glory and judge the living and the dead, and render unto every man according to his conduct.”

Further, the author of the late 1st or early 2nd century Epistle of Clement—traditionally (though perhaps erroneously) identified as having been written by (Pope) Clement of Rome, a successor of Peter himself—declares that

All the generations from Adam till today have passed away, but those perfected in love through the gracious gift of God have a place among the godly. And they will be revealed when the kingdom of Christ appears.

Clement’s confidence in the imminence of its coming, however, is illustrated by his noting elsewhere that the original apostles of Jesus, “fully convinced through the resurrection . . . went forth proclaiming the good news that the Kingdom of God was about to come [μέλλειν ἔρχεσθαι], brimming with confidence through the Holy Spirit.” Even more unambiguously, in the early second century epistles of Ignatius—specifically his epistle to the Ephesians—he declares that “these are the end times [ἔσχατοι καιροί].”

As almost always happens, whoever the apocalyptic group-of-the-year is—again, this time, it’s the supporters of John Hagee or whoever buys into the Blood Moon Prophecy—will trot out various explanations to explain why they weren’t really wrong about their predictions, or otherwise revise the dates, etc.

But it’s important to remember that, in so doing, they’re in effect simply reenacting what the original Christians—the earliest circles around the historical Jesus himself—did, too.

In the 1st epistle to the Thessalonians, the apostle Paul considered himself among those who would remain “alive” for the coming of the eschaton (though consoling the Thessalonians that they need not worry about those who had died in the meantime: they would be resurrected). We don’t have any surviving evidence of how Paul dealt with the realization that he would die before this happened—unless the 2nd epistle to the Thessalonians is to be interpreted as “Paul” mitigating his original prediction—but Christians in the centuries after Paul would be forced to come up with some explanation for this. (Further, in certain manuscripts of 1 Corinthians, in a passage similar to the one from 1 Thessalonians, it seems that some scribes may have intentionally altered it so that it appeared that Paul said that he would die before the end.)

The author of the 2nd Epistle of Peter—which was in fact forged in the name of Peter, mostly likely several decades after he had already died—excuses the fact that the apocalypse had not yet arrived by suggesting “The Lord is not slow about his promise, as some think of slowness, but is patient with you, not wanting any to perish, but all to come to repentance” and that “with the Lord, one day is like a thousand years, and a thousand years are like one day.” (Though he also takes the presence of “scoffers” who ask “Where is the promised coming?” as a sign of being in the “last days.”)

I think there’s a common view among Christians in which modern apocalyptic groups and their predictions (and fervor!) are somehow drastically different from the type of expectations of historic Christianity. But it differs little at all; and in fact it appears that much of the early momentum for the earliest Jesus movement itself came from this imminent eschatological expectation, and the support it was able to mobilize because of this. For example, esteemed Biblical scholar Dale Allison—speaking of the main insights that have emerged from modern historical studies of Jesus and early Christianity—writes that “Whatever else he may have been, Jesus was, as Schweitzer insisted, an eschatological prophet.”

By all means, it’s in Christians’ interest to reject modern apocalyptic cults and claims, because their predictions are bound to fail. But, conversely, we also have to remember that a world in which the apocalypse “will come at some unidentifiable point in the future”—which certainly is the near-universal Christian expectation—is qualitatively identical to a world in which the apocalypse will never come.¹ As such, even these misguided modern apocalyptic notions may be an invitation for all Christians to examine the apocalyptic origins of Christianity itself, as well as broader sociological trends in how eschatological failure is navigated.

it seems to me that, whether or not we speak of the end of the space-time universe with reference to Jesus’ eschatology, what matters is that his vision of the kingdom cannot be identified with anything around us. God has not yet brought a radically new world. Specifically, if Jesus hoped for the ingathering of scattered Israel, if he expected the resurrection of the patriarchs and if he anticipated that the saints would gain angelic natures, then his expectations, like the other eschatological expectations of Judaism, have not yet met fulfillment. To this extent we may speak of his “unrealized eschatology.” (From “Jesus & the Victory of Apocalyptic” in Jesus & the Restoration of Israel: A Critical Assessment of N. T. Wright’s Jesus & the Victory of God, 129)

September 20, 2015
Does the Apostle Paul Condemn Lesbians or Anal/Oral Sex?
Next Post 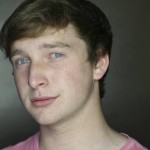 September 24, 2015 A Gay High School Senior in Memphis is Being Banned From Taking His Date to Homecoming
Recent Comments
0 | Leave a Comment
Browse Our Archives
Follow Us!