Richard Carrier vs. James McGrath on Gospel History vs. Myth

Over the past couple of months, James McGrath (on Patheos @ ExploringOurMatrix) has posted a series of articles on The Bible and Interpretation reviewing and critiquing Jesus Mythicist Richard Carrier’s book On the Historicity of Jesus (published by Sheffield-Phoenix). McGrath’s most recent article on this, “Mythicism and the Making of Mark,” was responded to yesterday by Carrier himself, in a post with the very kitschy title “In Which James McGrath Reveals That He Is a Fundamentalist Who Has Never Read Any Contemporary Scholarship in His Field.”

The main issue on the table here is—to oversimplify—one of historiography versus mythography (writing “history” vs. writing “myth”).

Now, I think it’s important to note that virtually everyone who’s at all engaged with the study of ancient literature is aware that there are many places where these categories overlap; but here, the issue is the extent to which the New Testament gospels—particularly Mark—were composed as stories of a particular kind where the author(s) never intended these to be understood as pertaining to actual historical characters or historical events, and instead were sort of didactic/ultra-symbolic/mystical vessels of pure fiction.

One of the first things Carrier does in his post is link to Neil Godfrey’s response (at Vridrar) to McGrath’s article, which Carrier claims exposes “how incompetently McGrath ignores what I actually wrote.” Relying on Godfrey’s summary, as Carrier’s post itself does here, Carrier writes

McGrath complains that when I define three criteria that are markers of myth writing, I’m making a big mistake because no one of them is sufficient to entail a text is a myth…completely ignoring that I say exactly that, in the text he claims to be reading.

To help situate this debate further, the three criteria under discussion here are

(1) strong and meaningful emulation of prior myths (or even of real events); (2) the presence of historical improbabilities (which are not limited to ‘miracles’ but can include natural events that are very improbable, like amazing coincidences or unrealistic behavior); and (3) the absence of external corroboration of key (rather than peripheral) elements (because a myth can incorporate real people and places, but the central character or event will still be fictional.”)

Of course, if one actually reads McGrath’s original article, McGrath’s critique was not, as Godfrey/Carrier suggest, that the applicability of these criteria (in service of identifying a particular text as the product of “myth-writing”) is called into question if only one of these applies. Had McGrath done this, this would indeed be a misrepresentation of what Carrier had argued. Rather, McGrath suggests that the individual criteria themselves are problematic—and all three of them are. In other words, McGrath in a sense rejects the premise altogether; and I doubt that McGrath would even be persuaded by an argument that (loosely) analyzes a text using all three criteria, seeing as how he thinks that these criteria are all individually fatally problematic to begin with, and thus (even if all three phenomena are present) insufficient as a guide in convincingly demonstrating that a text may be “myth-writing.” (For more on this, see now my comment below.)

Carrier’s next claim, then—that on this particular issue “McGrath therefore has no actual rebuttal to what I said” (emphasis his)—is absurd.

The next section of Carrier’s article is headed “Lying about the State of Scholarship in His Field.” Here Carrier writes

It’s shortly after this wherein the impetus for the title of Carrier’s article itself becomes clear. First, Carrier (selectively) quotes McGrath that “Scholars of the New Testament typically view allegorical interpretation of the texts they study with disdain”; and in response, Carrier writes “Do you know who does disdain all that these scholars have shown regarding the Gospels being allegorically constructed? Christian fundamentalists,” and “Do you know who pretends their view is the mainstream view and all other views are “disdained” in the field when in fact the opposite is true? Christian fundamentalists. Who is McGrath siding with? Hm.”

Scholars of the New Testament typically view allegorical interpretation of the texts they study with disdain. There is a long history of Christians engaging first in allegorical interpretation of the Jewish Scriptures, and then later, applying the same approach to their own Christian sacred texts. Allegory is notorious for reading things into the text that simply aren’t there, things that are exceedingly unlikely to have been in view for the authors and their earliest readers. Allegory is also notoriously unconstrained, allowing one to find in the text just about anything one wishes to

First off, before anything else, I should say that the way that I first read McGrath here certainly suggested to me—as Barr’s article also suggests—that the New Testament authors themselves, as well as the framers of Christian orthodoxy, could also be implicated in this sort of uncritical allegorizing. Needless to say, this seems like a strikingly non-“fundamentalist” maneuver. Also, directly after this Carrier goes off on a ridiculous tangent here about McGrath somehow trying to “deceive” his readers by citing Barr’s article as being from 2014 (the year it was published in a volume of Barr’s collected essays) as opposed to 1966, when it was originally published—even though this sort of citation is standard practice.

But more directly to the point, Carrier also writes

But, again, McGrath’s point seemed to me to be broader than Carrier has taken it. Surely, Barr’s point does apply to modern critical exegesis, which would also be rightly criticized were it simply to follow, say, the patristic lead, wherein the narrative of the Israelite conquest of Canaan could be understood solely as an allegory for the victory of temperance over vice, or (as Gregory of Tours thought) that Jesus’ admission of his ignorance of the time of the eschaton was an allegory for the Church’s incomplete knowledge, etc.

McGrath also writes of this “approach which was often used by Christians to avoid having the Bible be untrue (as it often is on its surface level when treated as a depiction of fact).” Here McGrath seems to refer to the ad hoc and apologetic nature of early Christian allegoresis; and presumably McGrath also accepts that there are some places in the Bible where the best interpretation of the author’s original intention does seem to rest on the “surface level,” and is yet that the Bible is still “untrue” here.

I don’t want this post to be too long, so I’ll try to cut things short here. (I think I’ll write a part two soon, getting even further into some of the issue of the debate.)

In short, though, sort of the looming issue of contention between McGrath and Carrier (and Godfrey, et al.) here seems to be the extent to which a particular text (or, indeed, a section within a particular text) could be understood as I described it earlier—as either pertaining to actual historical characters or historical events, or as “didactic/ultra-symbolic/mystical vessels of pure fiction,” as suggested.

In his original article, McGrath had mentioned the books of the Maccabees (part of the “deuterocanon,” accepted as a fully inspired part of the Biblical canon in Catholicism and other Christian Orthodoxy), noting that “these Jewish works are considered with good reason to be based on historical events, even if they are regularly weave legend and myth into, out of, and around those events.” The clause “based on historical events,” as such, is general enough to leave a lot of wiggle room for “fiction,” too. But, as McGrath notes in reference to John Bartlett’s commentary on 1 Maccabees, “he is not led to conclude that the author – even if inventing speeches and even whole stories at times – is creating a completely fictional account” (emphasis mine).

Is the Barabbas story in the New Testament gospels’ trial narratives historically inaccurate, or completely fictional? It’s certainly a mainstream academic view that it is indeed not historical; and McGrath, being a mainstream and critical scholar, surely holds similar views (if not about the Barabbas story itself, then surely about other similar things). But, for Carrier, once enough details of, say, the gospel passion narratives are suspected of being fictional—though, again, how valid our/his criteria for suspecting that some detail or another truly is fictional is open to interpretation and criticism—then the crucifixion itself, and consequently along with it much of what made Jesus unique, collapses, leaving only a bundle of fictional tropes having been tacked on to a generic imagined Galilean. 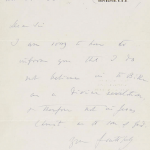 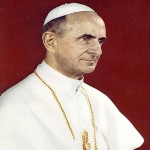 September 14, 2015 An Introduction to the Problems of Catholic Sexual Ethics
Recent Comments
0 | Leave a Comment
Browse Our Archives
get the latest from
Nonreligious
Sign up for our newsletter
POPULAR AT PATHEOS Nonreligious
1 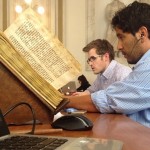 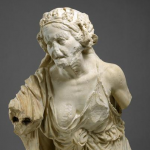