The “Second Coming” and the Decisive Failure of Christianity 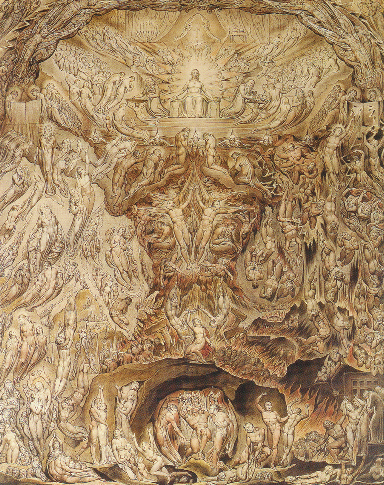 Over at Unfundamentalist Christians, Chuck Queen has written a post questioning whether Christians necessarily have to believe in the “second coming” of Christ as an integral part of their faith.

The second coming is, of course, the idea that at the “end of history”—whenever that may be—Jesus will make his grand return to earth to… well, to do several different things, not all of them good.

Queen refers to a few different verses in the New Testament itself that unambiguously suggest that the authors of these texts expected the second coming to take place within their lifetimes. (I’ve covered this in some detail here and elsewhere.)

The earliest Christians’ prediction of an imminent eschaton—a prediction made even by the historical Jesus himself, if the New Testament indeed accurately records his sentiments here—is, in short, a problem for modern Christians. Acknowledging this, Queen writes of how this is usually handled (as well as his own solution to the problem):

Many Christians say, “The early church got the timing wrong, but the event is still going to happen; they messed up on the when but not the what.” Maybe so, but then maybe not. I am not looking for some kind of sensational “coming.” I believe the apocalyptic language of scripture (like Mark 13, Matth. 24, Luke 21) should be read poetically, symbolically, and metaphorically, not literally.

At first blush, this doesn’t bode well: this is simply the eternal Christian canard where anything objectionable in Scripture is hand-waved away by the trump card of “metaphor.”

As always, though, the first question in response to this should be metaphor for what?

Some otherwise great minds, like N.T. Wright, have creatively (though erroneously) suggested that the prognostications of an imminent apocalypse here referred solely to the destruction of Jerusalem in 70 CE, or are otherwise figurative. Funny enough though, unlike Queen, Wright actually retains the idea of apocalyptic second coming—which he does through a convenient and selective reading, in which the statements of “this will happen within your lifetime” are taken to refer specifically to events surrounding the destruction of Jerusalem; yet those that suggest the main event of Jesus’ grand eschatological return are (rather arbitrarily) excluded from this, not bound to any time-limit.

But, again, this is not the strategy Queen adopts. In fact, Queen’s own idea is more insidiously vague. He suggests simply that “apocalyptic language points to some kind of ultimate redemption,” and later that “[m]y Christian faith gives me that hope and nurtures trust that God’s love will prevail by preserving our conscious existence into the future.” He also writes that “though I am not looking for some miraculous intervention from heaven, I very much believe that God is working in our world to transform our world.”

At worst, then, these New Testament texts/traditions are understood by Queen to do little more than point vaguely in the direction of there being an afterlife. At best, Queen has set himself and other Christians up for assured victory—though one that’s supremely post hoc and, indeed, vacuous: anytime the world gets better, one can point to the hand of God; no matter how much this is, in actuality, due to natural and/or secular efforts.

And it’s hard not to think that, in both of these respects, Queen is counting on a failure in the reader’s memory (having earlier outlined some of the New Testament apocalyptic predictions), or otherwise a general lack of knowledge about these original passages.

In response to both of Queen’s suggestions, however, it’s worth quoting the words of New Testament scholar Dale Allison:

it seems to me that, whether or not we speak of the end of the space-time universe with reference to Jesus’ eschatology, what matters is that his vision of the kingdom cannot be identified with anything around us. God has not yet brought a radically new world. Specifically, if Jesus hoped for the ingathering of scattered Israel, if he expected the resurrection of the patriarchs and if he anticipated that the saints would gain angelic natures, then his expectations, like the other eschatological expectations of Judaism, have not yet met fulfillment. To this extent we may speak of his “unrealized eschatology.” (From “Jesus & the Victory of Apocalyptic” in Jesus & the Restoration of Israel: A Critical Assessment of N. T. Wright’s Jesus & the Victory of God, 129)

Indeed, if, as N.T. Wright believes (who Allison is responding to here), in line with the overwhelming majority of scholars, Jesus and the earliest Christians did expect a host of supernatural eschatological events, including Jesus’ grand return to earth—and if it was originally predicated that “this generation will not pass away until all these things have taken place” (Mark 13:30)—then the time-limit has run out.

As even Queen is willing to consider, then, they got the “timing” wrong, as well as the event wrong (at least in the “literal” sense); and yet Queen’s own figurative interpretation stretches the text far beyond its original intention.

In light of all this, then, why should Christians believe that they got anything right on this?¹ And if any trace of traditional eschatological hopes are conclusively shattered—the impact of which on the truth of Christianity itself should never been downplayed—why Christianity at all?

Even if all hopes for a genuinely supernatural transformation of the world fail to materialize, perhaps there’s still the possibility of an afterlife, in Queen’s scheme (after all, we can never disprove this); but, again, there are plenty of religious and spiritual traditions that offer the believer this.

At the end here, I’d like to do something that I’ve never done before—at least not explicitly: I’d like to invite any Christian reading this to actually take this as the very moment that they (begin to) let go of their faith.

I know that this might seem impossibly hostile or arrogant; but I’d also like you to consider that it isn’t. It’s not something that comes from some ivory tower or otherwise out-of-touch perspective. Rather, I think that the sort of transformation I’m calling for here is actually part of a more general one that everyone has to go through in their spiritual journey, if they really value Truth.

It was a step that I had to (reluctantly) make, many years ago, in my own faith; and it’s something that had everything to do with finally being able to acknowledge that the religious authorities I trusted in were, by any objective standard, simply factually mistaken about the fate of the world—and that I was mistaken in treating this as truth.

(For a much more thorough explanation of all this, see my post here.)

It can be hard to see just how irrational we’re willing to be except from the outside. When we’re always looking for some alternative explanation than the one staring us in the face—whether, in this instance, N.T. Wright’s semi-preterist eschatology centered on the destruction of Jerusalem, or any number of figurative interpretations—it’s hard to see that the one option that we’re bending over backwards to deny is the one in which we’re simply wrong.

In this sense, even what formerly seemed to be open-mindedness instead looks like stubbornness, or even some sort of insistence on our own infallibility.

Of course, the bold gesture of repudiating a tradition of 2,000 years, full of many beautiful and profound things, can seem not just imperious, but emotionally trying, as well. But I think we’ll find that, in the end, the weight of this is not too much to bear. For some reason, a saccharinely moving quote from The West Wing comes to mind here: “every time we think we have measured our capacity to meet a challenge, we look up and we’re reminded that that capacity may well be limitless.”

And, further—to quote Terence McKenna, a staggeringly brilliant though ultimately misguided eschatological prophet (one who, in following, my own eschatological hopes were ultimately shattered)—although nothing lasts, perhaps there’s still a sense in which nothing is lost, either. That is, there are plenty of other religious traditions that are full of the best that Christianity has to offer: love, charity, and redemption; and yet without some of the baggage of eschatology and, say, human/expiatory sacrifice (as well as other dubious historical and ethical baggage) that comes with Christianity.

Part of the reason I wrote this is my conviction, despite being an atheist, that there are rich religious/spiritual traditions out there—ones that are at least vastly richer than Christianity.

Again, if one tries to work solely within the Christian tradition—philosophically, ethically, theologically—one is stuck with a host of ideas that ultimately derive from the outmoded values and beliefs of 1st century Judea: again, expiatory sacrifice; necessary claims to exclusivism, etc.

And yet, like Queen’s, many attempts to find a more progressive Christianity land one in a catch-22: because even if one is honest or adventurous enough to challenge the boundaries, you risk undermining the very foundation of the system you’re working in—creating a new Christianity, ad hoc, over and over again.

[1] Even further, if “failure” can somehow be twisted into “success” by appeal to metaphor, then how exactly is Christianity in a better position than any other failed apocalyptic cult? After all, Christians have no monopoly on metaphorical interpretation. (And in fact several methods of early Christian figurative interpretation were directly taken over from Greek precursors.) 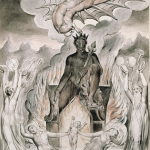 November 30, 2015 The Legacy of Child Sacrifice in Early Judaism and Christianity
Recent Comments
0 | Leave a Comment
"OT I really wish the bible would have1. Written in Latin rather than Greek. The ..."
Mr. James Parson Gay Rights / LGBT Affirmation Doesn’t ..."
""Ancient texts deserve the same respect and benefit of the doubt and willingness to trust ..."
sushisnake The Resurrection of Jesus and His ..."
"I've only just started reading this article, but so far it seems Shawn Bolz has ..."
sushisnake Shawn Bolz: Exposing a Fraudulent Charismatic ..."
"Regardless of your thesis about Scripture, most traditional Christians and the Catholic Church today maintain ..."
Dennis Bonnette Neglected Factors in the Historical Adam ..."
Browse Our Archives
Follow Us!