Trump, the New Messianic “King”? Between Caution and Conspiracy

Or “‘The world was gloomy before I won’: Trump and Messianism between Conspiracy and Parody”

Over the past couple of days, the blogosphere and other social media has been abuzz in response to the Republican National Committee’s 2016 Christmas message, written by Chairman Reince Priebus. The message—in which both author and audience are clearly assumed to share the same Christian identity—begins

Over two millennia ago, a new hope was born into the world, a Savior who would offer the promise of salvation to all mankind. Just as the three wise men did on that night, this Christmas heralds a time to celebrate the good news of a new King.

As a few have suggested (including our own Ed Brayton over at Dispatches From the Culture Wars), in one unfortunate surface reading of these lines, the “king” here might be taken to be none other than Donald Trump himself: that is, just as the birth of Jesus Christ presaged a new hope 2,000 years ago, so now at the tail-end of 2016—on the cusp of the inauguration of President Trump, to take place January 20—we can expect the coronation of a new King.

As tantalizing as this interpretation may be, there have been voices cautioning against reading too deeply into this. Stacey Dash, over on Patheos’ conservative political channel, ascribed the Messianic trump interpretation to “Biblically illiterate liberals” unfamiliar with the traditional Christian language of Jesus’ kingship.

Polemic aside, digging a little deeper does seem to suggest that the ambiguity in the RNC message truly might have been unintentional. For example, when we look at the opening lines of the RNC’s 2015 Christmas message, we’re met with very similar language—and yet without any of the ambiguity or scandal of the 2016 message:

Each Christmas brings a chance to rejoice at the humble birth of the Child who brings a new hope. Over two thousand years ago in Bethlehem a Savior was born whose message is love and peace.

In fact, if we simply reverse the order of the two sentences here and place them alongside the 2016 message, it’s hard not to see the 2016 message as simply a rewrite of the previous year’s:

Of course, with the 2016 message, it’s the line “Just as the three wise men did on that night, this Christmas heralds a time to celebrate the good news of a new King” that’s caused the most trouble. First and foremost, it’s clearly sloppy writing, in which the grammar suggests an awkward analogy between something the wise men did and what Christmas “does.” Most of all though, the main point of contention is the idea that the 2016 message is not just talking about two different times here—the “first” Christmas and the current one—but about two different events: the birth of the “new hope” (Jesus), and then the “new King” (Trump?).

But again, in light of the parallels with the 2015 message which has “new hope” in place of where 2016’s “new King” appears, it’s much clearer that they both have the same event in view. Therefore, instead of seeing the 2016 message as welcoming some new event to take place around “this [2016] Christmas,” it’s easier to see this as using slightly (and almost certainly unintentionally) ambiguous language to refer to the recurrent celebration of the same event that took place “over two millennia ago”: the birth of Jesus.

An article posted yesterday on the Snopes website concludes

Some have raised the possibility that the 2016 message’s reference to Christ as “new King” and Trump as new King aren’t mutually exclusive interpretations, and that an association between the two could have been a subtle “dog-whistle” that would be picked up on by militant Trump supporters.

On the grounds of Occam’s razor alone, in tandem with a couple of other considerations that I won’t get into here, I find this implausible. Yet there’s one last piece of the puzzle that I think complicates things here.

The world was gloomy before I won – there was no hope. Now the market is up nearly 10% and Christmas spending is over a trillion dollars!

Now, to start out, although there may be a Barack/Michelle Obama–related “hope” reference in the background here, there’s no doubt that Trump uses almost unambiguously messianic language here. That non-Christians (or, say, those gentiles who lived before Jesus) are “without hope” is language used in the New Testament itself, for example by the Apostle Paul in 1 Thessalonians 4:13 and Ephesians 2:12.

For that matter, Trump’s “The world was gloomy before…” closely resembles any number of statements that have been made by Christians throughout history re:the state of the world before Christ. In fact, the two ideas are found together in a comment by Francis B. Harris:

Many years before Jesus came into the world, the world had no “Light” on the resurrection and the Future. All groped in darkness, and “without hope.” (The Kingdom of God and the Kingdom of the Heavens, 136)

Most importantly though, Trump’s “there was no hope” can be clearly connected with another line in the 2016 RNC Christmas message itself, and its broader religious theme of “a new hope”:

Even as we celebrate, we must also remember those among us who are less fortunate. Many on this day are without hope, and need the kindness and compassion of those around them.

To wrap up: taking the 2016 RNC Christmas message in and of itself, I think it’s very implausible that there was even any intended “dog-whistle” for ultra-militant Trump supporters.

Looking at the message in conjunction with Trump’s most recent tweet is a bit more interesting—especially the fact that it was written on the same day that the controversy over the RNC’s Christmas message was at its greatest and most visible. That being said, there’s the possibility that Trump was in fact using self-consciously parodic language in his tweet, and that it’s just a bit of… shall we say messianic humor? (In fact, I think this may be the most likely interpretation. If I had to guess, I wouldn’t say it’s in keeping with Trump’s normal style to use phrases like “The world was gloomy” in sincerity.)

If not, this is extremely disconcerting. Of course, Trump’s continuing emphasis on “I won” seems to suggest an inability to get beyond humiliating his defeated opponents and onto other things; itself disconcerting. Further, it seems that Trump is conscious of how messianic themes can be invoked—if only in jest—in conjunction with his political status. But I don’t think we’ve seen the merger of political/personal megalomania and religious messianism from the Trump camp itself yet, and I think we’re firmly in conspiratorial territory when we suggest this.

December 8, 2016
Some Problem Areas for the Compatibility of Religion and Evolution
Next Post 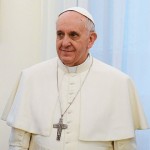 December 28, 2016 Why Biblical Inerrancy May Be Catholicism's Biggest Problem
Recent Comments
0 | Leave a Comment
"OT I really wish the bible would have1. Written in Latin rather than Greek. The ..."
James "The Paſtafarian" Parſon Gay Rights / LGBT Affirmation Doesn’t ..."
""Ancient texts deserve the same respect and benefit of the doubt and willingness to trust ..."
sushisnake The Resurrection of Jesus and His ..."
"I've only just started reading this article, but so far it seems Shawn Bolz has ..."
sushisnake Shawn Bolz: Exposing a Fraudulent Charismatic ..."
"Regardless of your thesis about Scripture, most traditional Christians and the Catholic Church today maintain ..."
Dennis Bonnette Neglected Factors in the Historical Adam ..."
Browse Our Archives
get the latest from
Nonreligious
Sign up for our newsletter
POPULAR AT PATHEOS Nonreligious
1

MLMs' Future: LuLaRoe and Its Pyramid...
Roll to Disbelieve
Related posts from Atheology