If America Loses The Free Press To Trump, We Lose Everything

If America Loses The Free Press To Trump, We Lose Everything January 21, 2017 Martin Hughes

It is clear, from White House Press Secretary Sean Spicer’s press briefing today, that Trump is trying to control the press. The constant assailing of the press for telling the truth about Trump has been systematic, and today it reached bizarre proportions.

Several people have been puzzled about why Trump is doing what he is doing. What does he hope to gain? Is there a method to the madness?

Yes. In short, this is exactly what Trump would do if he were trying to abolish the free press. Like Putin’s Russia or Kim Jong-Un’s North Korea. Yes, it could really get that bad, if it works.

The method is simple. Rationalize cutting the press off from access to your activities, except for your puppet press. Your puppet press is then the only one that can really report on you, and they make you sound awesome. You gain popularity. And the other starved outlets, increasingly denigrated for the quality of their reporting (which is affected by their lack of access), start to change their reporting to gain access, as well.

Whatever. You. Want. Jail political enemies? Child’s play. If you play it right you could get unlimited terms, for example, increasing your power each time around. Your only limit is the voters’ opinion, which is informed by the press, which you control…so, effectively, there is no limit.

If we lose our free press, we lose everything.

How do we fight?

Where we see the lies, we make clear that they are lies. We don’t listen to the people who tell us to shut up about the truth on social media. We call out lies, and we hold our friends accountable, and we don’t let Trump denigrate the press into silence. And we engage, on the Internet and off, by leaving critical comments and dislikes on bad information, and contacting our congresspeople, and joining marches, and organizing, and staying engaged. The truth doesn’t win simply because it’s the truth — in fact, many people share stories they KNOW are fake, and people don’t automatically share the article you used to fact-check them, while they will often share the original, because they care more about saving face and “winning” than about the truth. You have an advantage if you have the truth, but that’s not enough. You have to be loud and clear that it’s the truth, and not let people get away with spinning lies.

Sean Spicer lied and misrepresented an astonishing number of times in the below video of his press conference.

Here are the three major lies:

Sean Spicer LIED to the American people in the very first press briefing in order to attack the truth — that Trump is seen as (and actually is) dangerous to the American people, and for most of us his inauguration is far from a celebration. He is trying to erase the truth from the American psyche, and we cannot let that happen. If we lose the free press, if we are no longer able to report the truth, America is dead. Don’t let him get away with it this time, or any other time in the next four years. Fight every. single. step of the way. Because after the moment we let our guard down, we will wake up and the truth of the diverse, free country we love so much will be so deeply buried and shackled to lies about our reality and about our individual selves that we will not recognize it anymore.

This is not a drill. Call your friends out on fake news. March. Protest. Keep the freedom and truth in this country alive.

P.S. I have a Patreon, in case you want to help me keep doing what I’m doing. 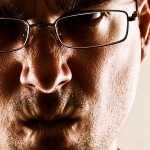 January 16, 2017
Dear Anti-SJWs: If You're Gonna Insult Us, At Least Try To Be Relevant
Next Post 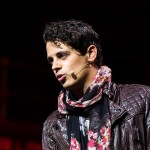 January 24, 2017 Why Milo Yiannopoulos Shouldn't Speak At Universities
Recent Comments
0 | Leave a Comment
"Maybe I shouldn’t be asking why a God would do this – after all, God ..."
Steven Watson What This Atheist Learned from the ..."
"lol... of course a lib-tard is gonna say "no way - we don't lose all ..."
Stephen Russell Why That Newsroom “America Used To ..."
"Just declaring Christian Belief Insulting dos not make it Insulting, and twisting it doesn't make ..."
skwills The Christian Obsession With Insulting Atheists
"But, No Evidence that they want this exists."
skwills The Christian Obsession With Insulting Atheists
Browse Our Archives
get the latest from
Nonreligious
Sign up for our newsletter
POPULAR AT PATHEOS Nonreligious
1