An Anti-Theist Wrestles With “Spirituality”

An Anti-Theist Wrestles With “Spirituality” May 10, 2015 Martin Hughes 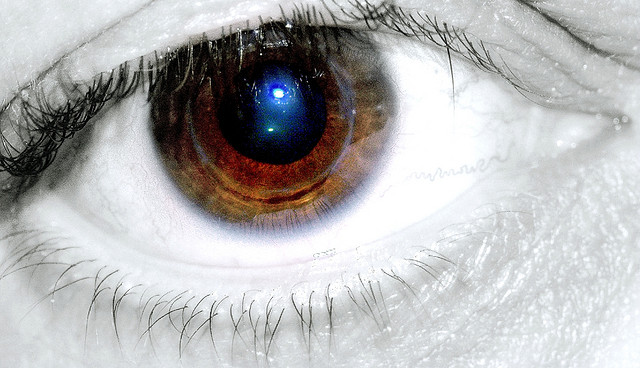 “I think that the word ‘spiritual’ has possibly been hijacked by religion in the following sense: There are an awful lot of scientists who call themselves religious.  But if you actually challenge them and ask them what they believe, it turns out they don’t believe in the personal God at all, but they have a sense of reverence and awe for the mysteries that we still don’t understand about the universe, and they have the sense of emotional reaction to looking up at the Milky Way, for example, and some people will use the word ‘spiritual’ for that.

“And I don’t care what word you use — I mean, words are our servants, not our masters — so by all means, call yourself ‘spiritual’ if you have that reaction, as I do.

“But don’t let religious people hijack you, therefore, and count you as part of their number because you call yourself a spiritual person.  Don’t let them hijack you and say, “Oh, you obviously must believe in God.”  Or, even worse, that you believe that Jesus is your personal Lord and Savior because you are filled with an emotional upwelling of feeling when you look at the Milky Way.  Let’s be clear about the words that we use and don’t let other people hijack them or hijack you and assume that you’ve joined their party because you have a normal human reaction, whether it’s to the stars, to poetry, to music, or whatever else it might be. I mean, all the scientists I know are ‘spiritual’ in the sense that they have a poetic reaction to things like music and art and the wonders of the universe, but that’s very, very different from believing in something supernatural.” — Richard Dawkins (2013 — see first YouTube clip)

For a long time after I left Christianity, I didn’t know whether I was an atheist or not.  The definition of “God” or “gods” was hard for me to determine until I recognized that even if beings with the power and knowledge of “God” or “gods” did exist, they wouldn’t be holy deities.  “God” would just be some individual.  Sure, He/She/It could be powerful, smart, loving, etc.  But it’d still just be some individual, just like all of us.  I don’t think there’s good evidence to think that there is a powerful, authoritative being anywhere, but even if there were – it would just be that. Nothing necessarily more special than a table or a chair or a more powerful, knowledgeable human being; it would simply be there, and it would be us who decided whether or not it was meaningful or should be followed.  It wouldn’t inherently have  authority; that’s an externally bestowed title that would be based on a subjective decision that we would make based on our allegiance or lack thereof.  And because a characteristic of God or gods seemed to be inherent (as opposed externally bestowed) authority…I’m a strong atheist.  Not only do I think that there is not good evidence that God or gods exist — I also think that the concept of a god’s existence is fundamentally incoherent.

I reject pantheism for similar reasons – even if everything were somehow connected, that would just be a phenomenon – again, like a table or chair.  I don’t see that as something anyone should necessarily have to worship or anything.  It would just be a simple fact of life, like anything else.  How we would make decisions in light of that simple fact would be based on our own goals and desires, not those of a disembodied principle outside ourselves.  So there is no real sense, in my view, of thinking or saying that even a pantheistic God exists; even if something with most of its qualities did exist, it would no more be “God” than the phenomenon of gravity. I don’t see any sense in morally privileging it or seeing that way of thinking as having inherent authority.

In this blanket rejection of God, I have become an anti—theist, because every definition of “God” I have come across so far has used the concept of God to somehow dictate to people how they should live over and above their own judgment. I think the appeals to authority here would be fundamentally problematic even if something like “God” existed – because, again, “God” would just be, like, some guy.  Maybe a powerful, smart, loving guy, if you choose – but God would still just be like a guy with no inherent authority.  The fact that all these beings who are given the title of “God” do not seem to exist only makes things more problematic, especially as they seem to be manipulated by other human beings.

A lot of people have noticed that the “God” or “gods” of various religions are, basically, puppets, which is why the number of the “nones” seems to be rising.  But I’ve noticed something else in myself, as well, that made me hesitant to call myself an atheist at first.  I’m not sure how to describe it, and I think others aren’t either.  But we tend to call it “spirituality” – without actually knowing what, exactly, it is.  It’s a fascinating concept/feeling/tendency, and I’ve found myself spend a lot of time contemplating what I mean when I think of the word “spiritual.”  I don’t like the word, because it includes the word “spirit,” which seems to point to a God of gods I (as I just explained) reject.  But I do think that the word refers to a feeling that I have felt and, in ways, occasionally still feel.  What is that feeling, exactly?  What does it correspond to?

I’ve noticed that this feeling arises when I feel most connected to and aware of the entirety of existence.  I think spirituality might be an attempt to try to make that connection concrete somehow, to explore its contours.  What we call “spirituality” would be the attempt to figure out what it means to be part of existence, possibly.

I say “possibly” because “spirituality” is notoriously difficult for me to define.  I do know that it’s a feeling that I sometimes have had in church.  Perhaps the most ecstatic spirituality I ever experienced as a Christian was in a broken down building in a missionary school that was training men for the mission field.  Even though I’m an atheist now, I can’t deny that in the midst of the fervent prayers, the singing, the “speaking in tongues” – I felt something.  I think prayer doesn’t work, I think the lyrics to most of the songs are bullshit, and I think “speaking in tongues” isn’t a real thing.   But the thing was…I don’t think they had to be real, or I that I even had to believe they were real, for me to experience a deep sense of connection to the entirety of existence that overwhelmed me. 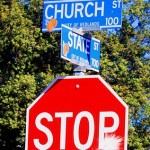 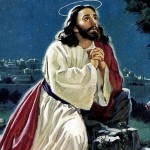 May 12, 2015 9 Pieces Of Bad News For Religion, From The Latest Pew Forum Report On The United States
Recent Comments
0 | Leave a Comment
"This is nice content. Actually in this world, education is very important for us and ..."
Ajay Kamboj Why do Christians who rarely read ..."
"The essence of the story is that before the eating of the apple, Adam and ..."
Rich Faussette Eve Is My Hero: An Atheist’s ..."
"God's Holy Spirit helps us understand His Word. His written word is the story of ..."
m cormier Four Things CS Lewis Said About ..."
"Once you read the Bible multiple times, you can see it inerrant. Who cares what ..."
Dr. Jerry Fowler Four Things CS Lewis Said About ..."
Browse Our Archives
get the latest from
Nonreligious
Sign up for our newsletter
POPULAR AT PATHEOS Nonreligious
1