I’m An Atheist Who Is Afraid Of Death. And That’s OK.

I’m an atheist who is afraid of death, and that’s OK.

No, my fear of death didn’t begin when I became an atheist, although it changed; I was more apprehensive about death when I was a Christian than I have been as an atheist.  When I was a Christian, I thought that hell existed.  This thought had two direct consequences to my psyche — one is that it made me want to make sure I got my theology right so that I didn’t end up in hell, and another is that I was afraid for all the billions that would be there.

When I stopped believing in hell, I felt an incredible sense of relief.  Yes, I wasn’t going to heaven anymore, but no eternity of bliss made up for the image of people burning in hell.  In addition, as the smoke cleared from my break with religion I came to see the God of the Bible as such a monster that I said I preferred almost any fate to spending eternity praising him.

Although I did feel that sense of relief, the fear, although it changed, continued to remain after I left Christianity.  For starters, upon leaving Christianity I was only an agnostic; I only knew Christianity was not true, and didn’t know what to think in its place.  So, for all I knew at the time, there might still be an afterlife.  I looked up several Near Death Experiences (NDEs) then to see if they had answers, and had mixed feelings about them being all over the map.  For one, the fact that any religious experiences people tended to have in NDEs coincided with religions they had experienced in life showed me that the stories of people dying and going to heaven or hell were no validation of any particular religion  — which, at the time, was, honestly, a relief to me.  The other thing I saw was, at first, somewhat discouraging — the experiences were due more to changes in the brain during the transition to death than an actual or real perception.  And so I was left, at the end of watching dozens of videos and reading several articles, with the thought that what happened after death was probably absolutely nothing.

I found quick backlash when I expressed this fear among atheists.  Most atheists I talked to outright denied that they had a fear of death and seemed to pity my own.  Most Christians who remotely suspected I had a fear of death thought it was a sign that, deep inside, I knew God was real and that I would be facing judgment (and the admission that I would prefer not to spend eternity with God anyway fueled the belief that I somehow “chose” to go to hell, so they would say my fear of hell was proof that I was afraid of that choice).

That’s not true.  There are two reasons an atheist can absolutely be afraid of death.  One is a concern over what happens after — whether there will be an afterlife.  The concern over whether there will be an afterlife can drive one to actually investigate what an afterlife will mean, what it will look like, how consciousness works, what it means to be “you,” and so on.  The worry over an afterlife, especially if it’s unfounded, can be productively assuaged by exploring it.  Ignore it, and it may become a more intimidating, like a concern over the color green does when I say, “for the next five minutes, don’t be concerned about the color green.”

Another concern lies in the arena of what happens afterwards to everything that made you, “you” — your reputation, as well as the people and impact you left behind.  This fear makes plenty of sense — contrary to what some might say, it’s usually not a selfish fear.  Often, the concern about your legacy and what you leave behind is very centered on how your death will affect other people who were invested in an image of who you were (you won’t care, because you’ll be dead).

What I like most about my life is what I’m able to observe, understand, and ponder. I would argue that even some of the most unhealthy sentiments and actions are conceived in desire to be connected to and thus defined by a person or experience one doesn’t have.  In that sense, then, one manifestation of the fear of death is rooted in a desire to protect and enrich the experience of life that you had on earth, as well as the effects of that experience.  And that desire is not completely selfish, because the experiences it is connected to involve people and objects outside of you.

So I guess I’m afraid of that, to an extent.  I’m afraid that my death will end the positive impacts I could have had on people and situations I care deeply about.  I’m afraid of missing out on the joyful experience of life, as well as the sadder aspects that make me feel more intimately connected to the world.  I’m afraid, deeply afraid, that I won’t be able to empathize with anyone, that I’ll never again hear someone say “me too,” that all the stories in my mind will die with me, untold.  I’m afraid of the story that will go on without me and of leaving the next generation to experience it themselves without my being there to contribute to and enjoy it with them.  I’m afraid of dying, to make a long story short.  I want to stick around.

I know a lot of people, especially atheists, have a problem with this fear.  But I think the fear is healthy, because it drives me.  It makes me appreciate life more, and it enables a greater awareness of all the connections I have to experiences in my life that make me, me.  It causes me to treasure people more, to write more, to talk more, to enlarge my experiences more.  It’s not just a motivating factor; it makes life something I enjoy.  And this enjoyment feels connected to something secure and concrete, because these goals are actual tangible ones that can be sought in the real world — not mirages like heaven.  Fear of death has given me valuable definition, understanding, and practical direction in life.

And, to tell you the truth, the fear of death has also given me an awareness that has made me feel more connected to existence and, paradoxically perhaps, a state of nonexistence than I would have if I had avoided that fear.  Facing squarely the knowledge that I will disintegrate into ashes has made me feel more a part of the universe, which has given me, personally, a kind of comfort.  I think sentiments like this one from Zora Neale Hurston put it best:

I know that nothing is destructible; things merely change forms. When the consciousness we know as life ceases, I know that I shall still be part and parcel of the world. I was a part before the sun rolled into shape and burst forth in the glory of change. I was, when the earth was hurled out from its fiery rim. I shall return with the earth to Father Sun, and still exist in substance when the sun has lost its fire, and disintegrated into infinity to perhaps become a part of the whirling rubble of space. Why fear? The stuff of my being is matter, ever changing, ever moving, but never lost; so what need of denominations and creeds to deny myself the comfort of all my fellow men? The wide belt of the universe has no need for finger-rings. I am one with the infinite and need no other assurance.

But I want to make it clear — I am still afraid of death.  I think I am about as afraid of death as when I began the inquiry as to what happened after death upon first leaving Christianity.  However, this fear has been productive for me in positive ways, and it has been assuaged not by my ignoring it, but by my embracing and investigating it honestly and openly.  The goal is not to get rid of the fear; the goal, for me, has been to seek to understand it and figure out why it means something to me and how it means something to me while I am alive, a goal that has proven to be productive for me on a personal level.

I think that’s what people mean, to a major extent, when they talk about spirituality.  How do we deal with the fact that we’re going to die?  Perhaps a large part of the fear comes from a need to preserve a separation between who we are and who “they” or “that” is.  We want to preserve a separation, a distinction, possibly — and the fear of that separation being violated may be a fear of death.  Emily Dickinson explores that concept in this poem:

There’s a certain slant of light,
On winter afternoons,
That oppresses, like the weight
Of cathedral tunes.

Heavenly hurt it gives us;
We can find no scar,
But internal difference
Where the meanings are.

None may teach it anything,
’T is the seal, despair,—
An imperial affliction
Sent us of the air.

When it comes, the landscape listens,
Shadows hold their breath;
When it goes, ’t is like the distance
On the look of death.

But if, as Carl Sagan said, we are star stuff, and if “the meaning” of us is “the meaning” of all existence, and if that “internal difference” is collapsed because there is no “cathedral tune” of God to say that we’re fundamentally divorced from all the rest of existence, and if the “seal, despair” is one that is only there if that separation is preserved, and if you step out of the “certain slant of light” that tells you your existence is fundamentally different from the rest of existence…then being familiar with the “look of death” can be a reason for you to feel connected to nature, to others, and even to yourself in a less segregated way.  And this can help one live a more peaceful, deeply joyful life.  Or, at least, that’s what it’s done for me.

And, finally, I want to reiterate that I’m not wagging my finger and saying you have to be afraid of death.  Many people I know aren’t and that’s OK.  But, at the same time, many are, and that’s OK, too.  I’m putting this as a painting of a perspective some may identify with, not as a preacher at a podium angrily wagging his finger.  If it helps you or you find it useful, that is good.  And if all it does is help you see a portrait that is different than your own, that’s OK, too.

Hopefully that makes some sense. 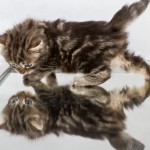 Meaning of Life: Telic vs Atelic Activities
I wrote a piece yesterday looking at happiness, the meaning of life,...
view all Nonreligious blogs
What Are Your Thoughts?leave a comment
Copyright 2008-2020, Patheos. All rights reserved.