I don’t want to sit around all day talking about how much I don’t believe in God. Really. I mean, if atheism is just about a lack of belief in God or gods, and that’s it, what is the point? Any way you answer that would be adding something onto atheism that wouldn’t be part of atheism.

Really. I mean, most of what really bothers me about Christianity has to do with the idea of people burning in hell forever, anyway. That’s a very cruel thing to believe about some good people.  God’s not the problem for me there; the way people are treated and thought of is.

Here’s something I think:

I just don’t see the point of shaming Christians for not caring about people if we don’t care about people ourselves.

Yeah, I realize that caring about people is a nebulous concept. More specifically, I mean showing compassion, listening, granting dignity, striving for equality, trying to make a better world for everybody.

But here’s the other thing: Nothing can change the beauty in the moments that we decide to enrich each other’s lives. When the entire universe is completely cold, unimaginably vast, and silently empty trillions of years from now, nothing will change that in one part of it, however small, people felt the beauty of caring about each other. People mattered to each other because they decided to matter to each other. No God had anything to do with it.

That’s worth getting up in the morning. Refusing to believe in God…isn’t.

It just seems boring to focus so much on the fact that there’s no God when there are so many fascinating people to get to know, love, and support. I don’t want to just sit here in the one life I have and get tunnel vision on being against God.

To each their own, though.

P.S. My blog has a Patreon, in case you want to support it. 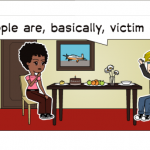 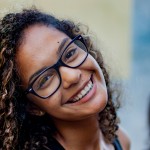 August 15, 2016 TEN WAYS TO TRIGGER ANTI-SJWs
Recent Comments
0 | Leave a Comment
Browse Our Archives
get the latest from
Nonreligious
Sign up for our newsletter
POPULAR AT PATHEOS Nonreligious
1