How can Kaepernick’s “pig cop” socks be anti-cop if he has cop friends?

How can Kaepernick’s “pig cop” socks be anti-cop if he has cop friends? September 1, 2016 Martin Hughes

Political correctness tells you to value cloth over people, these days. But we don’t have time for political correctness. We have to do what is good for the American people. We have to tell the truth if we want to Make America Great. We know the Trump right is LYING when they say America is great right now, OK? They’re LYING.

And yes, folks — yes, they do say America is great. They stand up in their seats every anthem and pretend America’s great. But it’s bad; they know it — everyone knows it. It’s bad.

Why is this happening? We need to keep a closer eye on police until we know What Is Going On.

So I read this story the other day — have you seen this story? — I read this story about a 49ers quarterback, Colin Kaepernick, who is wearing socks with a design that has pigs who are in police caps to spread awareness about police brutality.

He is the least cop-hating person, ever. He knows so many cops — he has two uncles and friends who are police officers, OK?  People who understand, unlike so many of these people, that ALL lives matter (yes, even the black ones).

Look: How can he be anti-cop if he has cop friends? It’s a simple question.

And the cops love him. They love him!

He gets along so great with the cops, you wouldn’t believe it.

I think it’s a terrible thing, it’s disgraceful…and you know, maybe they should find a country that works better for them and takes non-patriotism seriously. Like North Korea. Let them try, folks. Let them try.

It isn’t going to happen.

They need to grow thicker skin. They’re just going to have to get used to it.

Because — believe me folks — I think that in the end, we’re going to win. 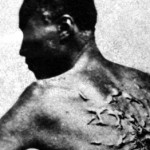 August 30, 2016
The Anthem's Racist Lyrics: "No Refuge Could Save The Hireling And The Slave"
Next Post 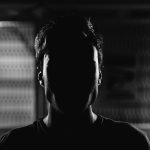 September 3, 2016 Youtube Anti-SJWs Become a Victim Cult After Demonetization
Recent Comments
0 | Leave a Comment
Browse Our Archives
get the latest from
Nonreligious
Sign up for our newsletter
POPULAR AT PATHEOS Nonreligious
1