Christians, Quit Waiting to Take Advantage of Tragedies in Our Lives to Convert Us

Christians, Quit Waiting to Take Advantage of Tragedies in Our Lives to Convert Us October 9, 2015 Martin Hughes

Christians: Quit trying to take advantage of tragedies in our lives to convert us.

I’ve heard this way too many times — the old, “There are no atheists in foxholes” bullshit. This ridiculous thought that once shit hits the fan in our lives, as it’s bound to, you’ll be able to swoop in and say, “See! You need God!” and we’ll keel over and accept Him.

What you’re doing isn’t original. If you go back to medieval times, they kinda thought the same thing. Except then, they didn’t share this message with smiles. No. They did it with torture. And as offensive as it may be to suggest this, I think that when you, as a Christian, wait for us atheists to go through something difficult in our lives to tell us that God will make our lives all better, you’re kinda keying into this.

The reason you think there are no atheists in foxholes, I suspect, is that for hundreds of years Christianity has developed a reputation of converting people through such threats of death and torture, and possibly found the intimidation fairly effective.  And it’s easy to make up confessions, as well — which may have also coaxed people into thinking that those near to death will call out to God.  So that now, when someone is going through a rough time…people tend to think the time is right to bring them over to the Christian side of things.

I get a bit upset when this happens to me, honestly.

I mean, I’ve sat across from someone who has looked me in the eye and said that, because I don’t believe in God, I’m going to have a rough time in my life. I’ve talked to other people who have complained that the Christians in their lives have said that a hard time might be God trying to tell them something. I’ve even sat in on sermons and advice from apologists to college students saying Christians should wait till a friend has a hard time in their lives before sharing the Gospel to them.

It’s the same theory that was used during the times of Christian torture of heretics — when people are broken down psychologically, physically, and emotionally…then is your time to strike and insert the Gospel of Christ.  It’s like, “Hey — your emotional, psychological, and cognitive faculties are at their weakest — now is the best time to make a major life decision!”

Now…I can tell you that yes, I do have a bit of sympathy for some of these Christians. After all, many Christians were converted this same way — someone came into their life at a vulnerable time and said, “Here, believe this to help you get out of it,” and they did, and so now they’re passing it on to you. And if you’re one of those Christians reading this now…maybe you like the you you are now, and maybe it did “work,” in a sense, as the placebo effect is very powerful.  Thinking something works can actually make it work.

If you are this Christian, then I think you should be kinda pissed off, frankly, that someone came into your life when you were most vulnerable and took advantage of that moment to get you to accept a story that clearly seems a bit “off” on its face. The most infuriating this is that someone put an authority in your life that, it seems, doesn’t really actually exist. Because someone took advantage of you at your weakest, and not necessarily at your most confident or sharpest, you seem to have given the entirety of your life to a phantom.

Maybe it’s healthy to rethink Christianity now that you’re out of the crisis and might be a bit stronger emotionally and psychologically to honestly explore your doubts. Because that’s honestly what we atheists are often after — not trying to wait till people are at the bottom of the barrel, but coming in to help people struggling who have the ability to honestly think through and weigh evidence.

If someone took advantage of you at your weakest, don’t do that to your friends. And, worse yet, don’t lie in wait to do that to your friends or anyone else. Consider this: If you have to wait until your friend is at their weakest to convince them that something is true…maybe doubting it is a good route. Perhaps we can have a conversation now, as friends and equal human beings, instead of waiting for life to beat me down so you can force what you believe into me. 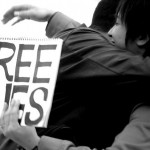 October 8, 2015
Why It Wasn't Good Enough for This Ex-Christian to Say the Eternal Fate of Others Was up to God
Next Post 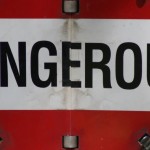 October 10, 2015 Treating Pastors Like Trained Clinical Psychologists, Social Workers, Or Counselors Is Dangerous
Recent Comments
0 | Leave a Comment
"The essence of the story is that before the eating of the apple, Adam and ..."
Rich Faussette Eve Is My Hero: An Atheist’s ..."
"God's Holy Spirit helps us understand His Word. His written word is the story of ..."
m cormier Four Things CS Lewis Said About ..."
"Once you read the Bible multiple times, you can see it inerrant. Who cares what ..."
Dr. Jerry Fowler Four Things CS Lewis Said About ..."
"Those are the same God, different names, convoluted with Legend at myth and philosophies. Even ..."
Matthew Jenkins Four Things CS Lewis Said About ..."
Browse Our Archives
get the latest from
Nonreligious
Sign up for our newsletter
POPULAR AT PATHEOS Nonreligious
1

'Joseph Masturbated In The Corner, Too'...
Laughing in Disbelief
Related posts from barrier breaker