Christians Should Be Nauseatingly Nice to Undocumented Immigrants

Alright, Christians. I know I’m an atheist and all, but we gotta talk.

As Christians, I hear, you believe that God forgave you of an enormous debt. Of enormous sin. If he had let you get what you deserve or what you earned, you would be in hell for all eternity. Like, you sinned. You messed up. Bad. Terribly bad. You’re evil, in your own self. And against all reason, he sacrificed himself for you, and encourages you to love others with that same sacrificial love.  I mean, to me, that whole “sinner” thing is a bit extreme. It doesn’t work for me. But you, supposedly, believe it.

You claim that Jesus didn’t come so you could pull yourself up by your own bootstraps; God had to move for us to even have a chance.

You weren’t given citizenship in heaven because you earned it or deserved it.

You were an illegal.

No right to heaven, at all.

And he commands the same of you, right? That you love others as he loved you, fully, unconditionally, with full forgiveness for all who ask.

Let me break this down a bit more.

You know Matthew 18: 21-35? Basically, it’s a parable Jesus told about a servant who was forgiven by his master of an enormous debt — like, a million dollars or so in today’s wages. That’s what God did for you. Forgave you of an enormous debt.

And the servant walks away. And he finds a fellow servant who owes him about $150 bucks (much less than a million).

Here’s how the story ends (Jesus is talking):

“Then the master called the servant in. ‘You wicked servant,’ he said, ‘I canceled all that debt of yours because you begged me to. Shouldn’t you have had mercy on your fellow servant just as I had on you?’ In anger his master handed him over to the jailers to be tortured, until he should pay back all he owed.

“This is how my heavenly Father will treat each of you unless you forgive your brother or sister from your heart.”

Those are some cold words.

You’re the servant. God is the master. God has forgiven you of an enormous debt, adopted you, and given you amnesty so that you are a citizen of heaven.

And yet you won’t do the same for your fellow human beings. You throw undocumented immigrants in jail, and when they beg for amnesty, so many of you make the entry into amnesty tougher instead of offering the slightest bit of forgiveness God showed them.

Now, I’m an atheist. I don’t have to follow these rules. But if you’re a Christian, you supposedly believe this. Which is why I’m flabbergasted. Doesn’t it chill you, a little bit, that Jesus said that the servant who didn’t have mercy on his fellow servant was tortured? Doesn’t the prospect of torture strike fear in your heart?

Given how much God supposedly has done for them, Christians should be disgustingly liberal in helping people out. They should have such open hearts it should be nauseating. If anyone were to state we should grant amnesty to all who ask, it should be the people who were granted much greater amnesty, against all reason and logic, through the mercy of the Almighty God.

I mean…it should be so annoying and nauseating to us atheists that it makes us ill how frickin nice and forgiving you are.

It makes me think…maybe these Christians don’t really believe what they claim to believe.

Maybe Christianity, for them, is more about feeling superior than actually…well, taking what Jesus said seriously.

PS: Thank you to all 23 patrons who made blog posts like this possible. 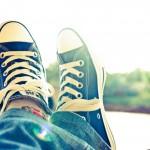 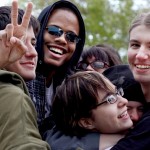 September 25, 2018 The Atheist "Movement" Belongs To Us, Not Its "Leaders"
Recent Comments
0 | Leave a Comment
Browse Our Archives
get the latest from
Nonreligious
Sign up for our newsletter
POPULAR AT PATHEOS Nonreligious
1