Dear Anti-SJWs: If You’re Gonna Insult Us, At Least Try To Be Relevant

Dear Anti-SJWs: If You’re Gonna Insult Us, At Least Try To Be Relevant January 16, 2017 Martin Hughes

I’ve noticed that anti-SJW insults tend to be, oftentimes, missing the point. They seemed designed to disparage parts of individuals that they cannot change. Rather than merely pointing out erroneous parts in another person’s argument, anti-SJWs tend to insult the other person’s appearance, mental abilities, and other circumstantial data.

This is a very effective strategy, because these insults permanently mark people. If someone says your face is ugly, there’s really no escape. If someone says you’re fundamentally stupid, that’s not an attack on a particular instance of bad logic — that’s a commentary on all your thinking abilities. These insults permanently categorize individuals — sidelining them and making them unheard.

One side effect of such insults is that they reinforce norms. So if someone says something, they are seen, automatically, as dismissable not because you’ve proven them wrong, but because, to cite a recent example, they have a dick-shaped nose. Or because of the way they laugh, smile, or talk. There’s power there. You don’t have to respond to someone’s argument; just leave a comment saying “you’re ugly” or “you’re an idiot” or something similar, and you’ve won. Maybe you wouldn’t win in a class on logic, but other people “like” the comment, and then the conversation is closed.

What are you going to do? Rebut? You can’t. These judgments are entirely subjective. They’re not arguments about facts. They are professional cyberbullying arguments.

Let me give you a recent example. From your side.

A popular anti-Feminist who goes by the handle ShoeOnHead on YouTube recently made a feminist parody video. And the parody was mistaken for a serious video and attacked by an anti-SJW named “the Satirician.”

So she made a video about “The Satirician’s” criticism of her parody video (got all that?). It’s a decent video. Check it out:

Here’s an example of the Satirician’s insults:

Let me just say I’m fully in favor of getting rid of you. Something spectacular, like a public drowning.

ShoeOnHead bangs her head on the table in exasperation and exclaims:

Why don’t you just link the original video for us to laugh at, if you’re not going to add anything else other than: “You’re ugly and kill yourself.”

She notices the same thing I do. These insults are thoughtless. They are irrelevant. They aren’t arguments. And that’s why they work — they make us hate people instead of critique arguments thoughtfully.  They are based on subjective judgment and not on objective argumentation. They’re worthless.

Later, the Satirician adds this insult:

I hope you choke on your hair.

You could have added some FACTS or SOMETHING!

But it’s not about facts. Facts can progress the debate. Facts can continue the conversation and make it genuinely helpful. Telling someone that you hope they die is an undebatable subjective position that adds nothing to the argument and ultimately ends it, because it’s impossible to argue with someone’s subjective opinion.

Then the Satirician AGAIN hopes ShoeOnHead’s parody character kills herself, again fully missing the fact that the character is a parody:

You know, I don’t really condone violence, but if this girl was hit by a bus I can’t help but feel I’d bust a gut laughing.

People told him it was me and he apologized, but honestly that makes it ten times funnier, because it’s like, “Oops! I accidentally told someone I agree with to go kill themselves, not someone I disagree with XD!”

But honestly, to turn into Mother June for a second, if “Nikki” [the character in my parody video] was a real person, that’s actually kinda fucked up that every other thing you said to her was like, “Go kill yourself. Go drown. I wanna see you die. Hey, who’s with me? This girl should die.”

ShoeOnHead is absolutely right. And it’s not OK when SJWs do it, either. But these days, it’s coming a whole lot more from the other side. For example, The Satirician, before he showed ShoeOnHead how terrible he was, released a slew of videos in the above style on a long list of people.

Being on the receiving end of an attack from a major YouTuber hoping that you die or kill yourself is fucking scary as hell. When a bunch of men “like” a comment that says something along the lines of “I hope you die,” that’s intimidating. It silences people. It feels like these people are part of a Charles Manson cult, and if they want you to get death threats they do not have to rebut your arguments — because if it was really about the arguments, we’d have more of a conversation than threats of violence. It’s that they want to feel that they’ve won. It’s because it’s fun to make you make you cry and shut down your channel. Really.

It’s fucking scary. And it’s frustrating, too, when every attempt you make to explain your position is proudly disliked by a disliking gang regardless of what you say, just because their Dear Leader said that you were ugly and that he hoped you died.

That’s not debate. And it hurts people. It demolishes the attempts by people to have a conversation.

But on the anti-SJW side, it’s becoming the norm. They don’t tend to criticize behavior and arguments, opting instead for critiques on appearance and wishes that a person dies. Which hurts peoples feelings.

Yes, people have feelings, and yes, it’s “actually kinda fucked up” when you ignore that to cyberbully them instead of engage them in conversation.

Not all anti-SJWs do this. ShoeOnHead generally doesn’t do it, for example. But others do, regularly. And they ruin people, systematically, through their unskeptical cults that dance around them in glee.

There seems to be a thin veneer of distancing from cyberbullying among some of them, but…it’s not entirely convincing. Take the YouTuber Bearing, for example, who puts these sentences in his harassment notice:

OK. But this harassment notice is in the small-print description of a video that is ironically titled: “Dick nosed feminist strives for world record in double standards!”

Even worse — the insult “Dick nosed feminist” actually came from a comment on said feminist, Kate Smurthwaite’s, original video — a comment the feminist was criticizing as an example of uncivility comments. So not only did Bearing create a title that was uncivil and uncourteous — he repeated and thus endorsed the very commentary he encouraged his fans to avoid.

And in that same title, as ice on the cake, he accused someone else of double standards! And the crowd does not care.

Here is more of his commentary:

You spend the second half of this video pissing and moaning about how horrible bigots call you a cunt online. Well, I don’t think they’re bigots. I think you’re just a cunt.

Maybe [we’d listen to you] if you were much, much hotter, and much less annoying.

Well, maybe listen to criticism. Have you ever thought that someone left that comment [the comment was “you are shit”] because you actually are shit, and not because he’s a misogynist woman-hater who’s out to get you because of your horrible vagina?

I like that guy [who said to the feminist, “You’re not funny. You’re not smart. You’re not pleasant to look at or listen to. PLEASE FUCK OFF]. Knows exactly what he wants to say and doesn’t waste any time saying it.

This [comment on the feminist] is fucking awesome [the comment was: I think that thing was going to poke my eye out with its massive facial limb. I’ve not seen a big fat cock on a face before, but it’s hilarious].

Readers, if you really think he is behaving “in a civil and courteous manner” and doesn’t encourage “harassment or abuse,” I’ve got a Bridge in Brooklyn I wanna sell ya. In spite of his statement that the threat to rape her and that she would raise the “rape baby” by herself was over the top, he clearly is encouraging some abuse here.

Her argument is that misogyny is a major issue in the election of Trump, and Bearing isn’t helping the defense’s case.

But it doesn’t matter. Bearing’s video got seen like crazy. Kate Smurthwaite’s video, by contrast, got less than a tenth of the views, and 5,640 dislikes to only 42 likes. Why? Because Bearing sent his fans to bury it. He got them to dislike her as a person, and didn’t even discuss the entirety of her argument, which I’ll put here:

Also, Bearing earns up to $556 per video for this disturbing content. The problem is not him, so much as his mocking supporters.

We’re not going to have a conversation this way. If you attack people’s appearance and intelligence levels instead of their actions, and if you rely on subjective judgment rather than objective facts and empathy, discussion will die. Because you’re really not contributing anything. You’re just trying to hurt someone else’s feelings, which isn’t part of the argument.

Am I saying that you need to care about these snowflakes’ feelings?

Yes, partially (I guess it’s controversial that you shouldn’t be trying to psychologically annihilate somebody, unfortunately, but yeah — that’s a really fucked up goal).

But even better would be to actually concentrate on the argument. It’s how we’re going to move forward and be a stronger society. You don’t make society better by rebutting arguments by saying someone is ugly or you hope they kill themselves. To state the obvious, those kind of statements make the world worse, not better. If you’re going to insult someone, do it through something that is relevant to the argument and an objective argument; this business of shutting down conversation by encouraging irrelevant personal subjective insults in the interest of “pwning” the other person is hurting conversation, not helping it, and those actions make you a misogynist when they are insulting someone based on their sex, a bigot when they are insulting orientation or gender presentation, and a privileged racist when it involves the color of someone’s skin.

These are insults based on what you do. Rebutting by repeating those actions…isn’t helping your case. As ShoeOnHead encouraged, let’s have on objective conversation based on the facts on the actual ground instead making fun of people when they aren’t consenting to be playthings whose emotions you can liberally wound.

P.S. I have a Patreon, in case you want to help me keep doing what I’m doing. 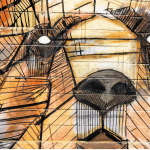 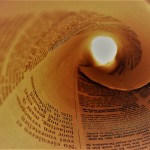 January 21, 2017 If America Loses The Free Press To Trump, We Lose Everything
Recent Comments
0 | Leave a Comment
Browse Our Archives
get the latest from
Nonreligious
Sign up for our newsletter
POPULAR AT PATHEOS Nonreligious
1

'Satanic' school head, pictured with a...
The Freethinker
Related posts from barrier breaker