You’ve probably run into this scenario before.

You’re sitting with one of your religious friends and they say, “I know God exists.  Because once I prayed for my grandmother’s cancer to go away, and it completely disappeared!  The doctors don’t know why — it’s a miracle!”

Or maybe it wasn’t their grandmother’s.  More likely, in your case it was their best friend’s cousin’s uncle’s pastor’s wife’s grandmother’s second husband, as told in a Sunday morning sermon on hope.

To start with the basics, one of the most obvious problems with this scenario is that it ignores all the other individuals who were prayed for who didn’t get healed from cancer.

Second, if prayer cured cancer, every cancer ward should be stocked with a full-time pray-er. But there is no evidence that it does.  In fact, in at least one study, telling a hospital patient you are praying for them is more likely to make them worse than better, as the New York Times reported:

Prayers offered by strangers had no effect on the recovery of people who were undergoing heart surgery, a large and long-awaited study has found.

And patients who knew they were being prayed for had a higher rate of post-operative complications like abnormal heart rhythms, perhaps because of the expectations the prayers created, the researchers suggested.

Third, ascribing spontaneous cancer remission to prayer makes people whose parents died from cancer, despite prayer, insecure.  Did they pray hard enough?  Why did God decide it was time for their parents to die, and not someone else’s?  This can cause a lot of handwringing and angst that is completely unnecessary if there is a natural explanation.

The fourth and biggest objection I have — and other doctors may have — to the “God did it” argument is that it impedes research.  You don’t need to look for a natural explanation to a miracle.  In many cases I’ve found Christians hesitant to investigate miracles — many a time as a Christian I sat in a Bible Study as someone talked about a crippled person who was able to suddenly walk, or a blind man suddenly able to see. When I started asking if I could talk to these people and investigate the amazing miracles, I got accusatory looks.  Why was I asking these questions?  Couldn’t I just accept that sometimes miracles happen without having to investigate them?  Why would I ruin the Christian’s beautiful story?

(As an aside, I think most faith healings can be explained by psychological tricks and manipulation — but don’t take my word for it.  Sometime, when you have a free hour, feel free to watch the video below for convincing visual evidence.)

When you say something is a miracle, you are often providing a reason to avoid looking for a natural explanation to the event.  And this is a problem, because a natural explanation — especially in the case of disappearing cancer — can help us change the event from a “miracle” that helps a supposedly favored few and leaves others insecure and hurt, to a natural phenomenon we can replicate and help millions of people.

Take, for example, this case:

It was the late 19th Century, and William Bradley Coley was struggling to save a patient with a large tumour in his neck. Five operations had failed to eradicate the cancer. Then the patient caught a nasty skin infection with a scorching fever. By the time he’d recovered, the tumour was gone. Testing the principle on a small number of other patients, Coley found that deliberately infecting them with bacteria, or treating them with toxins harvested from microbes, destroyed otherwise inoperable tumours.

Coley could have said, “It’s a miracle!  He was so sick — with a skin infection, to boot — and God saved him!”  But he didn’t.  He looked for a natural explanation…and in the process saved several lives and paved the way for additional research that would help many more.

Fast forward to June 2013, where a study examined the so-called “miracle” cases and found the following:

Could infection be the key to stimulating spontaneous remission more generally? Analyses of the recent evidence certainly make a compelling case for exploring the idea. Rashidi and Fisher’s study found that 90% of the patients recovering from leukaemia had suffered another illness such as pneumonia shortly before the cancer disappeared. Other papers have noted tumours vanishing after diphtheria, gonorrhoea, hepatitis, influenza, malaria, measles, smallpox and syphilis. What doesn’t kill you really can make you stronger in these strange circumstances.

So, again, studying spontaneous remission of cancer instead of saying “God did it” allows us to see trends, and looking for natural explanations of those trends can help people.

This is not just a “rational” atheistic argument trying to take away an emotionally understood story that binds someone to God.  It is sourced in a real empathy for other people that seeks to improve their lives, that doesn’t want people dying of cancer when the deaths can be prevented.  That recognizes how hurtful it can be to have to worship a God who shows favoritism to some and not others.  It’s not just rationalism — it also is an orientation connected to a deep well of caring and empathy.

And instead of a world in which a select few are seen as favored by God while millions die, with their relatives in angst as to why, perhaps we can come up with a better scenario:

But if – and that is a massive if – [researchers] succeed [in fully unlocking the process of spontaneous remission], the implications would be staggering. A rapid, relatively painless recovery from cancer is now considered a miracle. The dream is that it might just become the norm.

That’s a future I’d like to work for.  It has already seen some positive results, and it seems as if more could develop.

And one last note:  Spontaneous remission does not seem to be a miracle. 1 out of 100,000 cancer cases end in spontaneous remission, without treatment.  This year, in the United States alone, the American Cancer Society estimates that 1, 658, 370 NEW cases of cancer will be diagnosed.  What this means is that, statistically speaking, without any treatment whatsoever, 16 of those cases IN THE UNITED STATES ALONE will end in spontaneous remission.  This is normal.  It is rare, but normal.  And 77% of people in the United States are Christian, so about 12-13 of those people will be Christians. And when it happens to Christians, it spreads to other Christians who are looking desperately for proof of God’s existence — which is why these stories are often heard third or fourth hand, as opposed to first.  These stories spread like wildfire, and you are only about four degrees of separation away from just about ever other person in existence, so…yeah. It’s the farthest thing from a miracle that you’ve heard of one of these cases.

In closing, this last point brings to mind something Tim Minchin once said when discussing something that had not a 1 in 100,000 probability of happening, but 1 in 64 million:

I know it’s difficult to let go of miracles; they often hold powerful existential meaning for those who believe in them.  But here, not only does calling something a miracle not have a basis — it seems to possibly slow support for research and indicate there’s a God who works unfairly, giving individuals unnecessary angst.  So it may be a good idea to stop propogating such spontaneous cancer remissions as miracles.  Maybe instead of praying and thanking God, it would be a good idea to contribute your tithe — or at least a portion to it — to cancer research. 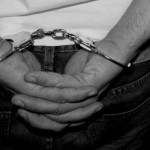 July 20, 2015
Why Was Bernie Sanders Cited And Fined For Resisting Arrest?
Next Post 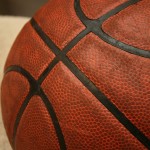 July 24, 2015 Faith Works Because It's Just Glorified Confirmation Bias
Recent Comments
0 | Leave a Comment
Browse Our Archives
get the latest from
Nonreligious
Sign up for our newsletter
POPULAR AT PATHEOS Nonreligious
1