You might remember Douglas Wilson — he’s that preacher Christopher Hitchens toured with and debated a couple years ago.  To jog the memory, here’s the trailer for the documentary of that tour:

Now, to be clear, Christopher Hitchens was accused of sexism for saying that female comedians aren’t funny and that no women he is in a relationship with will work.

But he doesn’t hold a candle to what Douglas Wilson blogged three days ago:

I travel a good bit, spending time in airports and the like, and I have also done hard time at Christian conferences. Having been in this place, I am in a good position to state that there is a marked difference between Christian women and women in the general population. Christian women are a lot prettier.

Yes, he actually said that.

Now, there are a lot of very attractive atheist women. One doesn’t have to go far to see them. But I’m not going to put examples here, because…who the fuck cares? Why is it relevant which side of the debate has more physically attractive women? I mean, seriously?

How is this remotely relevant to the conversation?

Wilson seems to assume that it is, for later, when speculating why these Christian women are supposedly prettier, he states (seriously, I can’t make this up):

Here is my explanation for this [larger proportion of pretty women among predominantly Christian populations]. The phenomenon is grounded in the order of creation, and in the purpose of redemption. What are men and women made out of? The first man was made from the dust of the ground (Gen. 2:7

). But the raw material that went into the creation of Adam was dirt. The first woman was made from the rib of the first man, not from dirt (Gen. 2:22

I mean, I admit my eyes kinda glazed over from the nonsense, until the last phrase. Women are made to be the glory of men? Is he saying that women are just here to make the men look good, which is why Christian women are prettier? It seems that way, cause later he says:

Because man was created before the woman, the apostle tells us that he is the head, he is the authority (1 Tim. 2:11-14

). Man surpasses woman in authority. But the order of creation tells us something else as well. If we are talking about glory, and not authority, woman surpasses man.

So you Christian women are prettier because you’re glorious. That’s what you get, you well behaved, submissive Christian women. Glory. For us men, your masters.

“Do not let your adorning be external—the braiding of hair and the putting on of gold jewelry, or the clothing you wear— but let your adorning be the hidden person of the heart with the imperishable beauty of a gentle and quiet spirit, which in God’s sight is very precious. For this is how the holy women who hoped in God used to adorn themselves, by submitting to their own husbands.” (ESV)

Right. That’s why Christian women are more beautiful. Because they have gentle, quiet, submissive spirits before the men in their lives.

This is in contrast to “unbelieving women.” In Wilson’s words:

Unbelieving women either compete for the attention of men through outlandish messages that communicate some variation of “easy lay,” or in the grip of resentment they give up the endeavor entirely, which is how we get lumberjack dykes. The former is an avid reader of Cosmopolitan and thinks she knows 15K ways to please a man in bed. The latter is just plain surly about the fact that there even are any men.

This is awkward, cause it’s doubly wrong. First, it’s slut shaming at the same time that it’s shaming women who actually think independently and fight for women’s rights. And second, it’s telling Christian women that if they want to be “pretty” according to Wilson’s standards, they have to be submissive, and they can’t fight for more rights — they should submit to the man’s authority, lest they be like those awful “unbelieving women” and become less attractive to the likes of Douglas Wilson (who, with all due respect and then some, isn’t exactly impressive to look at himself).

But wait!  His next sentence is:

Let me anticipate a basic objection.

Oh good. Maybe he’ll explain why he seems so wrong.

But no. Instead, he hammers in the stereotypes of the weary stay-at-home wife, and states that even if the man loses his job, the woman shouldn’t work:

When I posted that sketch of a godly wife, one of the reactions was to point out that some women are not in a position to “have it all together.” They have really sick kids, they are hampered by sickness themselves, life is tough, they might not have the money for a nice dress and perfume, and so on. But this immediate retreat to the hard cases is simply a technique for refusing to let the Scriptures speak to us. If I were to say, as I do say, that husbands ought to work hard and provide for their families (1 Tim. 5:8

), how is it on point to start yelling about a man you know who was laid off at the factory, broke both his legs the next day, and cannot begin to look for work for another couple months yet? The standard is set for us by God, and we work toward that standard as best we can. When obstacles and trials come, as they inevitably do, we are to carry our own burdens (Gal. 6:5

But it is no help at all to declare war on the standard itself. That is a false comfort, a lying trick, and a snare for keeping perpetual victims in bondage. It is an empathy that kills. It is therapeutic Ophrah-speak, and all the prisoners in the penitentiary are being trained to talk that way.

Christian women are prettier because they stay at home and take care of sick kids, and forego things that they want and could get if they got a job. And if they get sick of boredom — tough luck. Don’t complain like those who listen to Oprah. Follow God (the one of Douglas Wilson, specifically).

And what if the Christian women start disliking the standard?  This happens:

This is another way of saying that some Christian women are sadly in the process of being deprived of their glory. They are listening to the serpent again, and they have falsely muddled the serpent’s faux-sympathy with Christian compassion.

But maybe he’s talking about some philosophical beauty — not physical. Which would be bad and insulting, but at least he’s not reducing these women to their appearance.

No such luck. The next sentence says:

And the fact they are [listening to the serpent] registers in their faces. They are taking, to use my wife’s pithy expression, ugly pills.

He then goes on to compliment the Christian women who are actually acting right, and says that this good spirit is “why Christian women are as gracious and as lovely and as glorious as they are.”

Why I Give A Shit

So, why does this matter?

Well, rarely is the attitude stated as strongly as it was by Douglas Wilson here, but it seems Wilson is not the only one to believe what he’s stating. The Bible is full of misogyny, and its words cultivate the kind of attitude Wilson discusses — as seen from these and several other Bible passages.

And also…I have known many women who think that this submissive attitude is the way to make themselves attractive to men — and that being the “glory” of a man should be the purpose of their lives, since God says so.

But is that really the case? If that’s the standard…it seems convenient for men, doesn’t it? Men who want subservient, hard-working women at their side would write the same thing “God” supposedly said regarding submissiveness in the Bible.

What’s more likely — that God created women with desires that ran contrary to his supposed plans for their lives?

Or that men were trying to control women by telling them that submissive, subservient behavior would make women more attractive (and that this attractiveness should be their goal in life)?

To me, it seems clear that it’s the latter. It’s not God. It’s a view written by power hunger, misogynistic men. 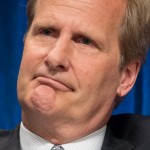 September 22, 2015
Why That Newsroom "America Used To Be The Greatest Country" Clip Is Bullshit
Next Post 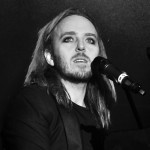 September 25, 2015 A Song for the Pope (Dedicated by an Atheist, in Honor of Recent Statements From His US Visit)
Recent Comments
0 | Leave a Comment
Browse Our Archives
get the latest from
Nonreligious
Sign up for our newsletter
POPULAR AT PATHEOS Nonreligious
1