“I cannot be the only reader who has wondered why God, having given him [St. Paul] so many gifts, withheld from him (what would seem so necessary for the first Christian theologian) that of lucidity and orderly exposition.”

To be sure, in context, CS Lewis is saying that Paul’s beauty is found in his imperfections — that if he had been more clear and straightforward, Christians might have a more difficult time seeing what an authentic Christian life looked like.  But what he indicates, really, is that the Bible is made by a man — God chose to speak through a very human voice.  It seems strange that one would consider this proof of God at all.  If Paul was just speaking with his own human voice — and not a very good one at that — why should I listen to him?

2. The Bible has inconsistencies.

“Whatever view we hold of the divine authority of Scripture must make room for….the apparent inconsistencies between the genealogies in Matt. i and Luke ii; with the accounts of the death of Judas in Matt. xxvii 5 and Acts i 18-19….It seems to me that [this and other facts] rule out the view that every statement in Scripture must be historical truth.”

To be sure, CS Lewis did not reject the Bible wholesale.  He was saying that these inconsistencies made it clear the Bible was not inerrant, but that you could still learn spiritual truths from it if you “learned it in the right spirit.”  What is the “right spirit,” though? If these parts are unreliable…how do we know the rest is reliable?  If the inconsistencies weren’t there, we wouldn’t have known that what they described weren’t true — if it’s possible for the Bible to contain untrue items, how much of the rest is untrue?

“The Book of Job appears to me unhistorical because it begins about a man quite unconnected with all history or even legend, with no genealogy, living in a country of which the Bible elsewhere has hardly anything to say.”

“You see, the question about Jonah and the great fish does not turn simply on intrinsic probability. The point is that the whole Book of Jonah has to me the air of being a moral romance, a quite different kind of thing from, say, the account of King David or the New Testament narratives, not pegged, like them, into any historical situation.

“In what sense does the Bible ‘present’ this story ‘as historical’? Of course it doesn’tsay ‘This is fiction’: but then neither does Our Lord say that His Unjust Judge, Good Samaritan, or Prodigal Son are fiction. (I would put Esther in the same category as Jonah for the same reason.)”

To be clear, CS Lewis did think the book was relevant as a parable, nothing more.  How much of the rest of the Bible is a parable, then, I wondered…

4. The book of Genesis came from pagan myths.

“I have therefore no difficulty in accepting, say, the view of those scholars who tell us that the account of Creation in Genesis is derived from earlier Semitic stories which were Pagan and mythical.”

CS Lewis is saying here that this myth may have come before the Genesis account was written, but that it was probably passed down by God.  Just the same, it acknowledges that the myth might be derivative of pagan accounts.  Who is to say that the version here is the “right” one when there were earlier ones? And if the story came from the pagan accounts first — which God commanded things like the flood? 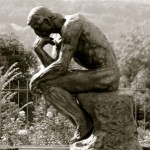 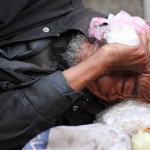 June 16, 2015 What Should We Do With Homeless People? A Modest Proposal
Recent Comments
0 | Leave a Comment
"This is nice content. Actually in this world, education is very important for us and ..."
Ajay Kamboj Why do Christians who rarely read ..."
"The essence of the story is that before the eating of the apple, Adam and ..."
Rich Faussette Eve Is My Hero: An Atheist’s ..."
"God's Holy Spirit helps us understand His Word. His written word is the story of ..."
m cormier Four Things CS Lewis Said About ..."
"Once you read the Bible multiple times, you can see it inerrant. Who cares what ..."
Dr. Jerry Fowler Four Things CS Lewis Said About ..."
Browse Our Archives
get the latest from
Nonreligious
Sign up for our newsletter
POPULAR AT PATHEOS Nonreligious
1