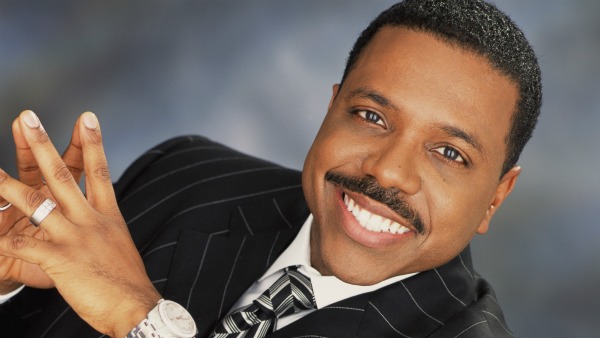 The headlines were surprising.  Creflo Dollar (yes, that’s his real name), a pastor at World Changers Church International headquartered in Atlanta, Georgia, actually had the nerve to ask his congregation and watchers, nationwide, of his program on the Internet, to replace his broken-down private jet with a state of the art model.  And the plane Dollar requested, the Gulfstream G650, is not just your run-of-the-mill private jet.  It’s, according to a quote on the Gulfstream website, “The biggest, fastest, most luxurious, longest range and most technologically advanced jet — by far — that Gulfstream has ever built.”  Indeed, its writeup is impressive — click here and see for yourself.

Nor is this the only indicator of Creflo Dollar’s success in amassing wealth.  A Daily Beast article states:

Testimonies from Dollar’s followers are hard to come by, but there’s no denying the World Changers Church International system, whereby Dollar takes and God is supposed to act like an ATM, has worked out well for Dollar.

Besides the aging private jet, Dollar and his wife, Taffi Dollar, have two Rolls Royce’s and multiple multi-million-dollar homes (they sold one New York City apartment for $3.75 million in 2012.) Mr. Dollar wears gaudy pinstripe suits and crocodile shoes, and Mrs. Dollar has a side-career as a record label CEO and gospel singer.

In addition, I found out that most of Creflo Dollar’s followers didn’t have much money — as the The Root stated, “Dollar has an estimated net worth of $27 million—900 times more than the $29,640 average annual income in College Park, Ga., where he holds court.”  So I was thoroughly interested.  How could he get them to dig that deep into their pocketbooks?

Now, I’m not always angry at Christianity.  Some days, I hardly think about it.  Most of the time, I’m not beet-red furious.  Frequently, although I’m fairly vocal online, in person I’m a live-and-let-live person, much of the time.  Religion isn’t my thing, and I’ll fight it on a larger level, but there is usually a part of me that says, on some level, that if religion is your thing…it may be wrong and somewhat harmful, but at least it makes you happy.  Some days I’ll go for days at time where religion hardly upsets me at all, honestly.

My curiosity as to what kind of sermons could prompt a congregation to give that much money to their minister ended all that.  I boiled with rage halfway through.

You don’t want to watch it.  It’s an hour long, and I’m gonna go through it to save you the trouble.  But in case you’re ever curious as to how manipulative a pastor can be, against my better judgment, here is a YouTube video of one of Creflo Dollar’s hour-long sermons:

The first twenty minutes are about renewing your mind, about presenting yourself as a living sacrifice, about not worrying about what the world thinks and the world’s concerns, and focusing on God, instead.  I remember being in church once and just accepting that, but as an atheist I can see that he is clearly cutting his congregation off from every world-based concern that they have.  At one point, he says that if you lose your job and are worried about money, you need to change the way you feel by changing the way you think, and you can change the way you think by talking about concentrating on God as opposed to feeling upset that you don’t have money.  And that will make you happy.  God will make you happy.

Basically, Creflo Dollar, with subtle skill, manages to cut off the congregation from every single connection they would have to an awareness of life outside of the web of lies he is weaving with Bible verses like, Romans 12:1, which says to present your bodies to God (a God defined by Creflo Dollar) as living sacrifices, holy and acceptable to said God.  Every concern about doing this, every worry, every practical suspicion, is cut off.  It’s truly disturbing, those first 15 minutes.

Then, he talks about death.  And he focused on how he was able to make people happy about death — which isn’t surprising, because it became obvious that Dollar has the ability to use a definition of God that cuts people off from being concerned about day-to-day affairs.  So he could use it to cut people off from their grief, and give them a more beautiful picture.  One in which, he said, they would see their loved ones.  He describes the picture to his congregation in invigorating detail.  I mean, I don’t believe any of it, and I thought it was beautiful.  And with the tunnel vision that took out the world’s concerns strategically in the first 20 minutes, the congregation is taking it in.  They’re laughing.  They’re excited, too.

And honestly, man…I dunno.  If that was all it was — made these people happy — I wouldn’t have as much of a problem with it.  But by making those people happy, and doing it by cutting them off from “worldly” concerns that might make people doubt what he was saying and what he was telling them to do, he was able to control the picture that made these people happy, bending it at will.  And so, after discussing heaven, he introduced the concept that demons also existed.  People said, “Amen” in response, like this was an accepted truth.  Demons were the consequence — what happened in the innermost parts of your soul — that were looking for an opportunity to come into you and fill you with their grim influence.  They were trying to snatch you away from the world Creflo Dollar created, trying to take you to a dark, eternal hell.  And when he mentioned it, you could almost feel the grim fingers, if you gave in, begin to take hold of your soul.

This is all the more infuriating knowing that Creflo Dollar doesn’t really believe this.  He doesn’t.  Or why would he ask them for a state-of-the-art jet?  He says he is trusting God, but that’s a lie.  He’s trusting his ability to manipulate people, and it’s working.

And then, he talks about hell.  He describes it in a pastor’s voice, but it’s a chilling picture — of seeing angels and demons, and wanting to be with God, but the demons pulling you back, because you listened to other people, like doubters and “liberals.”  It’s truly frightening.

And then he says, around 34:27, Dollar says that God will tell people who are going to hell, “It ain’t my fault.  Every time you saw Creflo Dollar you changed the channel cause they said he was a crook.”

Then he goes on:

And so now, all of a sudden, you’re in this place called hell.  This place you didn’t think existed.  You’re seeing creatures you’ve never seen before. You’re suffering pain that you’ve never suffered before. Huh.  Now you realize that all your life, you were deceived….And all of a sudden it will be revealed.  Satan and his demons will laugh at you and say, “We fooled you, fool. You belong to us. And for not using your body correctly, and not making the right decisions, we will torment you…we’ll torment you for eternity.  You will never cease to feel the pain that will come.  It will be eternal pain forever.” [Sighs] And you have the chance to do it now.  Intoxicated thinking got you there.  Some intelligent guy who’s been to school, who’s got degrees, he’s too intelligent to believe this.  But [that] fool will burn in hell with all of his intelligence, as he finally comes to the place of understanding how dumb he was.  His thinking was intoxicated. He was drunk all his life, and thought he was sober.

I don’t know whether to strangle him or cry about what he’s doing to all these people.

But that’s what you say to get 200,000 people who can’t afford it to buy you a state of the art private jet. You rip their hearts out of their chests and their minds out of their skulls out and hold them in your hands and call it God, and if they don’t follow God, you make sure God makes it hurt.

And then, as if that’s not enough to seal the deal, he starts complimenting people like himself who “save” people from hell, to the applause of the audience.  He begins to exalt them, bringing them closer to God’s status, and talking about the importance of ministry, before he comes back to a discussion of thinking that is extremely insistent (at about 45:00):

He then talks about the way that changing your thinking can change your life, and says that a man who does not expose his mind to the Word of God cannot change his life.

Many people seem to argue that the people who would fund Creflo Dollar’s jet are stupid.  But it’s not that simple, guys.  These people are scared.  Who knows — Creflo Dollar might be afraid himself (though I think it’s more likely that he’s being manipulative). There is a very strategic pattern here used to control people that is extremely effective — it’s not as simple as them being gullible.  They have been insulated thoroughly by a very skilled manipulator into believing something that’s not true.  I think there’s some compassion for these people to be had, in addition to anger at the message they are taught.

Although my stomach churns at the thought that there are millions of Creflo Dollars in the world today, and makes me want to fight harder to expose them 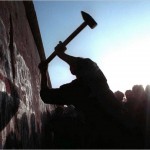 March 15, 2015
In Response To "Stop Breaking Up The Atheist Community With Social Justice Rants": A Rant
Next Post

March 17, 2015 Starbucks's "Race Together" Hypocrisy: What They Should Do Instead
Recent Comments
0 | Leave a Comment
Browse Our Archives
get the latest from
Nonreligious
Sign up for our newsletter
POPULAR AT PATHEOS Nonreligious
1