How a Heart that Hates Christianity Works

How a Heart that Hates Christianity Works October 5, 2015 Martin Hughes

I’m an atheist, but my heart bleeds when I see someone determined to show “Childlike Faith” at difficult times in their life.

When someone is struggling with life and says, “I love Jesus, and I trust he’ll get me through this” I usually won’t rebut, without invitation, “No, he won’t. God doesn’t give a shit about you, because he doesn’t exist.” I won’t lie; if you ask me my stance on God, I’ll tell you straight up. But I’m not out to ruin people’s sense of security just for the sake of doing it.

Because — well, let’s be real for a second. We’ve got an average of about 75 years on this planet. And while we’re here, in addition to seeing the wonder of nature, science, love, and the rest, all of us are going to have hard times. I’m of the school that thinks it’s perfectly fine to admit that sometimes life is shitty, painful, hard, or lonely. And when it is, people need to lean on a friend, oftentimes, and when there don’t seem to be real ones available, the temptation is powerful to give in and make one up.

Yeah, I’m first in line to remind others that we shouldn’t lie to people. But I am also a humanist because I give a shit about people’s feelings. It really pulls at my heartstrings.

Seriously. I mean, my heart naturally kinda wells up and I tear up a little when I hear about the kind of faith you hear in songs like “Bring Him Home.”

I have Christian friends with this kind of faith — friends who are going through hard times, who manage to get through the next day, they believe (and they may be right) because they think the God of the Universe loves them. That love gives them a kind of hope to chase where there wasn’t one before.

The one chasing the carrot on the stick does not make me angry. I mean, maybe — if the, like, chase for the carrot ends up in the carrot-chaser having so much tunnel vision that he knocks down and hurts other people. OK, sure, that bothers me. But the basic desire for the carrot? That hunger, that hope? No, that, in its raw form, I get. Everybody’s got a hungry heart.

What makes me upset is that these people are being fooled. They will never grasp the carrot on the stick. They will stretch for it all their lives, reaching for it above other aspirations, above the angst they feel for the other would-be partners in their lives, above freedom in the love they could show actual real existence…and they will never get it. They will live and grasp for and plead for it all their lives, and they’ll die, and that’ll be it.  And in the process, without them even fully knowing it, their tunnel vision for a carrot causes them to regard the carrot over anything — no matter how beautifully alive it is — that may get in the way of their chase.

Does that make sense? Does it make sense that the fact that I care about them would make me angry?

This system strikes me as profoundly cruel. And yet it’s fairly delicate work to describe why I think that’s cruel, because saying that it’s cruel sounds awfully like I’m insulting Christians, personally, sometimes. As if I’m trying to ruin their beautiful story. When that’s not the case at all — I want everyone to have a beautiful story. I just get upset when I see people pacified with lies.

Which is why I’m not quite as passive as some atheists.  I choose my battles, but overall I’m trying to remove the blinders, take away the mirage of  the carrot, and show the person that no, God doesn’t exist — but there are people who care and want to make the world better for you. You don’t need the carrot, because we’re here.

I can’t be outspoken about atheism without being outspoken about humanism, because I think that a lot of people who have that kind of innocent, desperate side faith in God (as opposed to the proud, arrogant side of faith — which is often on the other side of the same coin in the same person) are looking for someone(s) who care about them.

I get especially angry when God is used as a way to try to silence people who have very serious grievances in society. But this anger is often mixed with empathy. An example would be this guy with a hole in his head.

Experiments with radiation were done on his head, and as a result he grew up with a huge hole on the top of his head.  And because he believed in God, he decided to forgive.

I feel for this man. Somewhere along the line, people may have pacified him with a version of God that said he should accept his fate without further legal action because God had a better tomorrow. So that hits a soft spot in me. But the other thing is that…he tells others suffering that they should act like he did. And that’s where I have to speak up — because no, you shouldn’t be pacified like that. You have a right to expect justice, instead of the lie of a nonexistent puppet-God.

And I see this among many people — God is too often used as a way to pacify people who have very serious problems in society.  The focus is on the carrot, on putting one foot in front of the other, instead, sometimes, of very real outrage at the injustices suffered, or instead of enriching connections to people who actually exist.

This stance is nothing new. I’ve said before, for instance, that I feel sorry for the family that respected the Duggars and felt guilty for not measuring up to them.

But I’m mad as hell at the fact that the Duggars were hypocrites — making families ashamed of things they themselves were doing. And I’m also upset that, afterwards, they tried to encourage people to forgive them, and that others said that we should because of God’s grace.

No. Quit hiding behind God’s grace to be nasty to people, or to force people to accept “God’s plan” instead of making you uncomfortable with criticism, honest struggle, or demands for change.

Quit using God to convince people to work against their own self-interests, and those of the rest of humanity.

Quit creating a God to coerce people into acting outside of their desires for irrational reasons that have nothing to do with what actually exists.

It’s not the victims I’m angry at, nearly as much as the results and machinery of the victimizing.

I love many Christians who are close to me, and it breaks my heart to see them sacrificing relationships, freedom, knowledge, and their own self interests for a God who doesn’t exist they’ll never see.

In this one life we have, we have our last chance to stand by each other, to give a shit about each other’s lives, to be passionate about our relationships with each other and existence.

To fight against ideologies that get in the way of us standing by each other because of bullshit dedications to something above ourselves, especially something that arbitrarily splits us up into those going to heaven and going to hell.

I dream of a world in which we stand by each other, through the difficult times, through the fights for injustice, through the passionate and the low times of our lives, through each of our 75 years on this earth, with as much dedication to ourselves and as little interference from meddlesome nonexistent beings as possible. It’s the divisions these dieties create that bother me.

I guess what I’m really trying to say is that my whole problem with Christianity is not Christians so much as the fact that they are being lied to and are often made to feel guilty because of the lie. 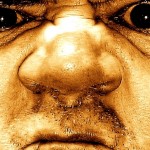 October 3, 2015
The Christian Obsession With Insulting Atheists
Next Post 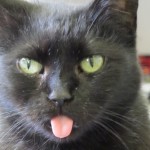 October 6, 2015 A Short Message To Christians Offended By Atheist Insults
Recent Comments
0 | Leave a Comment
Browse Our Archives
get the latest from
Nonreligious
Sign up for our newsletter
POPULAR AT PATHEOS Nonreligious
1