If you speak out against hate, the atheist community has your back.

If you speak out against hate, the atheist community has your back. July 6, 2016 Martin Hughes

About a week ago, I watched a video that incensed and depressed me.

It was a video made by The Amazing Atheist, and it was basically an answer to twenty questions from black people. Some of his answers revealed a disturbing degree of misunderstanding and racism.

It was an uncomfortable truth. Black people alienated from religious families and coming to atheism would be, it seemed, introduced to a culture that saw black culture as little more than “a victim cult.” That wasn’t willing to listen to their lives or understand their experiences, but was very interested in saying that most of their concerns were made up, no matter how well-documented they were.

So I wrote about it in a post. I honestly didn’t expect the post to get many views.  Maybe a few thousand, at the most. But it was worth it, because it would show some other black people out there that they weren’t alone.

The Amazing Atheist, incensed, made a response post insisting that calling black culture “a victim cult” wasn’t racist, among other things. I felt like it was me, against hundreds of thousands of fans. It was a bit intimidating, to be honest.

At least, for the first hour. Then it all changed. And I want to write this to let any member of a marginalized group know that even though people like The Amazing Atheist have plenty of bark and a lot of apparent prominence, there’s a large and prominent atheist community that will have the back of even a random side-blogger who speaks up.

Steve Shives, a man I respected since he criticized The Case For Christ, contacted me, looking to give me an interview. The support I experienced from him was awesome, and I needed it right after that episode.

The Naked Diner Podcast gave me an unscheduled interview.

Niki Massey wrote about the issue on her blog Seriously?!?. Twice. Both times in support, and we’ve actually found each other online because of this and had a couple awesome conversations.

Chris Hall also made it clear he was standing by me, and even sent a couple people to my Patreon account.

Greta Christina, a fairly prominent atheist, also had my back. Which was awesome, as I’ve supported her for some time. She commented on my post in an awesome discussion discussing the definitions of racism and sexism. I was going to do something like that, but she did an awesome job, so I’ll direct you to her post.

My fellow Patheos blogger Matthew Facciani gave me a shout-out in a post discussing the importance of fighting racism, as did the awesome podcaster/blogger  Trav Mamone.

My friend Kaveh Mousavi wrote a critical post in support.

Adam Collins of was also outspoken about his support and would like to have a friendly chat on his podcast Adamant Atheism.

Kathleen Duncan over at No God Blog also wrote a post in support.

And many of my fellow Patheos Atheist bloggers have informed me clearly, privately and publicly, that they have my back.

And out of the thousands of comments on my blog posts on this issue — if you go to the “Disqus” bar and sort them by “best,” you’ll see that most people avidly upvoted comments in support of me.

My in-person atheist friends supported me by the dozens.

And so I have a correction to make. One week ago I was feeling depressed about the state of the community and largely hopeless. But I can’t say that now. I have to say, based on the support I’ve gotten over the past week, that if you speak out against racism and other issues in the atheist community, the atheist community has your back.  I didn’t plan this. It was all organic, and The Amazing Atheist is currently so bewildered about this he thinks that it’s a conspiracy to take down his channel. That is surprising to me. The atheist community has overwhelmed him so much that he is afraid that we’re all conspiring. No. It’s just that, contrary to what you may seen on YouTube, a whole lot of us aren’t racist assholes, and we’re more than willing to stand up against those who are.

Also, in the past week I posted a Patreon account to Facebook. And today we reached our first goal! In less than a week, we went from $0 to $51. As I write, it really helps t know that a substantial number of people actually have my back — and the back of anyone else who calls out harmful prejudice in the atheist community. So thank you.

Thank you to all of my patrons. I’m looking forward to a longstanding working relationship with you as we continue to break down harmful barriers that prevent understanding and enforce marginalization.  Thank you, specifically, to Julia A., Shannon M., Brand G., Paddy M., Max K., Christopher S., Bobby C., “Peanut,” Sam G., Steve Shives, James B., Catherine F., and Donnie S.

It’s been a beautiful week. You’ve given me far more support than I prophesied or anticipated.

Thanks for proving me wrong.

I’m ending this with a direct quote from Martin himself, with his permission of course.  I asked him privately how he was handling the sudden attention avalanche. His answer:

“…I can say that I respond to it, insofar as I feel is important. To be honest, I appreciate the way this controversy highlights some points I’ve been making for some time. It’s depressing to find out that some parts of atheism are more ignorantly racist than I anticipated. At the same time, there is a surprising base of support. It’s a bit like stepping away from Christianity — you’re always a bit apprehensive before you know atheists have your back. In calling out The Amazing Atheist, I had the same apprehension at first. But knowing that I have the support I do makes me much more confident. I just want other minorities thinking about becoming atheists to know this, too — a major, influential part of the general atheist “culture” in the United States does have your back.” 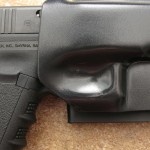 July 7, 2016 Philando Castile's murder is the racist claim that "black culture is a victim cult" in action
Recent Comments
0 | Leave a Comment
Browse Our Archives
get the latest from
Nonreligious
Sign up for our newsletter
POPULAR AT PATHEOS Nonreligious
1