I’d Be A Nihilist If I Weren’t A Hedonist

When it comes to my personal life philosophy, I tend to start by going straight to nihilism. Right down to the dregs, and then I ask myself, “Why can’t I stay here?”

And I think that’s somewhat an important question to ask, for me. Not for everyone, but for me. Let’s start out with a clean slate, and see what is left.

Maybe you think this is harder than it looks, and I’d agree. First, the idea of a clean slate is, itself, one that we made up; it’s not “clean” itself. And the very thought that starting out with a clean slate is a good thing is a product of culture, environment, etc. Therein lies the great paradox of trying to find a clean slate — the concept of a clean slate itself is not clean, and so you’re doomed to failure from the outset.

But the concept is somewhat helpful, in that it forces me to continually answer the question, “Why?”

I’ve found it a rather interesting feature of my education that, at every turn, what I learned deconstructed the value of education in various ways. The more I learned about the structure behind our patterns of thought and our values, the more I saw that things I took for granted or set in stone as good or bad weren’t that simple; they were constructs, made-up concepts, that at several points in the history of their construction could have been built one way or the other, although, after several generations, we take them for granted.

The disconcerting thing about knowing this is that the things you once knew as objective fact become accidents of subjective preferences that largely depended on happenstance. So you become less confident about a lot of things, which makes you curious about what else you don’t know. And so much of what we take for granted as reality seems so constructed that you get tempted to peak behind the curtain.

But there is no objective “behind the curtain,” I’ve found — there’s always, it seems, one more construction, one more “why” —  you’ve jumped down the rabbit hole, and it seems like you’re maybe going to fall forever, and there’s nothing, necessarily, to hold onto on the way down.

And so sometimes, in my case, I have to think, “What’s next? What do I hold onto to keep from falling?”

Here’s the thing, though: People are fickle. And I think they have a right to be. No person should be there just to prop me up, to make me feel good, to take the emotional burden that is my life. Help them? Sure, I can. Depend on them? No, I can’t. And I’m not saying I should be able to; they have their own lives, and I should respect that. And altruism isn’t something to really hold onto, either, because it’s outside yourself; if you are altruistic for your own salvation, you’re not being altruistic, and sooner or later that’ll be exposed in an ugly way.

How to respond? I could say, “F**k you, this is my life.” That has a certain utility to it. But the fact is that even though it IS my life, your judgment is your judgment, and you can think of me as you see fit. You can judge me and say about me what you like. It’s your life, it’s your right. Although it does make me uncomfortable…which puts me right back into the existential angst…

Why does it make me feel uncomfortable? Why do I care about what people think?

And you say, “Stop caring about what people think. I don’t, and it solves a ton of problems.”

Anyways…we’re getting off topic. I was explaining how I’m falling down this abyss of constructed subjectivity and the accidents of circumstance that lies behind objective values, trying to get to the bottom of it. How I was trying to argue all the way down to nihilism.

Yeah, I know that’s all still constructed by circumstances and the brain and blah, blah, blah. I’m not talking about that part. I’m talking about the raw experience. That feeling. Everything else taken away, so far as I can see — I want to live because I feel desire, and I love the experience of having a desire fulfilled. The classic answer to, “Should I kill myself or get a cup of coffee,” for me is simply that the coffee tastes better.

And so from that basis, that feeling, I build my entire moral system, because I want to. It’s an openly selfish enterprise; I make no pretense about it being purely altruistic. And therein lies my hedonistic philosophy; I see morality as a thing I can help build to make as many people able to freely embrace their freely chosen desires as possible, simply because I love doing it. Same with social justice. Same with human relationships. These are all tools to help us achieve and realize desire, because my desire is AWESOME and fulfilling it feels great, and knowing that I’m causing others to fulfill it feels even better.

That’s been my view increasingly over the last few years. It’s the main reason I became an anti-theist and relaxed my own views on spirituality. I thought I wanted a perfect world…but then I realized that I just wanted everyone to be as happy and openly accepted in the past, present, and future as possible, and religion was only a problem when it was in the way of that, and that fighting directly against religion wasn’t really accomplishing my goal of encouraging or fostering happiness. So I shifted my position, a bit.

It’s what I hold onto in the face of constant learning and constantly shifting constructions — it’s what keeps me going. The reason I’m not a nihilist. Maybe it’s different for you. That’s OK.

I just hope it’s what you want.

“Finding my way through the darkness, guided by a beating heart…”

PS: I want to thank all 32 of my patrons who make posts like this possible. 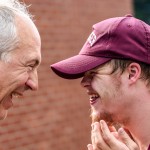 June 25, 2017
Give Me a Chance to Convince You to Stop Being Ableist
Next Post 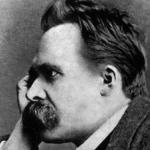 August 10, 2017 Christian Apologists, Stop Misusing Nietzsche's "The Madman"
Recent Comments
0 | Leave a Comment
Browse Our Archives
get the latest from
Nonreligious
Sign up for our newsletter
POPULAR AT PATHEOS Nonreligious
1