I’m Not Going To See Him In Heaven: An Atheist’s Thoughts On Memorial Day

When I thought about soldiers dying in war, for some reason, I thought death was this grim thing, with sad music in the background, huge granite monuments, somber-faced salutes, and this whole arena of deep sacredness to it all.  Which is why the death of my friend in 2013 didn’t make sense.  It didn’t fit.

I kinda still thought of him as a kid. He laughed and joked a lot.  He was ridiculously funny — I remember that when I used to to tutor in math — always jolly and cutting up, always laughing and smiling with a love that overflowed to everyone around him.  For a couple years, he was like the younger brother I never had.  Then we went our separate ways, as people do, and lost touch for several years.  But I’d see his ridiculous antics on Facebook, see the light in his dancing eyes the few times we got to meet, heard others talk about him with smiles, and knew that just by his being here he made the world brighter.  He was focused and did well in school and in his career, but he was so full of jokes and laughter that you wouldn’t really be able to tell.  Like I said, I still thought of him as a kid.  I thought that we’d maybe hang out once he got back from his Afghanistan tour, and we’d talk and laugh and catch up. It wasn’t, like, a big deal.  The kid was too friendly and outgoing and full of life to not have a full fifty years or so ahead of him.

Most people think they’re invincible in their twenties; this guy, without really trying, convinced us all that it was true.

And I hesitate to be too somber here.  On his Facebook page, people are still posting on his wall, cutting up jokes, etc.  Talk to his friends in person, and they’re liable to talk about him with more laughter than tears.  But still…it seems that one of the most common things said is that we don’t know how to make it make sense.

Why the hell did he die?

One of the ways some people have tried to make it make sense is by saying they’ll see him in heaven.  And, to be honest — his death happened about the time I left Christianity, so I wished I could believe that, for awhile, to be dead honest with you.  I mean, I couldn’t stand being around God, really, and there are a few problems with the idea of hell, but it would be awesome to die and see him standing there, waiting for me, grinning from ear to ear, giving me a hard time about taking everything so seriously in this blog post.

(But then, a couple weeks later, I had a friend who hung himself in his parents’ basement who, according to the theology I had grown up with, probably went to hell, and I was relieved not to be a Christian then…but that’s a bit beside the point.  Anyway…)

I don’t believe in heaven, though.  I think this is it.  So yeah, that makes the death of my friend hard.

There was a beauty in it, though.  He was a First Lieutenant, and he died because he was approached by a suicide bomber.  He went to check it out, saving most of his men — who would have died if the suicide bomber had continued approaching.  There’s meaning there in someone who had such an easy connection to everyone around him that that kind of sacrifice was something he would do without hesitation.  He wanted to protect his men and his country — the strong connection he displayed through the jokes and the smile and the outgoing enthusiasm made his heroism no surprise to those who knew him.  Of course he would have his friends’ back.

So that’s beautiful.  Something to recognize and learn from — dedication is not always in hollowed halls of somber tones.  Dedication to humanity is also found in the laughter and smiles we share.  If you want a bumper sticker, there ya go.

But that beautiful message doesn’t take away the cold, hard reality that I’ll never see him again. The death still doesn’t make sense…and, again, I’m never going to see him.  The world lost someone who made the world brighter, and that’s a shame no matter what spin you put on it.

I think that the fact that I’ll never see my friend again causes me to look at this life a bit differently.  I look at his life and I see that there is value in protecting people you care about.  And then I also look at it and I think that we need to be sure that this protection is actually protection.  Like, deaths in combat are sad, and we shouldn’t have people die deaths that they don’t need to die. But we also need to honor sacrifices that people have made.  And we need to respect our veterans and those who come back home with PTSD — I only experienced one friends’ death that I didn’t witness and hadn’t been in contact with for years, and it deeply affected me.  How much more psychologically affected would a soldier be who saw someone like my friend and others die?  Especially when you’re young…

I’m ambivalent about war.  I’d prefer we kill as few people as possible, and I’m more skeptical than most people concerning the need for various wars.  And my friend’s death makes me hate war more.  But my friend’s sacrifice makes me respect him more, and gives me a deep sense of humility and gratitude.

And the fact that I’ll never see him again makes both of those things — the criticism of the need for war, and the sense of deep humility and gratitude for the troops who sacrificed their lives for their comrades and, by extension, for me — very important to me in a way that doesn’t exactly harmonize or resolve.

So the anger from the fact that I’ll never see my friend prompts me to respect the sacrifice of the men and women in the military.  At the same time, I will not allow the grief over the death of my friend and respect of his sacrifice to be manipulated into an obligation to write off criticism of current or future wars that will send more people to their deaths.

It’s a reminder to respect and protect others; that’s a legacy he’s left me with.  And the reminder that this need not be a somber drudgery, just as thinking about him gives me a smile through the tears. 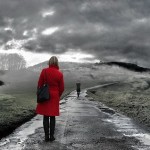 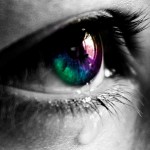 May 23, 2015 Quiverfull Trust Issues: The Oldest Son From A Quiverfull Family Reflects On The Duggars
Recent Comments
0 | Leave a Comment
Browse Our Archives
Follow Us!