So, Kim Davis, I found out a few weeks ago, is actually a Democrat. She ran for County Clerk…as a Democrat.

But the Republicans have been trying hard to tempt her to come to their party. Ted Cruz spoke highly of her. Ben Carson supported her. Mike Huckabee showered her with praise and support.

And meanwhile, Davis has felt a bit put out. Because in spite of that praise, her dear Democrats (like yours truly) haven’t given her the support she’s looking for.

This is my sad face.

ABC reports that Kim Davis recently stated: “I’ve always been a Democrat, but the party left me.” The source also states that Davis’s mother was a Democrat while serving as a County Clerk.

Davis also complains that the governor of her state hasn’t helped her out, either:

Davis meanwhile lumps blame for her legal problems on Steve Beshear, the state’s Democratic governor, who refused to call the state legislature for a special session and allow lawmakers to hammer out a way to exempt religious clerks from issuing the licenses.

And it seems official. She’s talked to her husband about how the Democrats left her, as well:

“My husband and I had talked about it for quite a while and we came to the conclusion that the Democratic Party left us a long time ago, so why were we hanging on?” she told Reuters in an interview at a hotel in Washington, where she has traveled to be feted at a Family Research Council event later on Friday.

(Yes, that’s this Family Research Council, the same one labeled by the Southern Poverty Law Center as a hate group.)

As a Democrat…why are you leaving us, Davis? Stop, don’t, come back…

Assuming that [hopefully] that didn’t make her change her mind…I guess she’s all yours, Republicans. 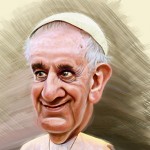 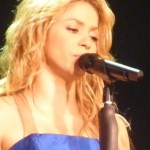 September 26, 2015 Shakira sings "Imagine there's no heaven...and no religion, too" right after Pope speaks at UN
Recent Comments
0 | Leave a Comment
"lol... of course a lib-tard is gonna say "no way - we don't lose all ..."
Stephen Russell Why That Newsroom “America Used To ..."
"Just declaring Christian Belief Insulting dos not make it Insulting, and twisting it doesn't make ..."
skwills The Christian Obsession With Insulting Atheists
"But, No Evidence that they want this exists."
skwills The Christian Obsession With Insulting Atheists
"That phrase has NOTHING to do with Black slaves. ZERO. The ENTIRE poem has to ..."
SelfCancelled The Anthem’s Racist Lyrics: “No Refuge ..."
Browse Our Archives
get the latest from
Nonreligious
Sign up for our newsletter
POPULAR AT PATHEOS Nonreligious
1